People dressed as Albert Einstein trying to get a Guinness record for the largest Einstein gathering, to raise money for School on Wheels and homeless children's education, in Los Angeles, California, on June 27, 2015.

The writer John Wray learned a thing or two about Albert Einstein while researching his new novel, "The Lost Time Accidents." For one, he says that despite Einstein’s fame and charming persona, the physicist always had a surprising quality — a lack of interest in popularity.

“He really truly had no interest in the trappings of fame or fortune,” Wray says. “He truly was an outsider, even in Princeton. You know, he spent most of his time alone, and he truly had a remarkable sense of humor — about himself, as well as the society he was in.”

This is something that Wray plays with, in his novel, centered on an Eastern European family in the early 1900s, who are convinced that they’ve discovered the secret to time travel. The protagonists also believe that Einstein is their archenemy, so much so that they refuse to mention the physicist by name, referring to him instead as “the patent clerk.” 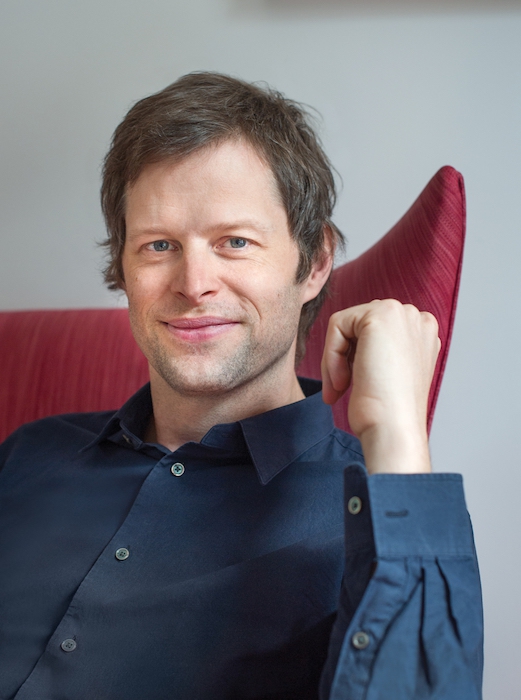 Novelist John Wray, a US and Austrian citizen living in New York City.

“He’s the name that must not be spoken,” Wray says, adding that in the book, it was a comic decision to keep Einstein on the outskirts. But he notes that in Einstein’s lifetime, science had an aura of mystery to it. And as a public figure, Einstein, despite his reserve, was in some ways a messenger for that mystery.

“I think another reason that Einstein has become such a popular and enduring icon is that, when he began to publish his theories, and even to this day, a lot of people are a little bit frightened by science,” Wray says. “And the implications of science seem to be very cold and forbidding, and they seem to be negating a lot of the things that people hold dear, their spirituality and their religion. And here comes Einstein, who’s so warm and generous and modest and almost saint-like in a certain way.”

That helped cement him as a pop-culture icon, despite the complexity — or controversy — of his theories.

“Einstein's scientific career evolved almost in parallel with various forms of modern media, with you know, the newsreel and radio and then later film,” he says. “And he was very well-suited to these forms of media because you couldn't possibly reduce his theories to a sound bite, but you could certainly reduce his persona to a tidy little caricature. And that I think caused him to be very effectively transmitted worldwide as this kind of concept.”

But even as Einstein became globally synonymous with “genius,” his controversial ideas about quantum theory once again placed him in the fringes of his field.

“The very … willingness on Einstein's part to tilt at windmills and risk the disapproval and sort of incredulity of his colleagues in the last third of his life became this truly quixotic quest to disprove various innovations and discoveries and theories that had directly sprung from relativity,” Wray says. “Einstein was completely alone in his resistance to the implications of his own earlier work.”

For Wray, that closing epoch brings a certain symmetry to Einstein’s career trajectory.

“He began as a complete outsider who was not taken seriously,” he says. “Suddenly, he became the absolute, utter, total insider in the sense that his ideas and work could not have been more central to every aspect of physics. ... And then after that relatively brief period of a decade or two, he moved farther and farther out of relevance, essentially.”

“And he ended up in a very similar position to that in which he began — that of a total outsider.”