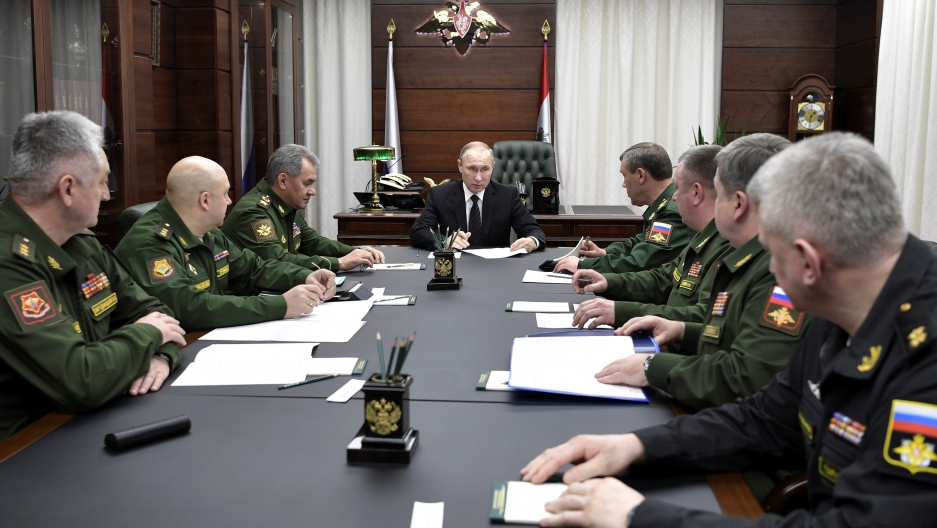 After more than 20 years of teamwork between the US and Russia on nuclear arms control, experts are worried that the two countries could face another nuclear arms race — leaving some Russians and Americans nostalgic for the years after the Cold War.

Read more: America's missileers stand ready to launch nuclear weapons — and pray they won't have to

For anyone who remembers the rhetoric of the Cold War, this sort of exchange will seem familiar. The US and the Soviet Union spent decades threatening each other with nuclear destruction. But the two powers eventually found a way to reduce their arsenals through a series of treaties and partnerships that continued into recent years.

This month, the architects of one of those partnerships, the Nunn-Lugar Cooperative Threat Reduction Program, met in Washington for a 25th-anniversary conference. Looking back, many lamented the breakdown in US-Russia relations.

“There is a feeling of nostalgia,” said General Viktor Esin, former commander of Russia Strategic Rocket Forces. “I really wish that the times when the US and Russia cooperated would come back.”

Richard Lugar, who served as a Republican senator for 36 years, remembered how the project began. When the Soviet Union started to fall apart, a group of Russian officials flew to Washington to meet with him.

"They said, 'Well, essentially, you are the targets of our nuclear weapons,'" Lugar recalled. According to the officials, disunity in the military had left Soviet nuclear weapons insecure: “The people that have been guarding the weapons have been deserting,” they told Lugar. “You are very vulnerable right now.”

Lugar had long been conscious of the risks that nuclear weapons posed. He once visited a Soviet missile silo and learned that even small cities like his hometown of Indianapolis had been considered targets.

“I had been mayor of Indianapolis, Indiana, for eight years,” Lugar said. “It never occurred to me during that period of time that we might have been a target, that one or two of those warheads could have obliterated the whole city.”

With that sense of vulnerability in mind, Lugar found an unlikely ally in former Democratic Senator Sam Nunn. In November of 1991, the two of them convinced members of both parties to support a partnership with the Soviet Union. It specifically targeted “loose nukes,” or weapons that were poorly secured after the Cold War ended.

Although that spirit of teamwork eroded, particularly after Russian actions in Crimea and Ukraine, Lugar said it’s possible to learn from the past. “The lessons are, very clearly, the need for members of Congress to be able to work together,” he said. “To form bipartisan coalitions where national defense and the security of the world is at stake.”

As tensions between the US and Russia again take center stage, Lugar emphasized the importance of coalitions not only across party lines but also across the Atlantic. Today, nuclear experts in the two countries don’t talk very much with one another.

But in both places, there’s still hope for collaboration. Viktor Esin, the Russian general, remembered that when he visited American missile silos more than two decades ago, he was surprised by how much the two sides had in common. He hopes that a sense of shared interests will one day help Russia and the US to further reduce the size of their nuclear arsenals.

“We always considered ourselves rivals,” said Esin. “But after the cooperation began, we understood that we weren’t enemies.”