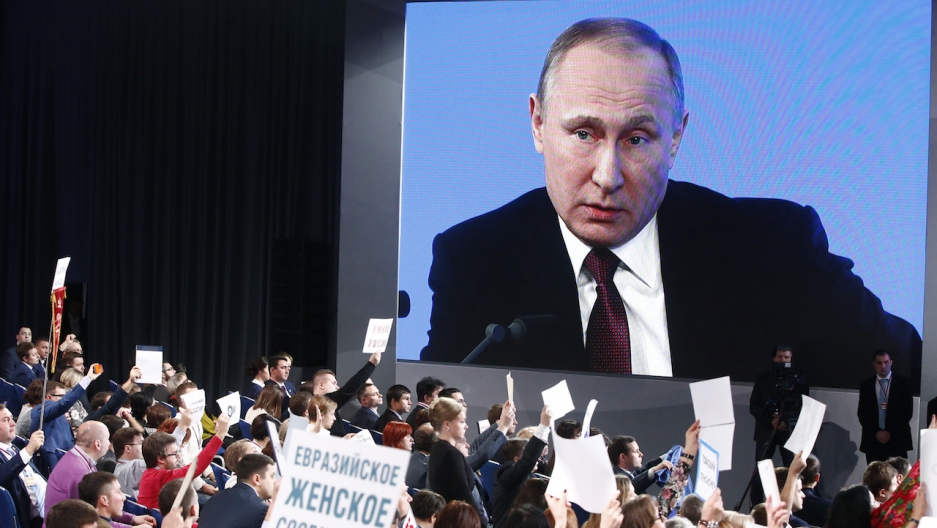 Russian President Vladimir Putin on Friday appeared to cozy up to US President-elect Donald Trump while asserting his authority as the key powerbroker in Syria.

At his annual end-of-year press conference, the confident Kremlin strongman praised Trump for tapping into the public mood in the US to claim his surprise win in November.

"He went to the end, though nobody believed that he would win except us," Putin said.

Ties between Moscow and Washington hit their lowest point since the Cold War under President Barack Obama due to the Ukraine crisis and Russia's military intervention in Syria.

But the election of Trump, whom praised Putin as a strong leader, has provided a surprise boost for the Kremlin, though the Russian economy is still struggling due to Western sanctions and lower oil prices.

"Trump during the campaign was saying that he thinks it's right to normalize Russian-American ties and said it for sure won't get worse as it can't get any worse," Putin said.

"I agree and together we'll think about how to make them better," he said, adding he would head to the US for talks if Trump invited him.

Officials in the US have accused Russia of cyberattacks aimed at interfering with the US vote, with some alleging Moscow sought to tip the balance in favor of Trump.

Putin, however, backed Trump's rejection of the allegations, insisting "as the president-elect said entirely correctly, who knows who these hackers were?"

The Russian leader also sought to play down a potential nuclear stand-off with the future US president, a day after they both pledged to bolster their nuclear capabilities.

Putin insisted there was "nothing unusual" about Trump's call in a tweet Thursday to bolster America's nuclear capability, hours after the Russian leader ordered his top brass to strengthen Moscow's "nuclear potential."

"We will never look to be dragged into an armed race and to spend resources that we can't afford," Putin said, after insisting he understood the US was the stronger military power but "we just say that we are stronger than any aggressor." 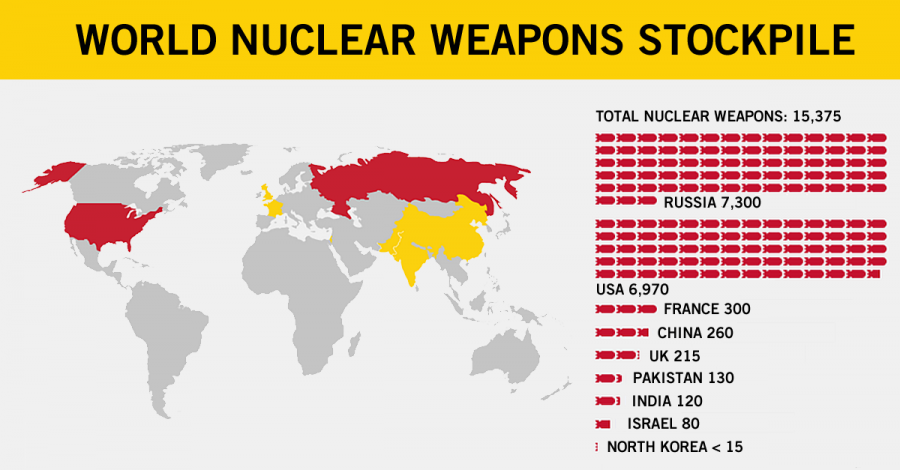 Ploughshares fund, based on data from the Federation of American Scientists.

While Putin was offering warm words for the incoming US leader, he was also flexing Russia's muscles as the key power broker on the conflict in Syria.

The Syrian army said late Thursday that it had retaken full control of Aleppo, scoring its biggest victory against opposition forces since the civil war erupted in 2011.

"The liberation of Aleppo from radical elements is a very important part of the normalization in Syria, and I hope, for the region overall," Putin told defense minister Sergei Shoigu in a meeting aired just as the press conference was starting.

Putin said later during his marathon press conference that he hoped that fresh peace talks could get all sides in the conflict to agree to a nationwide ceasefire.

"The next step must be the conclusion of a ceasefire agreement on all of Syria's territory," he said.

Putin said that the presidents of Turkey, Iran and Syria had agreed to take part in new peace talks, which Russia had proposed take place in the Kazakh capital Astana.

Moscow has been conducting an air campaign in Syria in support of long-time ally Assad since September 2015 and has taken steps to boost its presence in the country.

In another sign of strength, as he was addressing journalists, the Kremlin said Putin had signed an order to expand Russia's naval facility in the Syrian city of Tartus.

Russia's defense ministry said in October that Moscow was poised to transform the Tartus facility into a permanent base, without providing a timeline for its transformation.