Germany is facing an unprecedented wave of cyberthreats.

Early this month, almost 2,500 leaked documents were put online by WikiLeaks. They detailed cooperation between German and US intelligence agencies.

Before that, nearly a million internet routers operated by Deutsche Telekom were taken offline in a malicious hack.

There was a hack into the headquarters of the Christian Democratic Union, the party of Germany’s chancellor, Angela Merkel.

And for one final example, German politician Renate Künast of the Green Party was forced to knock down a false quote attributed to her, which made her seem sympathetic to an Afghan migrant suspected of rape and murder.

“I think this is a real threat to German democracy,” says Lars Klingbeil, a member of the German parliament with the Social Democratic Party, who works on cybersecurity issues. 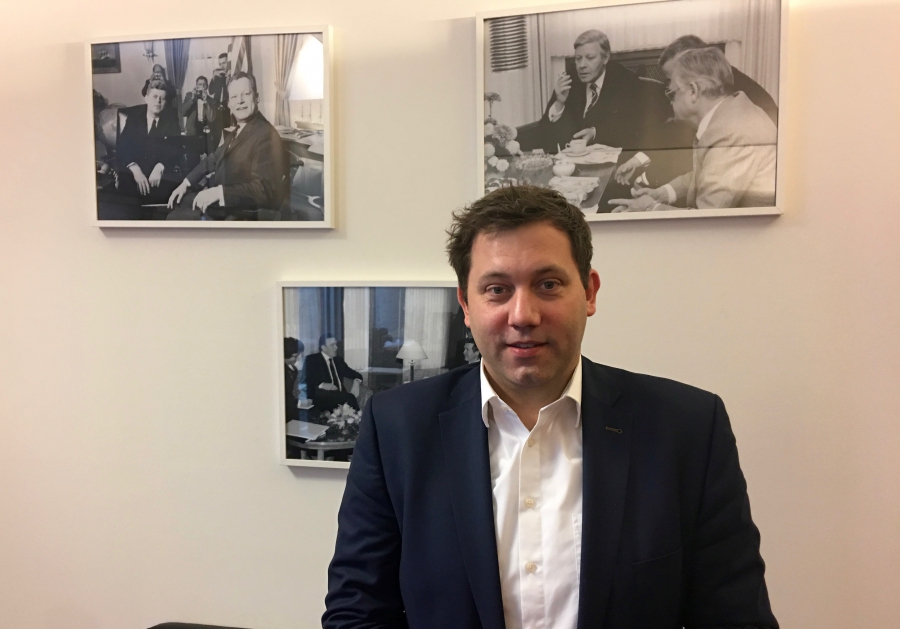 Lars Klingbeil is a member of the German parliament from the Social Democratic Party who works on cybersecurity issues.

“What we’re seeing now is only the beginning,” Klingbeil says. In addition to the hacking, “there’s the problem of fake news, fake quotes and even fake videos floating around, and people believe this stuff, because they’re losing faith in traditional institutions.”

Klingbeil says he is not in favor of creating a government censorship body that would function like an Orwellian “Ministry of Truth.” But he says companies like Facebook need to be more responsible, and they need to be held accountable.

Asked about allegations from US and German intelligence agencies that say the Russians are behind at least some of this cybermalfeasance, Klingbeil says, “We are irritated about Russia influencing the US election campaign. ... But it’s also true that the Americans are engaging in cyber-espionage.”

“They were listening to our chancellor’s mobile phone. And it’s not just Russia and America,” Klingbeil adds.

Klingbeil says other national governments are capable of carrying out large-scale cyberattacks.

“These are strategic operations. They’ve been going on for some time. And people are only starting to learn about them now.”

Some of what is going on here, with fake news and digital disinformation campaigns, is nothing new. After all, rumors, lies and propaganda have probably been around ever since people could talk.

“What’s new is that anybody can do it in these social networks,” says Linus Neumann, a spokesman with the German Chaos Computer Club. The group calls itself Europe’s largest association of hackers. They’re sort of the good guys of the computer-hacking world.

“There used to be some kind of barrier stopping you from reaching, let’s say, national interest with a claim that you make,” Neumann says. 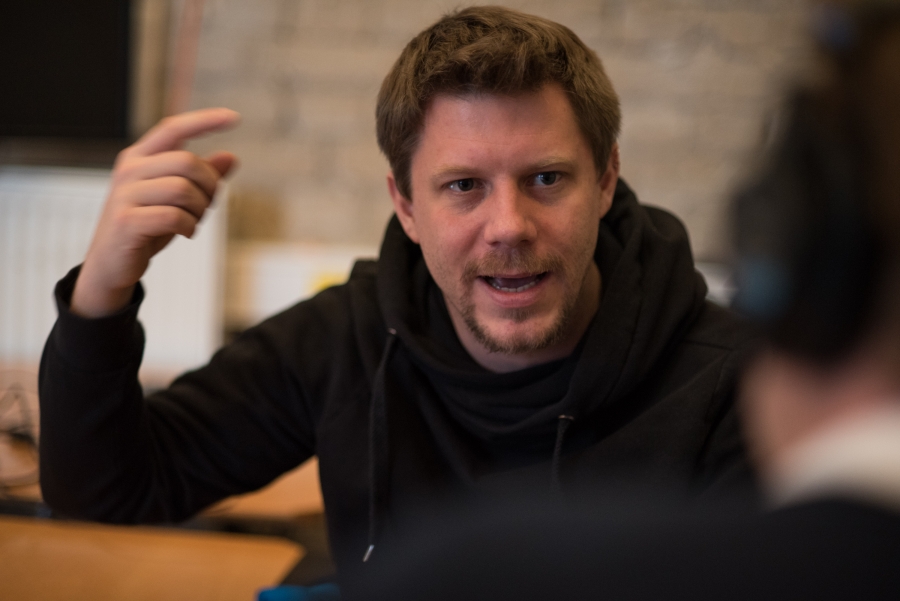 Linus Neumann is with the Chaos Computer Club, a collective of computer hackers based in Berlin.

Nowadays, anyone can reach an enormous audience by creating a post on Facebook or Twitter that goes viral. And the fact is, you don’t even have to be human. Social bots can spew forth all manner of content, malicious or otherwise, all by themselves.

In the interest of journalistic discovery, I asked Neumann if he could create a bot for fun that would, for instance, spread the false notion that Donald Trump enjoys the music of Coldplay.

“That would be a vicious lie and fake news, of course, but we could,” Neumann says.

The process is remarkably easy. Neumann spent five or 10 minutes downloading an open-source toolkit that helped him get started. And he sketched out how this social media bot would work.

To be clear, I asked Neumann not to unleash this thing into cyberspace for real.

But it was instructive. This type of bot, Neumann explained, would create hashtags related to the president-elect and the band Coldplay. It would tweet and re-tweet related stuff, attract followers and pose leading questions such as, “Why hasn’t Mr. Trump commented about Coldplay’s last album?”

If the creator of such a bot wanted to spend a little time, effort and/or money, Neumann said his simple bot could be built out into an actual social bot army. This network of Trump-Coldplay bots could then create exponentially more posts and be all that much more powerful.

The hope here, of course, would be that this fake information would take on a life of its own in the real world. And here, says Neumann, is where we get to the heart of the threat.

“It’s not only bad for democracy, it’s basically shaking the base [of] the whole concept that our democracy is founded on,” he says.

“There is something like an objective outside world. In this objective outside world, there are facts. And all these theories of liberal democracy … are founded on the idea that there is a reality. Now, if you just shake this reality, then this whole concept doesn’t work anymore. Because you can just hijack reality.”

Neumann is skeptical about government initiatives that would try to stop fake news through censorship.

It’s almost impossible to figure out who is responsible for disseminating this stuff, he says, because it’s so easy to cover your tracks.

What’s most important, Neumann says, is that people who get their news via social media sites need to be smarter about what they’re looking at.

If the public learns how to distinguish between reliable reporting and fake news, Neumann says, fake news will lose its power to influence people’s opinions.