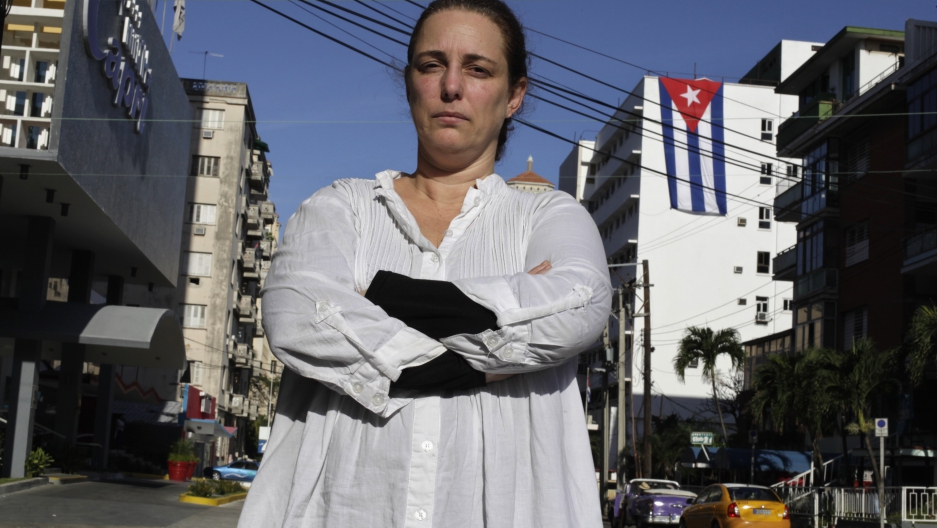 Cuban artist Tania Bruguera has been arrested by authorities in Havana three times in recent years.

You can count on Cuban artist Tania Bruguera to stir things up when she heads back to Cuba in the coming weeks.

Bruguera is imagining a new future, even as her homeland officially mourns the death of revolutionary icon Fidel Castro.

"We need somebody in power that is able to create an image of the country that attracts the people who've thought (Cuba) was a failed project," she says. "Right now, though, I think the most important thing is that everybody has the right to feel what they feel, and the lesson is to know how to accept everybody's feelings without judging."

Bruguera, a performance and installation artist, is well-known for pushing the boundaries of acceptable speech in Cuba. Authorities there have arrested her three times in recent years in connection with her avant-garde theater.

Change, she cautions, won't come quickly. And although Cuban Americans in Miami backed Donald Trump for president, this Cuban dissident says the real estate mogul's victory is a setback for democracy.

"I don't think only in Cuba, but I think everybody in the world is horrified," she says. "Obama had a policy that really excited people in the island because for the first time the enemy was eliminated. Now we have with Trump a very strong enemy.  And while I have to say that Obama should have been a little more strong on defending human rights in the island before he gave so much, I think his policy was correct."

President Barack Obama used executive authority to relax many trade and travel restrictions with Cuba after the two Cold War enemies reopened their embassies in 2014.

Bruguera says a copy of the video of Obama speaking to the Cuban people during his 2016 visit was "the most subversive thing you could have in Havana.

As for Trump's loyalty to the struggle for freedom in Cuba, Bruguera is pessimistic.

"As soon as he sees a business opportunity, he will betray everybody, including the Cuban Americans," she says.