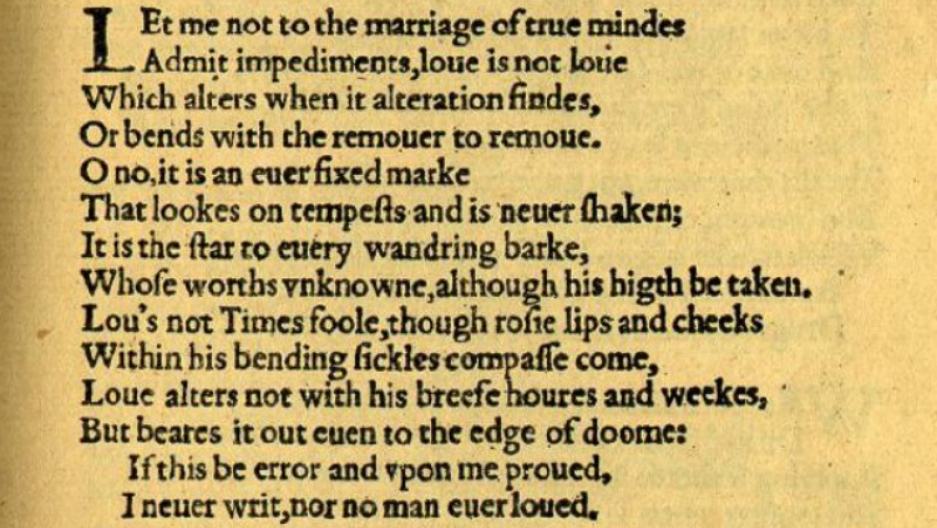 Library of the University of California, Los Angeles

We've learned to understand Shakespeare from the likes of Laurence Olivier (or perhaps the likes ofEthan Hawke). To our ears, Olivier seems to define the sound of Shakespeare, but he was probably way off. Over the 400 years since Shakespeare's death, the pronunciation of English has changed so much that we're not getting the full flavor, or full meaning, of Shakespeare's poetry.

DavidandBen Crystal, a father-and-son team, have recreated what they say is Shakespeare's original pronunciation, or OP, as they call it --- how Shakespeare's plays would have sounded around 1600.

How did they achieve this Jurassic Park-like resurrection of a long-dead accent? David, the elder Crystal, is alinguistic scholar, and he starts with the sonnets. Of the 154 known, 96 don't rhyme perfectly, "and why is that?" he asks. "Was Shakespeare not a very good poet?" Crystal dug into the work of 17th century grammarians, who wrote about rhyme. "Proved" and "loved" don't rhyme to us, but Shakespeare, it turns out, would have said "pruvved" and "luvved." When you bring these rhymes back, ancient puns surface --- some of them fairly dirty.

The OP accent that emerges from the Crystals' research sounds closer to the Northern English or even some American accents. "Received pronunciation," the very proper, clipped speech we associate with British actors or BBC news anchors, didn't develop until the early 1800s, when the upper classes wanted to distinguish themselves audibly from the burgeoning middle class.

Ben Crystal is an actor and director who has taught OP totheater companiesfrom London to Reno, Nevada. He says the more colloquial speech loosens up actors and transforms the way they speak the lines. OP also moves much faster, shaving minutes off the production.

The Crystals say they are 90 percent certain of their reconstruction of OP. David, the scholar, "from an academic point of view, sort of hates that final 10 percent," says Ben, the actor. But Ben sees that uncertainty as wiggle room for the actors to incorporate their own accents and experiences --- to make the language their own. He even enjoys doing workshops in cowboy country, like Texas. "It works brilliantly in Southern American."