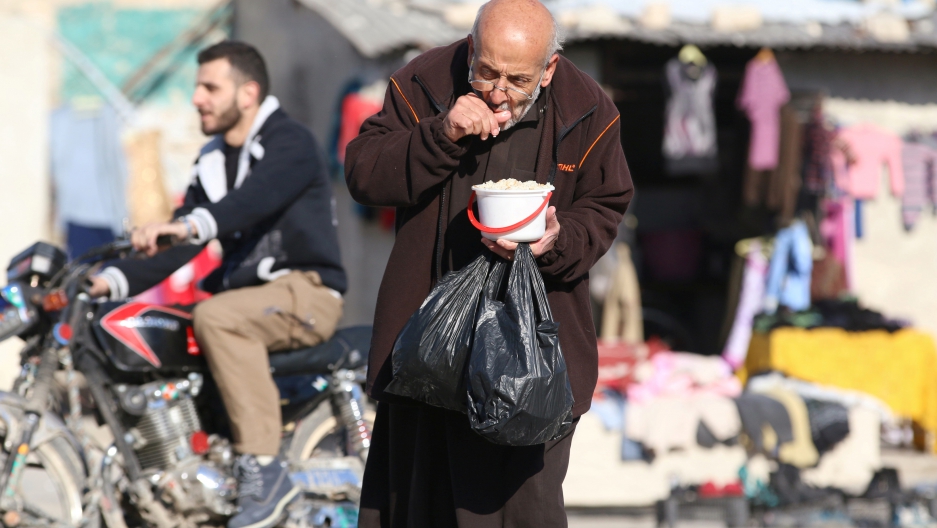 A man eats food that was distributed as aid in a rebel-held besieged area in Aleppo, Syria, on November 6, 2016.

In two districts of the besieged eastern side of Syria's battleground city of Aleppo on Tuesday, local volunteers distributed meager bags containing the last food aid left in their depots.

"Our depots are empty, we have nothing else to distribute," said Ammar Qadah, director of Al-Sham Humanitarian Foundation, a Syrian charity in the rebel-held side of the battered city.

No aid has entered eastern Aleppo since mid-July when government forces surrounded the rebel-held east, sealing off more than 250,000 residents from the outside world.

"Today we finished distributing food aid to the roughly 2,000 families that we support," said Qadah, speaking at a warehouse in the Maadi neighborhood.

"This month, we've only been able to distribute rations a quarter of the usual size because of the dwindling supplies," he told AFP.

Outside the warehouse, volunteers oversaw a truck full of boxes of food.

Ordinarily, each family would receive two large boxes with enough aid to last for a month.

But this time, each received only a single bag, containing two bottles of oil, 4.5 pounds of rice, lentils, sugar and a box of mortadella.

A family of five will struggle to stretch those supplies longer than a week. 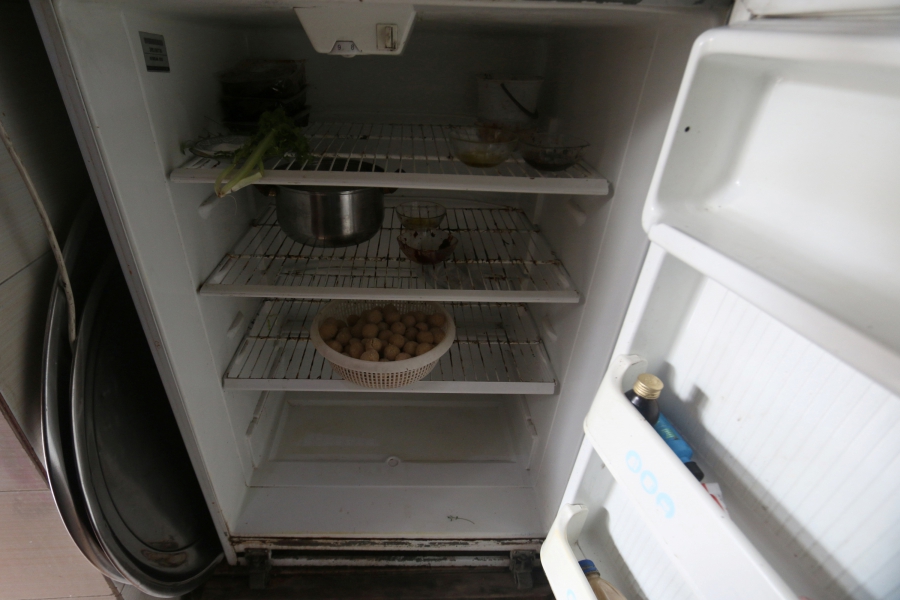 A family's fridge is pictured in the rebel-held besieged area of Aleppo, Syria, on November 12, 2016.

In the Marjeh neighborhood, residents at a distribution point waited their turn for a bag, as children sat on the pavement nearby.

Last week, the United Nations said the last of the food aid it had delivered to east Aleppo before the siege began was being distributed.

"The last food rations are being distributed as we speak," the head of a UN-backed humanitarian task force for Syria, Jan Egeland, told journalists on November 10.

He urged all sides to the conflict to grant humanitarian access to the besieged eastern neighborhoods.

"I don't think anybody wants a quarter of a million people to be starving in east Aleppo."

A World Food Programme spokeswoman, Bettina Luescher, told AFP that the UN agency's partners had delivered the last of their aid over the weekend.

"The last distributions of WFP food through our partners took place on Sunday, 13 November," she said.

An AFP journalist in Aleppo said most NGOs distributing food aid were reliant on WFP rations that had now run out.

But others, like Al-Sham, have purchased food to distribute from the declining stocks available in local markets, where prices have spiraled as the siege goes on. 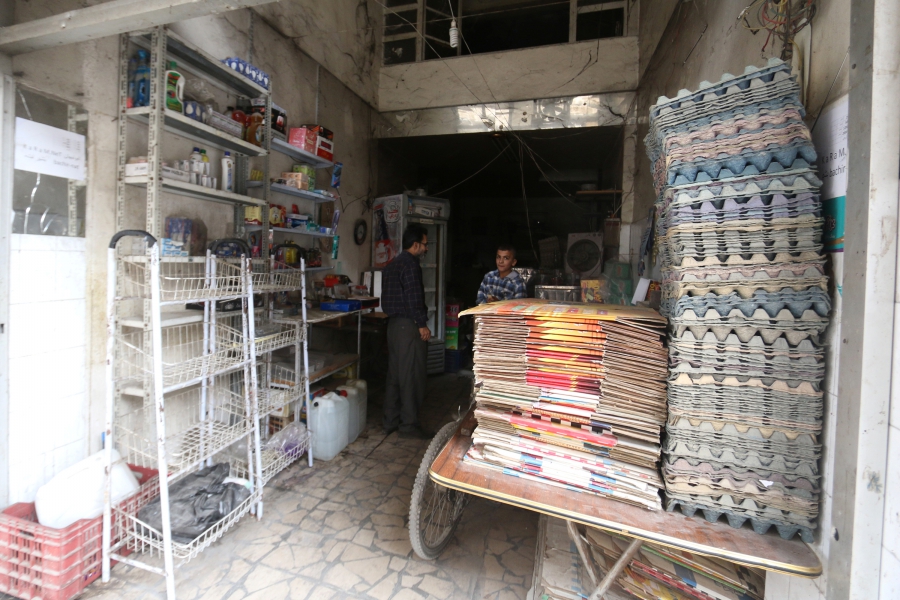 People stand inside a grocery shop with low supplies in the rebel-held besieged area of Aleppo, Syria, on November 12, 2016.

Even as the last food aid was being distributed, Syria's government and its ally Russia on Tuesday renewed their bombardment of rebel strongholds across the country, with heavy government fire on east Aleppo.

Moscow said it had paused its air strikes in Syria in October, as it organized a series of brief "humanitarian pauses" in east Aleppo intended to encourage residents and surrendering rebels to leave.

But few did, and the UN said it was unable to obtain sufficient security guarantees to allow the evacuation of wounded civilians or delivery of fresh aid.

Moscow last week rejected a UN call for longer ceasefires, despite Egeland's warning that "the consequences of no help and no supplies will be so catastrophic I cannot even see that scenario."

In Maadi district, a small crowd gathered Tuesday behind a truck half-full of boxes and cartons of aid.

"They told us that this is the last distribution because there is no more aid," said Abu Ahmed, 32, his face tired as he waited for food.

The Maadi resident confirmed that this month he was receiving just a quarter of the aid he would normally get to feed his wife and three children.

"These rations won't last more than a week. We have nothing to rely on but them and God," he said.