President-elect Donald Trump, then nominee, is shown here at a campaign event in Hershey, Pennsylvania, on Nov. 4, 2016.

Pennsylvania was once reliably Democratic. But Trump carried it thanks in large part to voters in the western part of the state — blue-collar areas that were once home to thriving steel mills.

Those jobs are mostly gone, a fact that many there blame on bad trade deals and globalization. One of the places affected is Monessen, a town of 7,500 people, some 30 miles south of Pittsburgh. Trump visited there in June.

The city has roughly 700 registered Republicans in seven precincts. But Trump won 1,221 votes.

“That’s unheard of in the city of Monessen,” Mayor Lou Mavrakis says. He thinks voters crossed party lines because, quite simply, they were fed up with Washington. And because Trump paid attention to them.

Marvakis also spoke with us in the summer. Back then, he said people in his city knew that Trump couldn’t bring back the steel mills but they hoped as president he might be able to revive manufacturing.

“There’s plenty of room for us to have industry come in here. It doesn’t necessarily have to be steel … make the suits, make the ties, make something here in this country,” Mavrakis says. “This is what I’m going to propose to Trump, 'You get your neckties made in China, you get your suits made in China, alright come to Monessen, make your ties here, make your suits here.'”

And if Trump can’t deliver on his promises to bring back jobs to cities like Monessen? 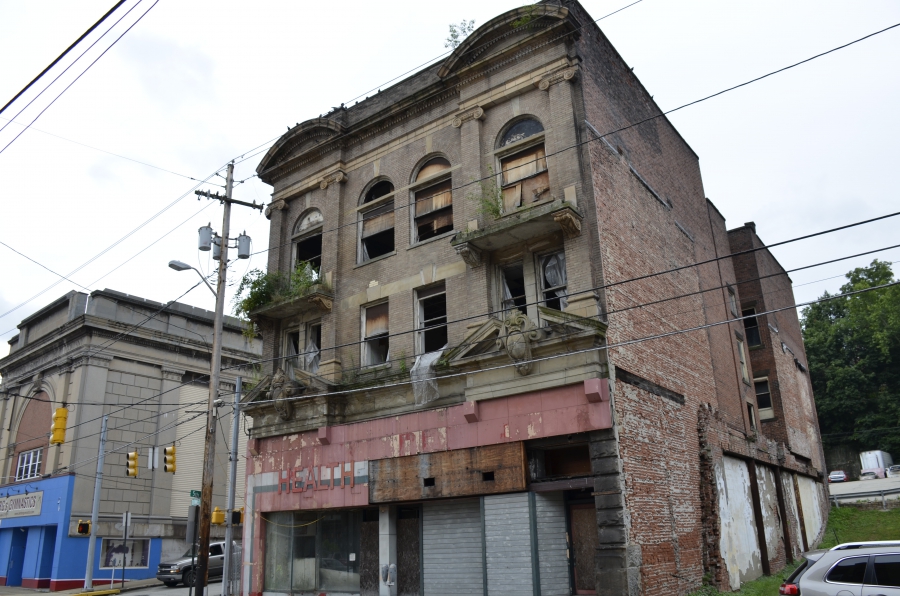 This is a view of downtown Monessen, Pennsylvania, which has 400 homes plus 30 blighted buildings that need to be torn down.

Another surprising group of voters also helped propel Trump to the White House: evangelical Christians. During the course of the campaign, Trump sometimes spoke and behaved in ways that Christians might deem, well, un-Christian. And yet, they still supported him.

Trump carried Kumar’s district with 72 percent of the vote. So how did Trump win over Kumar's constituents? Kumar says it's because Trump supports their values.

But Kumar also cautions that people in his community are unhappy with some of Trump’s statements.

“Christians were definitely offended by the vulgarity, because they are people with solid conservative values,” he says. “Yet, what is the alternative? The alternative is to totally eliminate religion and follow the path that Hillary Clinton offered. So I guess, the common phrase would be, ‘The lesser of two evils.’”