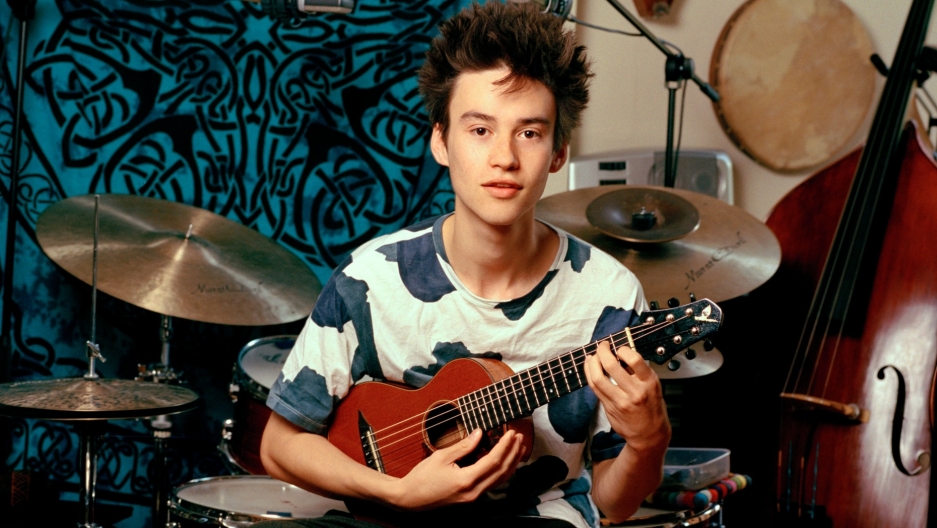 Jacob Collier racked up millions of views on YouTube with his intricate, multi-instrumental covers of classics like "Don't You Worry 'bout a Thing" by Stevie Wonder and "Pure Imagination" from"Willy Wonka and the Chocolate Factory."

But here's the rub: how does he perform these complex songs in a live show? The answer came from a specially-designed MIT invention: the Harmonizer. Jacob stopped by the studio to demonstrate the instrument and play songs from his new album, "In My Room."

Kurt Andersen: What was your musical education?

Jacob Collier: I'm very much self-taught. I was brought up by a family of musicians, so I suppose music was essentially a second language. [They said] here's how to explore how something feels in a key. How does D major feel? How does B-flat minor feel? I suppose it was very much something that was not a technical introduction, but an emotional introduction.

Five years ago, you started to become known to the world when you performed and recorded these multi-vocal, multi-instrumental videos on YouTube. Did it feel awkward to just do this into a webcam?

It's a slightly strange sensation at first, but in the end, it's one that you can really enjoy. It's as though I'm performing for an audience, but it's in stop-time. I have up to 50 video takes happening at once, so I need to be a mosaic designer and think about where to place these things.

Is there a checklist of things that you look for in a song?

I think listening to songs for the purpose of arranging them is obviously a different thing from listening to songs for fun. For example, a melody which is simple and strong enough to be completely and utterly reinvented is definitely an asset. And in some ways, repetition is also good, because it means that you can state something, and then you invent it from the point of the view of having stated it.

What else about a particular song makes you think, "Oh, that's protoplasmic in a way that I can reinvent"?

Good word. I think mainly it's songs that I love that I'm drawn towards. And I think if someone by now had quantified what it is that makes somebody love a song, I think it would be game over.