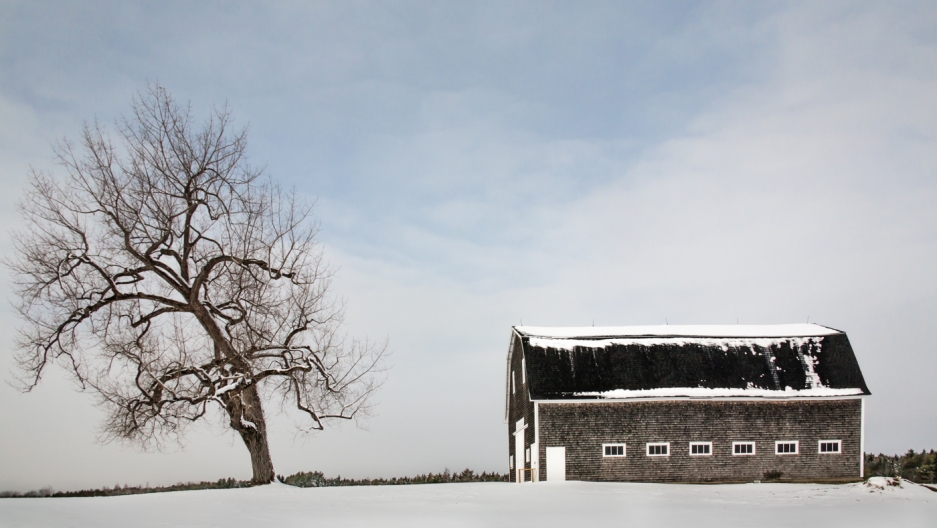 I have spent most of my life in the United States living in small towns: Charlottesville, Virginia; Brockway, Pennsylvania; Gambier, Ohio; South Bend, Indiana; and Ann Arbor, Michigan.

Although beautiful, the cities where I have lived were not the most cosmopolitan. They didn’t have large communities of Indian immigrants, or immigrants in general.

To put things in perspective, the Migration Policy Institute reports that almost 40 percent of Indian immigrants settle in California, New Jersey and Texas. And they end up mostly around the big metropolises like San Jose, Seattle, Washington, DC, Chicago and New York City.

I have been to neighborhoods like Devon Avenue in Chicago, or Jackson Heights in New York City that are like small slivers of India plunked down in America. For so many of my fellow immigrants, it is not uncommon to hear several Indian languages being spoken on a single street or to see samosas fried right before your eyes. To see an Indian man sitting listlessly, chewing betel nut outside his sari shop. I have found South Asian areas in the bigger cities in America to be more diverse than places I’ve been in India, with people from different parts of India, Pakistan, Nepal, Bangladesh, Bhutan, Sri Lanka and Afghanistan all mingling together.

I don’t crave hot samosas, or the Hindi language or India every single day, but every time I move to another small, nondescript, town in the US, I find myself missing my home in Lucknow, India. I have caught myself looking, quite desperately, for a piece of India in these small towns — a conversation in Hindi, Bollywood songs or an Indian face.

My latest move was to Brunswick, Maine. When I tell folks where I live now, they say, “Oh, lucky you. Maine is gorgeous.”

Maine is very beautiful, no doubt, and people are extremely friendly. But walking around downtown I seem to be the only brown person here. To find Indian groceries, the nearest Indian store — the only store in the entire state — is in South Portland, a 45-minute drive from where I live.

A couple of days ago, on a cool morning, I saw another man with brown skin. He had a flowing, grey beard and a blue turban on his head. He looked like my Sikh neighbor in Lucknow. But the context was all wrong.

I blinked a few times to make sure I wasn’t dreaming. As he came close, he looked at me and smiled. I smiled back and said something like, “You, here, how?”

He kept smiling but didn’t say anything. I thought maybe he didn’t speak English. I switched to Hindi. And I asked him what he was doing in Brunswick.

He replied in Punjabi, which I barely understand. I picked out a few words here and there: Punjab, Boston, my son. I gathered he was from the state of Punjab in India and his son was in Boston. I got curious about his story and wanted to know more. But we couldn’t communicate. Although he and I were from the same country, we had no language in common.

We spent several minutes gesticulating and trying to talk. We laughed at how ridiculous it was that we had so much in common, but couldn’t have a conversation.

This wasn’t the first time I had met someone from India who didn’t speak Hindi, but this was definitely the first time I wasn’t able to communicate in English with an Indian. This has to do with who is allowed visas to come to the US. Most Indian immigrants in the US are educated; 70 percent have college degrees or high, according to census data analyzed by the Pew Research Center. Indian citizens also receive the most H-1B visas for high-skilled workers. In 2013, three-fourths of Indian immigrants reported that they speak English very well.

But India itself has dozens of languages, officially. By some counts it has hundreds of languages, depending on whom you ask and how they define dialects. And now, as families migrate, that linguistic diversity is showing up in even the most unlikely of small towns in America.

Just before parting ways, I took out my phone and asked the Sikh gentleman to put in his number.

He keyed in the digits and then his name. We both looked at our phones, and burst into laughter. Our last names were the same, too: Singh!

I promised to call him soon, but then I thought… how was I going to communicate?

But I figured we would find some way.