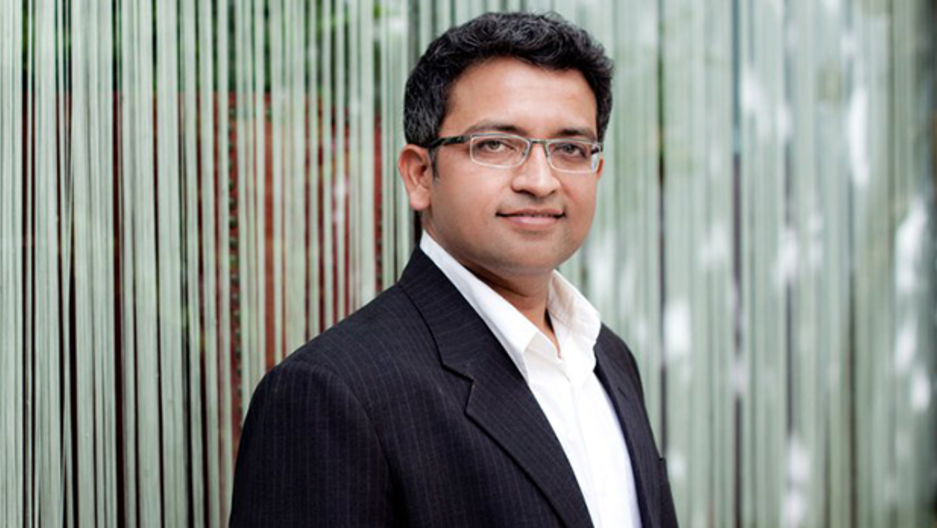 Deepak Singh moved to the US from India in 2003. He is now a journalist based in South Bend, Indiana. (Photo: Anuje Nagger)

First Days is a project inspired by Philadelphia’s South Asian American Digital Archive, which collects stories from immigrants from that region of the world about their first days in America.

My name is Deepak Sing and I was born in Lucknow, India. And I arrived in September 2003. I arrived in Washington, DC. And I was 30 years old when I came. I’m 40 years old now.

My wife is an American, whom I married in Lucknow, India. She was in my hometown on a Fulbright scholarship doing research and I met her in a library. And I came to the US to join her because she was going to school at the University of Virginia. And that was the first time that I was leaving my parents’ home and my hometown.

She came to pick me up. It was a giant Oldsmobile. It was huge. I’d never seen anything like this before. In India, I had a scooter, which I used to get around and go to work and I used to take my wife around on that scooter in India. So this was the opposite situation here, she was going to drive a huge car and I was going to sit next to her. So we got on the road. We were going to Charlottesville, Virginia. It was around a 120 mile trip. So somewhere in the middle I fell asleep. So I opened my eyes and I saw that my car was parked right next to a gas pump and my wife is holding the nozzle.

It was really nice inside, lovely, music playing and lots of knickknacks. I went to grab a bottle of water and there is a lady, an old lady who asked me, "How you doing today? I said, "I’m doing fine." But I didn’t quite understand why she said "today." This was the first time I was meeting her. Why was she asking me about today, but not about me being good yesterday? So, I said, "I’m fine. But, you know, I just got here from India, just arrived from India." And I walked away and she asked the same question of the next guy, “How are you doing today?” So, I guess she doesn’t really care how I am, she just has to ask this.

This is the American greeting or something. In India, in a situation like this, if you walk into a store and you want to buy something, you ask the price of whatever you want to buy, they guy tells you the price, you pay the price and you leave. After a day or two, after I was walking in Charlottesville, people would like walk next to me on the street and they would say, "How ya' doing?" And I would stop, you know, to tell him how I was doing. But he wouldn’t even listen to my answer. He would just keep walking. I thought, "Why did you ask?" It’s not natural to me.

It still occurs to me, why? I don’t really care to ask the person selling me a candy or coffee how she’s doing. I just want to get the coffee and leave, but it’s nice to ask.

Deepak Singh moved to the United States from India in 2003. He now lives in South Bend, Indiana. He's the author of "Chasing America: Of Lollipops, Nightclubs, and Ferocious Dogs." He also contributes to The World. You can follow his work on Twitter at @deepakwriter.

The World, inspired by the South Asia Asian American Digital Archive’s First Days Project, is looking for your stories about your first days in the United States—or those of your parents or grandparents. Share by commenting here, using the hashtag #firstdays on Twitter or Facebook, or by pressing the record button below and speaking into your computer's microphone.