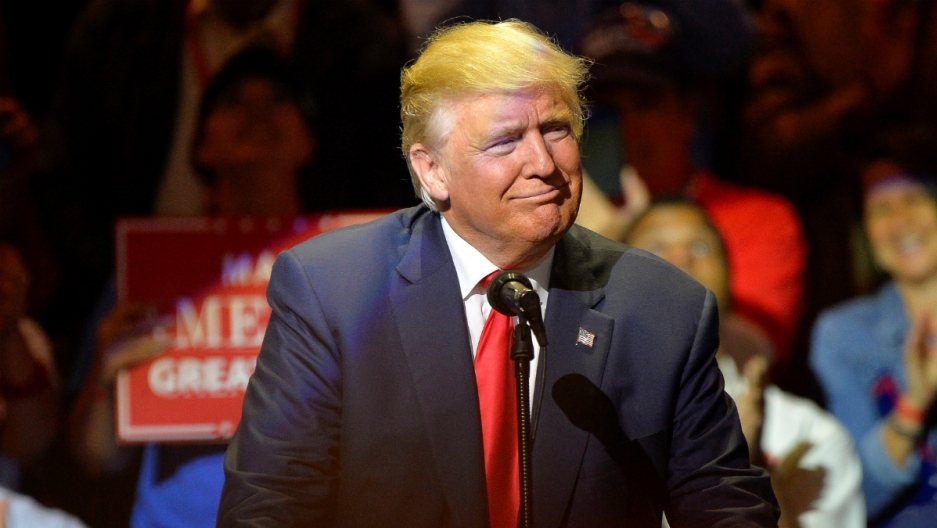 Chhavi Sachdev, a reporter based in Mumbai, says many Indians in the city have been horrified by Republican presidential candidate Donald Trump's lewd comments about kissing and groping women.

The response on social media, Sachdev says, has been "shock and horror unanimously, across the board. There have been lots of people just aghast that he can get away with normalizing this sort of 'locker room talk.'"

In India, most of the adults using the internet are male. Sachdev says about 80 percent of Twitter users in the country are men, while in the United States the gender breakdown for the social media platform is pretty much even. Still, she says, reaction from both men and women on Twitter in India has been overwhelmingly negative.

One woman posted: "I want to vote against Trump from India."

Part of the reason why some people in India are so shocked is because they expect moral leadership from the United States, Sachdev says.

“This is happening in a country we look up to as a progressive, and really a developed nation,” she says. "We find out [this] is happening in America, by one of the most powerful rich men in the world, it's just awful.''

The outrage is perhaps a sign that the tide is shifting in India, a country that has long struggled with a deeply ingrained culture of abuse toward women.

"Woman are finding that there is strength in numbers," she says. "There are finally people trying to make men accountable."