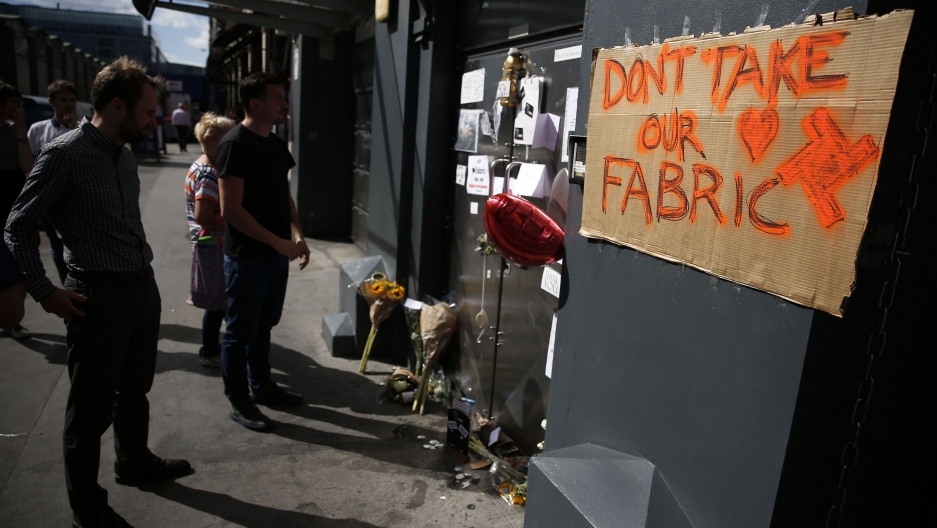 People view tributes that have been placed outside the Fabric nightclub in London, Britain, on September 8, 2016.

"Rest in peace" reads a note outside the Fabric nightclub as London revelers mourn the loss of the flagship nightspot — just the latest music venue to shut its doors in the British capital.

Clubbers would find their way to Fabric down a small street behind Smithfield Market, not far from the skyscrapers of the City financial district.

The venue built an international reputation since it opened in 1999, leading to lengthy lines outside.

But after it was shut down in September, the lines of clubbers have been replaced by bouquets of flowers and notes left by former patrons.

"A temple, a sanctuary, a place of retreat for those seeking peace in the passion of music," read a message signed by Ophelie.

Authorities revoked Fabric's license following the deaths by overdose of two 18-year-olds, with the local council concluding the club had a "culture of drug use" that its staff was "incapable of controlling."

The decision shocked the clubbing world, with celebrated DJ Goldie threatening to melt his Member of the Order of the British Empire medal. 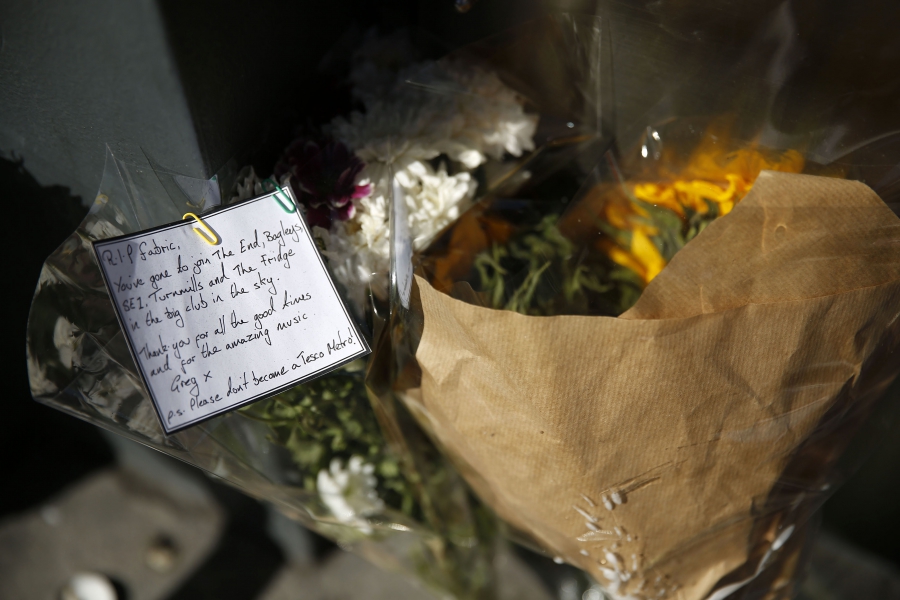 Tributes are placed outside the Fabric nightclub in London, Britain, on September 8, 2016.

Clubbing institution Ministry of Sound described the closure of its rival as "a miserable day for London’s clubbing landscape," as controversy swirled around the local Islington council's decision.

Fiona Measham, a criminology professor at Durham University and head of The Loop organization, which carries out forensic testing of drugs at nightclubs and festivals, said Fabric took its responsibilities seriously, carrying out strict searches.

But with around half of clubbers taking dance drugs like ecstasy in the UK, according to her research, Measham said it is not possible to completely eliminate risk.

The problem is even more noticeable in London, which is Europe's cocaine capital and ranks second after Amsterdam for ecstasy, according to the European Monitoring Centre for Drugs and Drug Addiction.

At one of the city's most well-known nightspots, an AFP journalist saw dealers both outside and inside the club.

"Look at people's faces! Everyone is stoned!" said one clubber, smoking a joint on the terrace of the nightclub.

For Alan Miller, president of the Night Time Industries Association, stripping Fabric of its license was a "hypocritical" move which sought to blame one nightclub for the broader problem of drug-taking in the UK.

"In many ways, Fabric is the jewel in the crown in Britain," he said.

Duncan Dick, a journalist at Mixmag dance music and clubbing magazine, praised Fabric for becoming a superclub which maintained its underground feel.

"Not through snobbishness or affectation but through authenticity and a commitment to what was most important," he said. 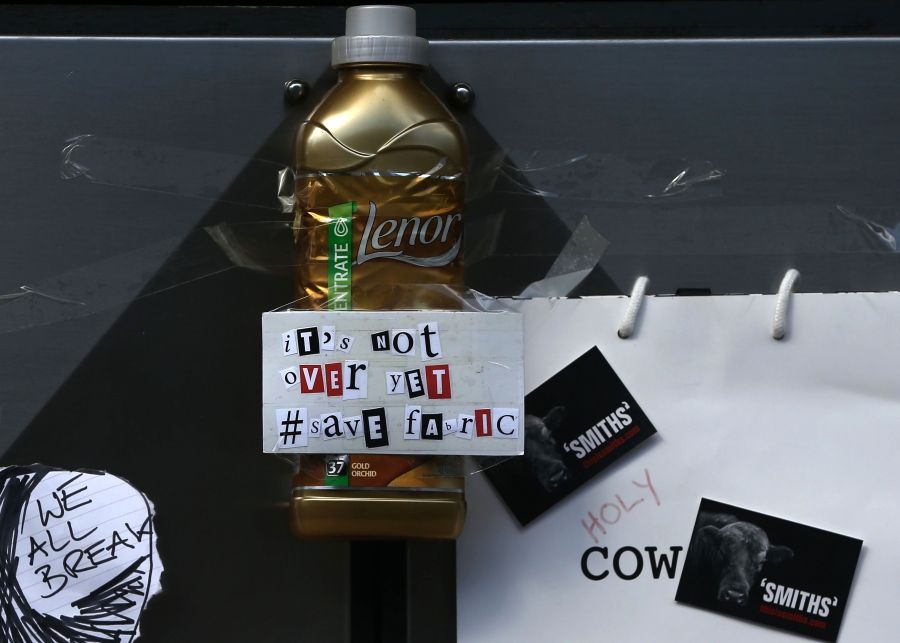 Tributes are placed outside the Fabric nightclub in London, Britain, on September 8, 2016.

With three dance floors installed in a former meat warehouse, Fabric was a labyrinth of brick walls and metal beams.

Hosting some of the world's most famous DJs, the nightclub had an impressive sound system which emitted bass frequencies from the dance floor up through clubbers' feet.

Dick described the venue as "one of the best clubs in the world" and said shutting its doors was a setback for London, which has just celebrated the opening of a 24-hour metro.

Nor is Fabric an isolated case in the British capital, Miller explained: "In the last three years over 10 of the biggest nightclubs have closed and they haven't been replaced."

Such closures are seen as being down to strict regulations and the high price of property, with Miller calling for clubs to be kept open for the country's youth.

"If we want to see more generations of people who are pushing the boundaries of our musical experiences but also people in fashion, in films and elsewhere who get inspired in our dance floors," he said.

There is still some hope for the city's night owls — an online appeal launched by Fabric has so far raised more than $292,000 dollars.

The campaign is supported by three simple phrases: "Save Fabric," "Save nightlife," "Save our culture."