A farm worker in California's Central Valley picks fruit by hand. An estimated 98 percent of California farm workers are foreign born, the majority of them unauthorized.

This is a story you’ve probably heard before. In fact, you may have heard nearly this exact same story.

I spoke with North Carolina sweet potato farmer Johnny Barnes nine years ago about the US immigration system. He was facing a challenge many farmers were facing: Possibly 75 percent of farm workers in the US were here illegally. (That number has dropped to perhaps 50 percent today.)

“We’ve got to deal with this in a realistic manner,” said Barnes back in 2007. “We need the workers. The workers are only here because they’re needed because they want to work. And I get so sick and tired of people saying, ‘Well, they’re not paying taxes, they’re not pulling their weight.’ Every one of our employees, whether they’re here legal or illegal — I don’t know which are legal and which are illegal — they pay their taxes. We take it out of their check every week. They’re paying their way.”

Back then, Barnes said he was relying mostly on Mexican workers — 650 during the harvest because he couldn’t get Americans to pick his crops.

“They’ve got other opportunities, better conditions to work in. They don’t want to work bent over sweating in 90-degree temperatures out here in the field anymore.”

Barnes was fed up because Congress narrowly failed to pass an immigration reform bill under President George W. Bush in 2006 and 2007. And in 2013 and into the following year, the same thing happened under President Obama’s watch. I returned to Barnes’ farm a few days ago and asked how he was feeling about things now.

“Oh, we’re very frustrated. We’ve been waiting a long time for something to be done as far as immigration reform,” Barnes said.

“Well, it’s just a lot of candidates are demagogue-ing the issue. They’re smart people, they know better, they know a lot of things are not going to happen if we don’t have the workers here to do it. But they have found a whipping boy, and they’re playing it up. Or they’re trying to legalize everybody so they can vote for them.”

Barnes relies heavily on what’s called the H-2A visa — it allows him to temporarily bring foreign workers to his farm to handpick his sweet potatoes. First, he has to advertise locally for Americans, though. If he can’t find enough — and he never does — he turns to other countries, mostly Mexico. 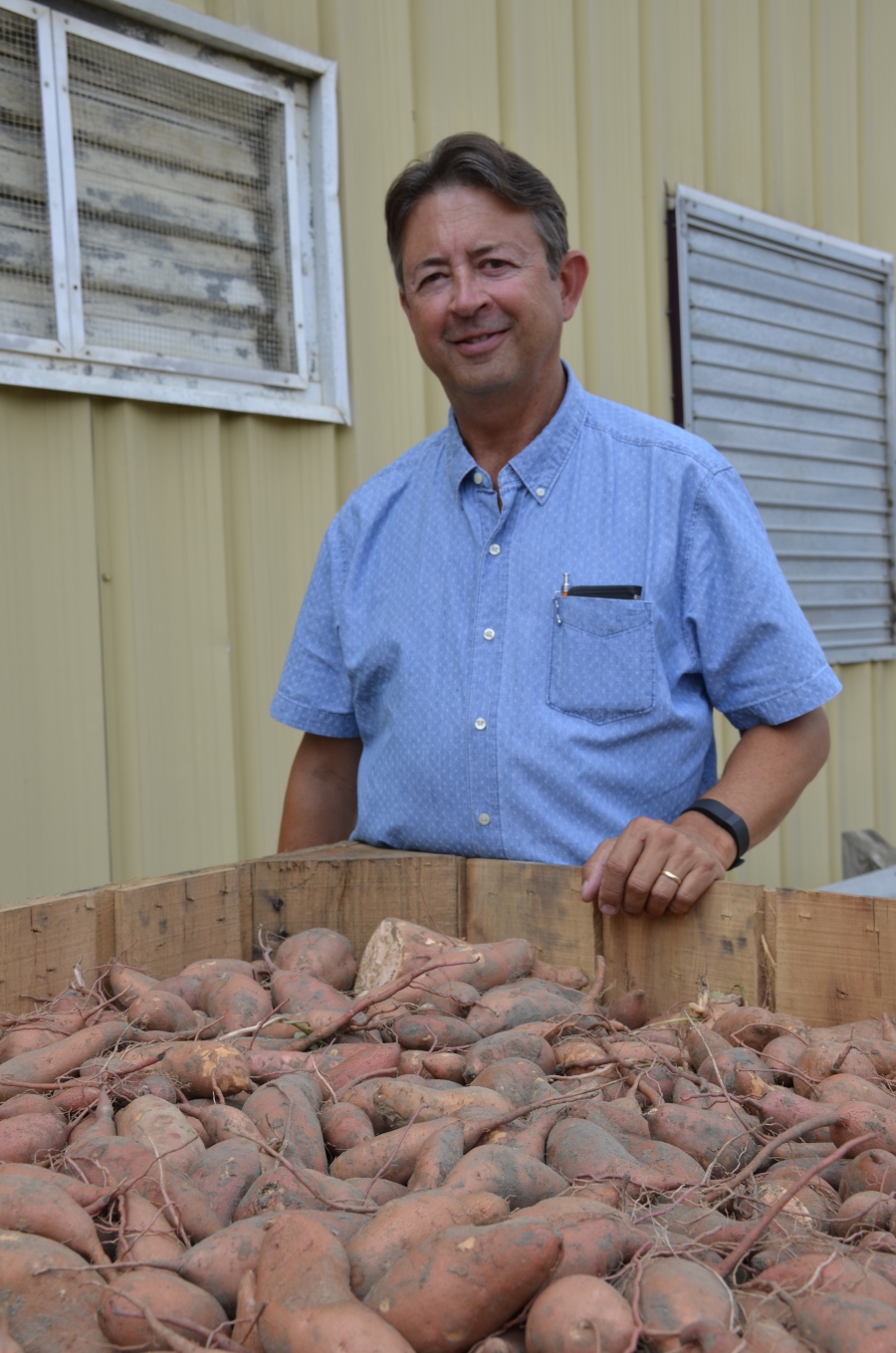 “I mean it costs me $1,000 per person to get them here, for all the visas, the costs and all [transportation and housing], and they have to turn around and go right back. It’s very expensive, it’s very bureaucratic.”

And if Barnes’ workers show up a few weeks late, his crops can die on the vine. I hear this from farmer after farmer, criticizing the H-2A visa program.

“The biggest problem for the farmers is the annual requirement that they demonstrate that they have gone out and tried to hire American workers for these jobs and failed to do so,” said Edward Alden with the Council on Foreign Relations. “So they feel like they have to go through this charade every year.”

Then having done that, farm owners need to recruit a largely new workforce each season.

Alden doesn’t see any prospect of relief coming from Washington anytime soon. That’s been doubly frustrating for farmers because their problems seem so solvable.

AgJobs would address labor shortages, protect workers’ rights and offer a path to legal status for undocumented farm workers. But here’s the problem: politics. AgJobs has been bundled into larger immigration bills. If AgJobs were to pass on its own, there would be even less chance of passing the more contentious elements of comprehensive immigration reform.

“I compare it — I probably told you nine years ago the same thing — it’s like a three-legged stool,” said Larry Wooten, president of the North Carolina Farm Bureau. (We also met nearly a decade ago and had a very similar conversation.)

He says the first leg of the stool is border security.

“We all agree on that, Democrats, Republicans, liberals. We ought to know who is in the country, we ought to have border security,” said Wooten, speaking a few days ago.

So, two sturdy legs of the stool. But here’s why the stool ultimately topples over.

“Where we run into the ditch on this issue of immigration is: What do you do with the 18 million, 12 million, 20 million undocumented folks that are here?” Wooten asks.

Nobody knows exactly how many undocumented people are in the US, but it’s generally agreed that it’s around 11 million or 12 million.

Back on his farm, Johnny Barnes said it’s high time to repair the third leg of the stool.

“We can’t round all 11 [million] or 12 million of them up and ship them back up to Mexico. There’d be a civil war. You look at the families that have been created, a lot of these workers, they bought property, they own their home, they own cars, they’re paying their taxes. They’re part of our social fabric now, and we’ve got to recognize that.”

By the way, that was Barnes speaking nearly a decade ago.