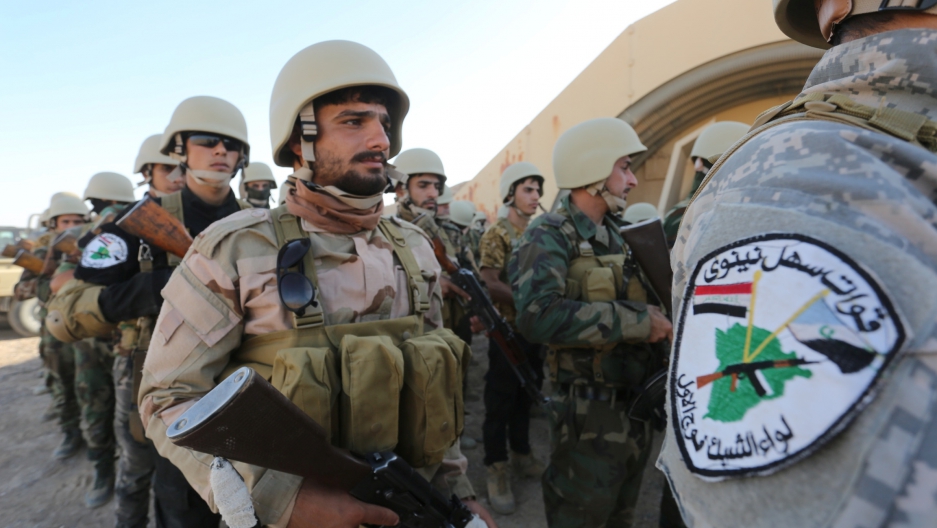 ISIS could use mustard gas against an Iraqi offensive to retake Mosul, Iraq's second-largest city, the US Defense Department said Monday.

"We can fully expect that as this road towards Mosul progresses, ISIL is likely to try to use it again," Pentagon spokesman Jeff Davis told reporters.

According to the spokesman, the ISIS mustard gas is typically a powder bound together with tar.

It is "not generally in a lethal concentration" and "not anything we would consider significant militarily," he said. "More irritant that anything else."

Iraqi security forces, backed by US-led coalition air power, are in the final weeks of preparing operations ahead of an assault to recapture Mosul, which ISIS seized in 2014 and which remains the jihadists' last main stronghold in Iraq.

The Pentagon suspects that ISIS used mustard gas last week in a rocket launched against US soldiers at a base near Qayyarah, a northern town in Iraq considered strategic for retaking Mosul.

The base is in the process of being transformed into a logistics hub to support the Mosul offensive.

US officials estimate that Iraqi forces could be technically ready to launch the attack in early October.

All US soldiers in Iraq who may be exposed to ISIS chemical arms have received training and the necessary protective equipment, Davis noted.

"They have practiced it many, many times before they will ever get to a place like Qayyarah West where they could encounter it," he said.

The United States also has provided more than 50,000 gas masks to the Iraqi forces, he said.

"We want to make sure that the Iraqi security forces and the Peshmergas [Kurdish fighters] have the ability to detect this and to defend against it," he said.

According to the Pentagon, the jihadists are making the mustard gas, and not taking it from the former stockpiles of the Iraqi or Syrian armies