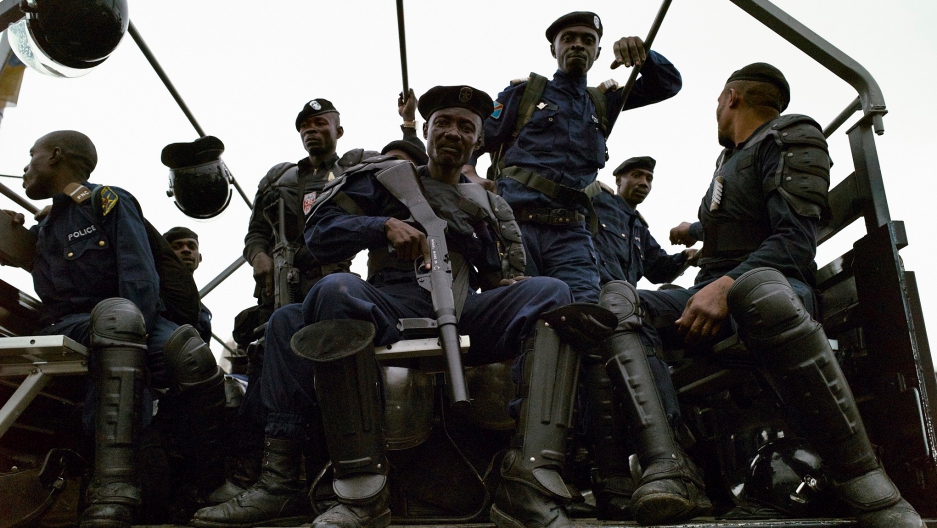 There's been a second day of violent unrest in Kinshasa, the capital of Congo, in central Africa. Dozens have died.

Unrest erupted after authorities announced a delay of the presidential elections.

“The minute I landed I could tell something was wrong,” says Jeffrey Gettleman of the New York Times, who arrived in Kinshasa on Monday. “No cars were allowed to leave the airport. The streets outside were deserted. You could see huge columns of black smoke in the distance. Lots of army trucks racing back and forth on these deserted boulevards."

"What happened was these riots had exploded in this slum area near the airport, and they paralyzed the city. Nobody could travel through there. Cars were getting stoned. Some cars were getting burned," Gettleman says. "Police officers were attacked. Banks were looted. Shops were burned. It was a real burst of chaos.”

“The root of it is this anger about what’s happening with the election, or the lack of the election, but it’s being exploited by the fact that there’s just thousands of idle youth on the streets of Kinshasa; very poor people with a lot of pent-up anger, and this was just the spark.”

President Joseph Kabila has served his constitutional limit of two terms, during which he is believed to have amassed considerable wealth.

Gettleman says the election delay, which the authorities explained was for technical reasons, is seen as just a pretext by many Congolese. The opposition suspects Kabila may wish to stay in power.