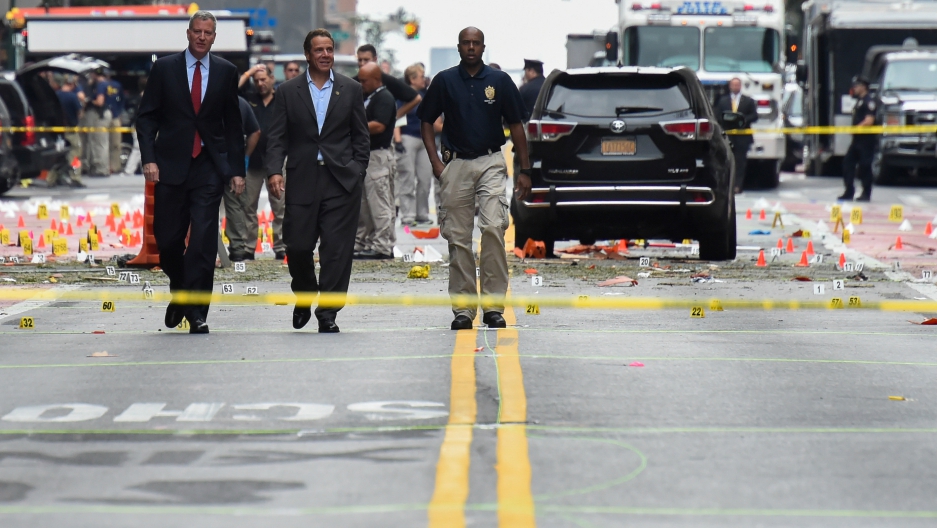 An "armed and dangerous" Afghan-born suspect wanted in the weekend bomb attacks in New York and New Jersey was wounded Monday in a shootout with police and taken into custody.

The Saturday attacks and a separate stabbing carried out by a Somali American with possible links to ISIS has put America on edge over terror fears less than 50 days before the presidential election.

President Barack Obama, in New York on Monday attending the UN General Assembly with world leaders, called on Americans "not to succumb to fear" in his first remarks about the three attacks in the same 24-hour period.

"Even as we have to be vigilant and aggressive both in preventing senseless acts of violence but also making sure that we find those who carry out such acts and bring them to justice, we all have a role to play as citizens in making sure that we don't succumb to that fear," he said.

Obama stressed that investigators at this point saw "no connection" between the incidents on the East Coast and the Minnesota stabbing, where police said the attacker made "some references to Allah" in carrying out the attack.

Ahmad Khan Rahami, 28, was put into an ambulance on a stretcher, sporting a bloody bandage on his right arm and moving his head with his eyes open in the New Jersey town of Linden, according to ABC News footage.

Two police officers were also shot and hurt in the exchange, said the mayor of the suspect's neighboring hometown Elizabeth, adjacent to Newark International Airport.

"Mr. Rahami is currently under arrest," Mayor Chris Bollwage told CNN. "One police officer in the city of Linden was shot in the chest and one was shot in the hand. Mr Rahami also sustained shots," Bollwage added. 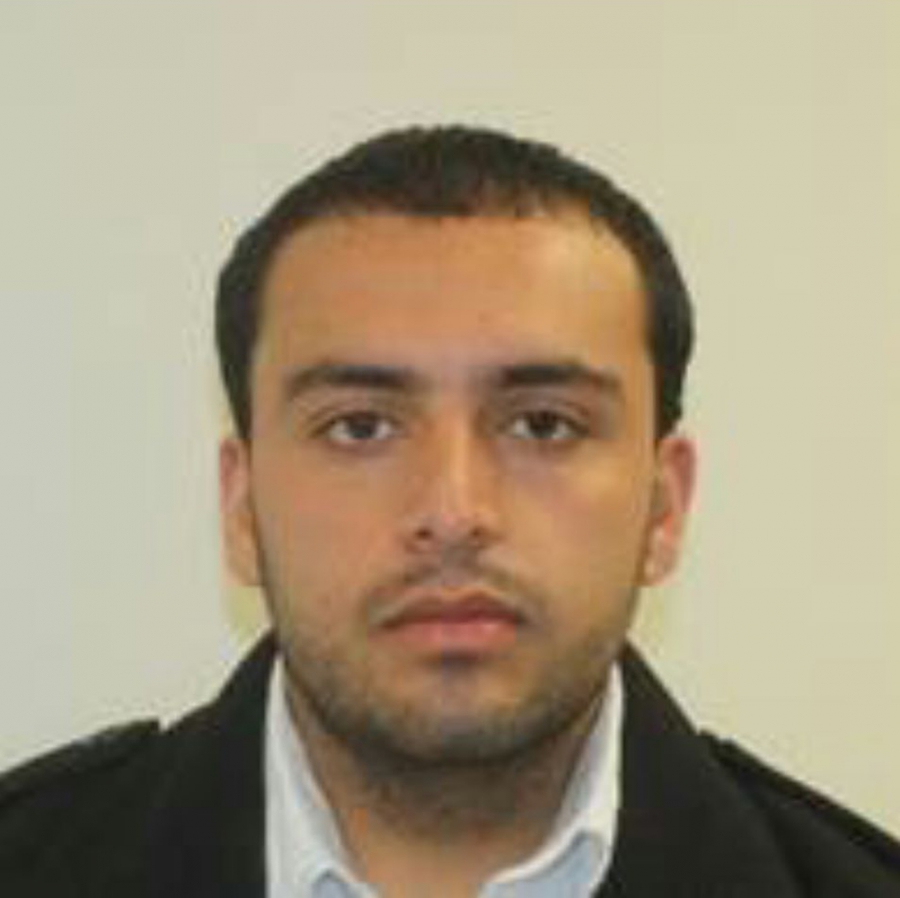 His arrest came about four hours after the FBI released a mugshot of Rahami, calling him "armed and dangerous" in text message alerts sent to millions of people in the New York area.

FBI officers late Sunday also found and defused a nest of bombs planted at the train station in Elizabeth.

Police want to question Rahami in connection with Saturday night's bombing in New York's Chelsea neighborhood that injured 29 people and Saturday morning's Seaside Park pipe bombing, which forced the cancellation of a US Marine race.

The discovery of the nest of bombs in Elizabeth may also be linked to the two attacks in New Jersey and in Manhattan, where a pressure cooker bomb was also successfully defused.

"From the bombs that were undetonated you can often get good evidence. You can get finger prints, DNA etc," New York Governor Andrew Cuomo said on CBS. "And the investigation is now targeting certain individuals who might suggest that this did have a foreign connection."

Little is known about Rahami, other than that his family ran a chicken restaurant and sued Elizabeth in 2011, accusing the city of discrimination stemming from complaints about keeping their business open beyond a curfew.

Fifteen years after the September 11 attacks, officials stress that lone-wolf attacks perpetrated by individuals who may be inspired by ISIS or al-Qaeda propaganda are the greatest terror threat to the homeland.

What was still unclear Monday was whether an individual or a wider group was responsible for the bomb attacks and the explosives planted in Elizabeth. Seaside Park is about 69 miles from Elizabeth, and 90 miles from Manhattan.

"We know a lot more than we did just 24 hours ago. It's certainly leaning more in the direction that this was a specific act of terror," New York Mayor de Blasio told ABC.

New York police have beefed up massively in the city, fanning out reinforcements to bus terminals, subway stations and airports.

Although there has been no claim of responsibility for the Chelsea bombing or any of the bombs in New Jersey, a jihadist-linked news agency, Amaq, claimed that an ISIS "soldier" carried out the Minnesota stabbings.

A 22-year-old Somali American injured nine people in a shopping mall in St Cloud on Saturday before being shot dead by an off-duty police officer.

Democratic presidential nominee Hillary Clinton, whose lead over Donald Trump in the polls has dipped, said Monday that the United States needed to invest "more time and more resources" in confronting the lone-wolf threat.

"The recruitment and radicalization that goes on online has to be much more vigorously intercepted and prevented," she said in White Plains, New York.

Her Republican opponent predicted that there could be more attacks, slamming what he called America's "weak" policies in opening the doors to "tens of thousands" of foreign immigrants.

"We're going to have to be very tough," he told Fox television. "I think this is something that maybe ... will happen perhaps more and more all over the country," he said