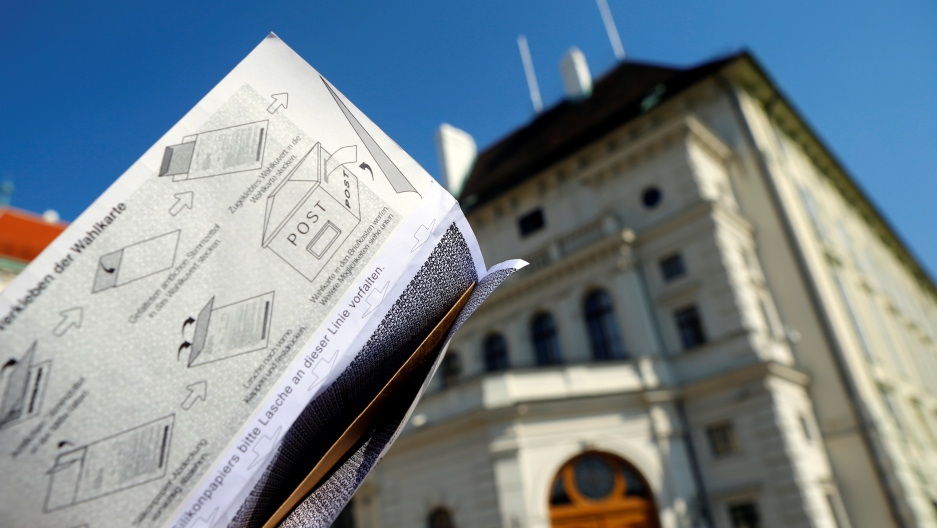 Ballot papers for postal voting in front of the presidential office are seen in this photo illustration, on September 12, 2016.

Austria, which has been without a president since July, will have to wait until 2017 for its next head of state to take office, parliament said Monday as the country prepares to vote in a scandal-plagued election re-run.

The future president will be sworn in on January 26 — more than a month after the vote, which is scheduled to take place on December 4.

The delay aims to give authorities sufficient time to investigate any potential claims of electoral fraud or irregularities in the vote, which pits far-right candidate Norbert Hofer against independent ecologist Alexander Van der Bellen.

The last ballot result from May was annulled after Austria's highest court upheld the narrowly defeated far-right's claims of procedural irregularities.

And in a fresh twist earlier this month, the government was forced to postpone October's planned re-run after it emerged that the envelopes for postal votes were not sticky enough, meaning they could easily be reopened.

If he wins, this time, the FPOe candidate would become Europe's first far-right head of state since 1945.

While recent polls have put the far-right hopeful in the lead, a new survey released this weekend showed Van der Bellen gaining ground.

Published by the Oesterreich tabloid, the poll of 800 people gave the green contender 49 percent and Hofer 51 percent, with a four-percent margin of error.

Austria has been without a president since July 8 when Heinz Fischer stepped down. He was replaced on an interim basis by the speaker of parliament and two deputy speakers.

The role of Austria's president is largely ceremonial but not entirely. He or she can in theory sack the government — something that Hofer has in the past threatened he would do.

On Wednesday, the parliament is to pass a bill confirming December 4 as the new re-run date.