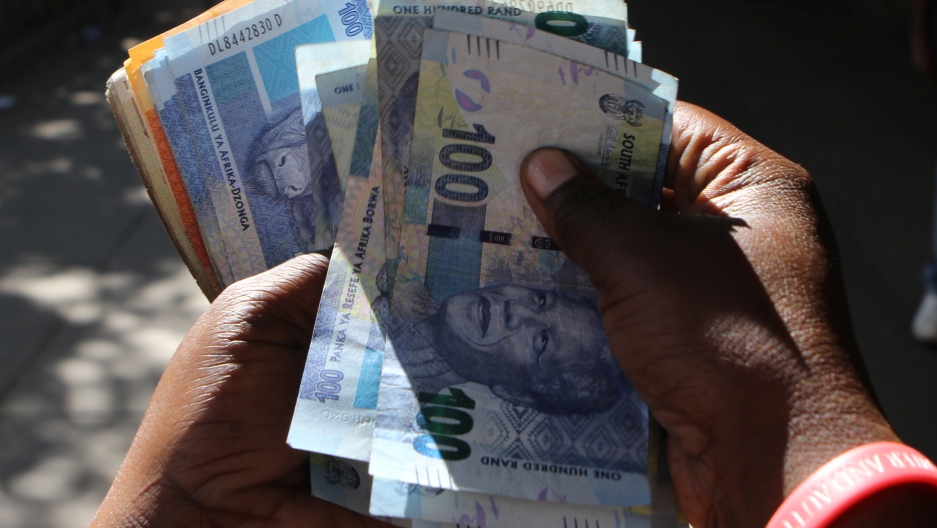 A street money changer counts South African Rands in Harare, Zimbabwe, on May 5, 2016.

Zimbabwe announced Thursday it will introduce next month "bond notes" equivalent to the US dollar, sparking fears of a return to the hyperinflation that wrecked the economy several years ago.

The country, led by authoritarian President Robert Mugabe, adopted the US dollar and South African rand in 2009 after inflation — which peaked at 231 million percent — rendered the local dollar worthless.

But Zimbabwe has run out of US dollar notes in recent months and hopes to ease the cash crunch by printing its own "bond notes" that will be valued in denominations of $2, $5, $10 and $20.

The plan immediately attracted criticism, with analysts saying the token currency would not hold its US dollar value and would be seen as a new version of the valueless local dollar.

A wave of protests has shaken Mugabe's regime this year, with "No to bond notes" among the regular slogans expressing grievances against the government amid a worsening economic crisis.

"The bond notes will start to circulate by the end of October and will be at par with the US dollar," Reserve Bank of Zimbabwe governor John Mangudya said in Harare.

"We anticipate by the end of the year $75 million will be in the market."

The cash shortage has forced the ZANU-PF government to delay paying salaries each month to civil servants and the military.

With the government again printing its own money, many Zimbabweans fear a repeat of the excessive printing that led to hyperinflation. 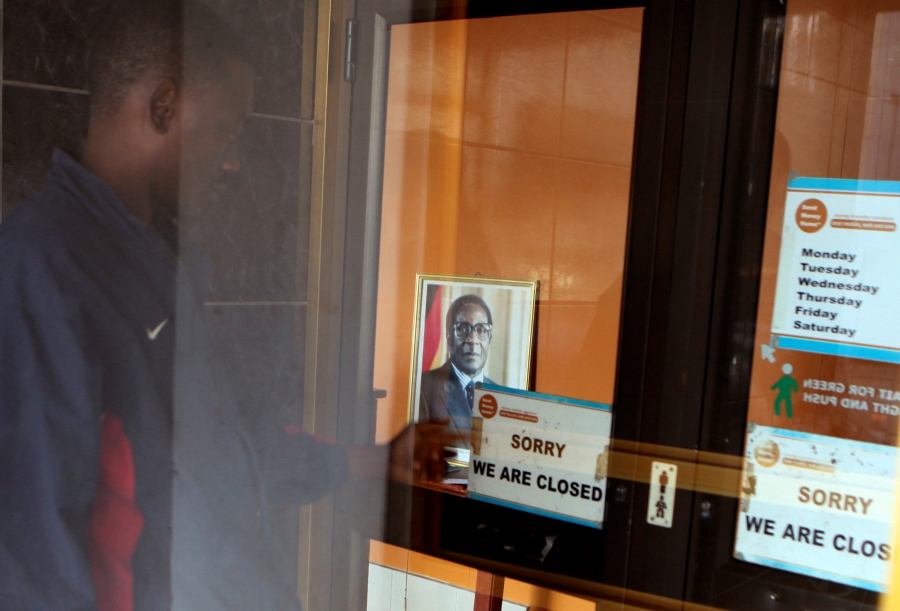 "It will immediately destroy trust. The trust is not there and the value of the bond note will not be sustained," Harare-based economic analyst John Robertson tells AFP.

Zimbabwe once removed 12 zeros from its battered currency at the height of hyperinflation in 2009 when the largest note was the $100 trillion denomination.

Mangudya denied the new bond notes would be rejected by many Zimbabweans.

"It is critical to emphasize that the introduction of bond notes does not mark the return of the Zimbabwe dollar through the back door," he said.

The new notes will be printed in Germany and backed by a $200-million support facility provided by Afreximbank (Africa Export-Import Bank), the government has said.

Further anti-Mugabe protests are planned on Saturday, despite a police ban on rallies in Harare.

The president, 92, has often used brutal force to silence his opponents, and he recently warned the protesters they were "playing a dangerous game."

The Tajamuka protest group said Wednesday that one of its activists, actor Sylvanos Mudzvova, was being treated in hospital after being abducted, beaten up by assailants and dumped outside the city.

Mugabe, who looks frail but still gives long speeches in public, has vowed to stand for re-election in 2018, while his wife Grace, 51, is seen as one of his possible successors.

"It is clear Mugabe's capacities have diminished significantly, his ability to hold things together is doubtful," Piers Pigou, of the International Crisis Group, told a briefing in Johannesburg this week.

"I don't think (Mugabe) has faced this kind of pressure before. The state of the party has never been so fractured and the state of the economy — some are arguing that it is worse now than it was at the height of hyperinflation."