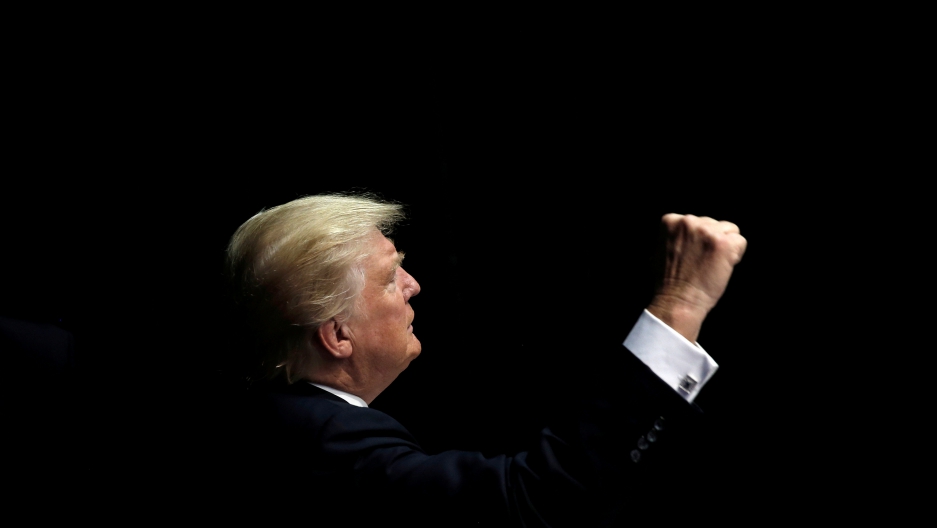 There’s been much scrutiny of the Clinton Foundation after reports indicated donors may have been given special treatment from the government while Hillary Clinton was secretary of state. Since then, the Clinton Foundation announced it would not accept foreign or corporate donations and former President Bill Clinton said he would resign from the board should Hillary Clinton take office.

Now, the focus is on Republican party candidate Donald Trump. David Farenthold of The Washington Post recently published an investigation that showed Trump profited from charitable events and passed on donations from others as his own.

Farenthold reported the Donald J. Trump Foundation, created in 1987, started accepting donations from outside parties as early as 2001. Donald Trump has not donated his own money since 2008.

In describing the Trump foundation, Farenthold said, “That’s a really interesting foundation. I’ve talked to tax experts that have say it’s not like any they’ve ever seen.”

Farenthold continued, “It has Donald Trump’s name on it people assume that if ... a rich man starts a foundation — the money and the foundation comes from him.”

Only, it doesn’t. Instead, Trump collects money from outside sources and donates it under his name, giving the impression that it comes from his own pockets.

“He’s basically found a way to have his philanthropy for free,”  Farenthold said.

According to Farenthold, the discrepancies do not end there. Trump actually may profit from charitable events.

“One of his big businesses is renting out the Mar-A-Lago club in Palm Beach that he owns,” Farenthold said. One group reportedly spent more than $270,000 to rent Mar-A-Lago.

“That’s a lot of money Trump makes off these charities,” Farenthold said. “And the money he makes off them in one night is often more than he has given to them, even with other people’s money over a period of years."

Farenthold also reported that Trump used $20,000 of money from his charity to buy a gift, a painting of himself for himself.

Farenthold pointed to a charity event Trump held in Iowa, back in January, as an example of his unusual charitable style.

“He skipped the Fox News debate. He held this big fundraiser and he said he raised $6 million for the veterans,”  Farenthold said.

An unbelievable night in Iowa with our great Veterans! We raised $6,000,000.00 while the politicians talked! #GOPDebate

“He said that on stage, ‘I gave a million dollars,’ past tense, in January. ... Months later we were trying to figure out did Trump give that money, his campaign actually told us, ‘Yes. he’s given the money secretly,’” Farenthold remembered.

He claimed the Trump campaign said, “We don’t want to tell anybody where it went.”

“So I went looking for it, trying to find the veterans groups that had gotten a million bucks and it turned out that was a lie,” Farenthold said. “He hadn’t actually given the money out.”

“[Trump] drew so much attention to himself by raising money for the veterans, but he failed to follow through until he was put under some pretty extreme pressure,” Farenthold said.

The Trump campaign has called the report inaccurate. Farenthold claimed, “We asked them for comment on that story, and then after the fact they said it was inaccurate, but did not point out any inaccuracies.”