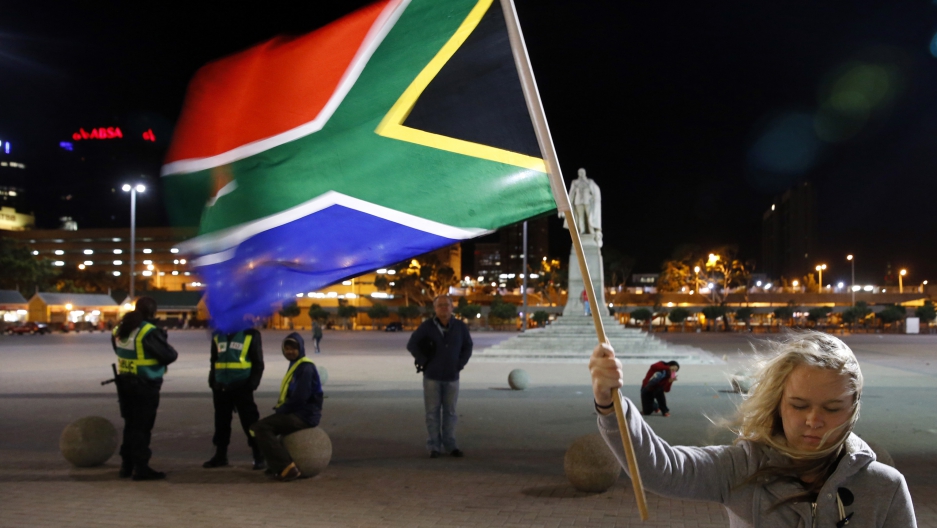 South Africa's murder rate increased by 4.9 percent in the last year, official statistics showed Friday, with the police minister admitting the country was struggling with "a prevalent culture of violence."

"What it says about us South Africans is that we are violent, we have a prevalent culture of violence," he told journalists.

"It's not about what the government can do, it's about what we can (all) do. It's a huge societal issue that we have to deal with."

Officials said most murders occurred indoors, in urban areas and involved people known to each other.

The high crime rate is seen as hampering the country's social cohesion, economic growth and international reputation — especially as a tourist destination.

Carjacking, which is one of the most prevalent crimes in South Africa, increased by 14.3 percent last year, while house robberies were up 2.7 percent.

Sexual offenses were down 3.2 percent, though many experts say that incidents are underreported.

The governing African National Congress (ANC) expressed its alarm at the number of murders and carjackings, saying they "make our people... live in fear."

"While police are central to the alleviation of acts of criminality in society, such crimes point to social ills and thus require interventions beyond the police," the party said in a statement.

Sparsely populated Northern Cape was the only province that recorded a decrease in murders, while Eastern Cape province, recorded the sharpest increase — posting a jump of 9.9 percent.

South African police have increasingly come under fire for failing to bring down crime levels, although officials insist that the numbers are lower compared to before the end of apartheid in 1994.

Poverty and record levels of unemployment are often seen as key drivers of crime in South Africa, where economic growth is expected to flatline this year.

The government recently announced that crime statistics would now be released quarterly, instead of once a year, saying it would help improve policing.

"Violence — whether it's murder, rape or assault — is not something that the police can prevent or reduce on their own," said Gareth Newham of the Institute for Security Studies (ISS) think tank.