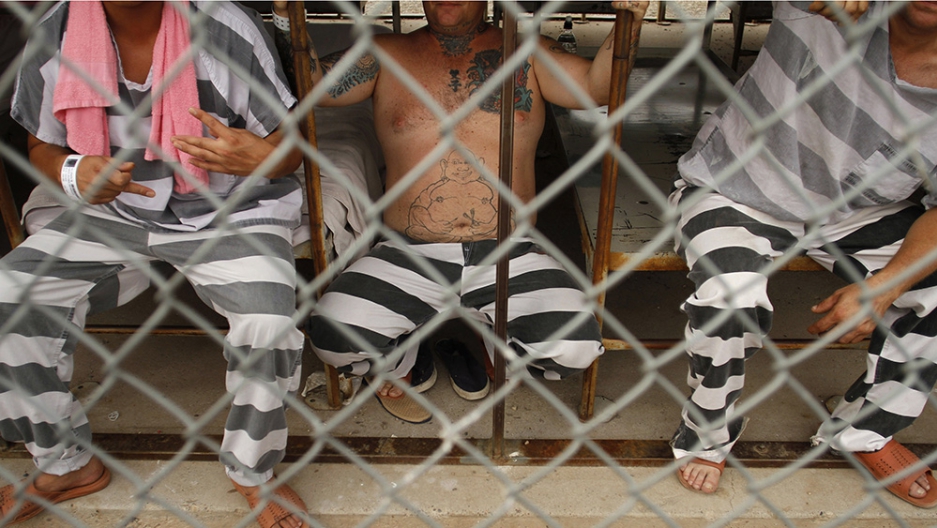 Inmates serving out jail sentences in Phoenix, Arizona in July 2010.

Last month the Justice Department announced it would end the use of private prisons at the federal level in the next five years.

It is a milestone for advocates who claim that privately owned penitentiaries are more violent, expensive and contribute to tougher criminal laws and higher incarceration rates.

The US is the first country to privatize its correctional facilities in modern history and many other countries looked to the US when planning their own prison privatization.

We looked at the data and found that today, the UK, Australia, Scotland and New Zealand all now have a higher proportion of prisoners kept in private prison when compared to the US.

But, the US has the world's highest incarceration rate, which can't be ignored. If you take that into consideration, how significant is the Justice Department's plan to end the use of private prisons?

Prison privatization in the UK gained momentum under Prime Minister Margaret Thatcher in the 1980s, as part of a sweeping trend in which the private sector took over a list of public services in the name of performance and cost effectiveness.

The UK got its first private jail in 1992 and the number of private prisons has reached 14 today. And, the proportion of prisoners held in private jails has been on the rise from 13 percent in 2007 to 18 percent in 2016.

Australia had its first private prison in 1995, 11 years later than the US, but since then the industry has grown rapidly into nine private prisons today, managed by three global giant security companies that also run private prisons in the US and Europe.

The private sector also manages all Australian immigrant detention centers, a unique system not found in the four other countries studied.

However, the government took over the daily management of Mount Eden in July 2015 after the operator, Serco, was investigated over reports of inmates having "fight clubs" in the prison.

In Scotland, the Scottish Natonal Party administration, which support Scottish independence from the UK, is attempting to chart a different path from London in prison management.

Last year, Scottish Justice Secretary Michael Matheson announced the decision to scrap the plan to build a new prison and replace it with a smaller prison and five community-based custodial units that would be located in areas close to the offenders' communities for them to maintain family contact.

In its report entitled Global Prison Trends 2015, advocacy group Penal Reform International recommended first that governments review "whether or not imprisonment is playing an appropriate role in tackling crime. Countries with very high rates of imprisonment should do so as a matter of urgency."

The second recommendation urges governments to review the need to build new prisons as the "construction of new prisons without penal reform may simply lead to an increase in the prison population."

So, the plan by the US Justice Department to stop using private federal prisons is an important move for many involved in debates over incarceration. But, with how large the US prison population is, the plan only address a small part of the larger issue.