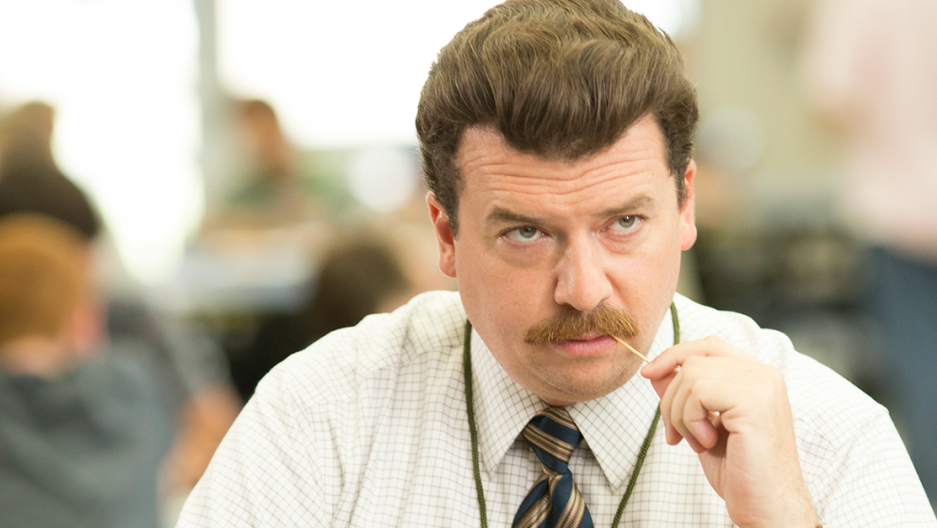 The actor and writer Danny McBride has made a career playing mean, egotistical, foul-mouthed leading characters — that you can’t help but love anyway. He’s played a washed up Taekwondo instructor in “The Foot Fist Way,” a self-centered actor in “This Is the End,” and a baseball player turned substitute teacher in the cult TV show “Eastbound and Down.”

“What we started to do was like, let's take these characters that are unlike us or unlike people we'd ever want to spend time with and let's figure out a way to make them human beings,” McBride says.

McBride started making films with his longtime collaborator Jody Hill when they were still students at North Carolina School of the Arts. They embrace their southern roots in the new HBO show, “Vice Principals,” which stars McBride and Walton Goggins as high school vice principals battling for principal job. Chaos and profanity ensue.

“You know, it's funny,” McBride says. “I think it's because my friends swear so much that we don't even really realize how much we're putting in the shows until my parents will call and be like, ‘God, do you guys have to cuss so much?’ and I'm like, ‘Are we cussing a lot? I didn't know that we were in that.’ It's like, ‘Oh yeah, we've cussed a lot in this.’ I don't know, I feel like Southerners can cuss in a way that just almost makes it sound like poetry. So I think we just kind of channel that.”

McBride has already written and shot two full seasons of “Vice Principals,” and he says everyone on the show, from writers to editors, camera operators and production designers are all people he went to school with.

“I think it really started at that school,” McBride says. “We knew that we were so far outside of the industry and we we were sort of in this bubble in Winston-Salem, North Carolina, that it just created this work ethic. But we always just helped each other no matter what.

"If you had to pull cable, or had to go make a run, or give a note on a script, everybody was just always involved in everyone's projects. And that work ethic sort of has followed us anytime anybody is ready to do something. You have all these guys coming out of the woodwork that we've worked with for years.”

McBride has many on-camera roles already in his portfolio, but he says he never set out to have an on-screen career.

McBride is proud of his work, but says he doesn’t let his children watch his shows.

“They don't ever — even when they're grown people I'll have it banned,” McBride says. “I have a 4-year-old son and a 1-year-old daughter, and yeah my son was actually able see the first thing he's ever been able to see with me, which is the Angry Birds movie. So that was a big moment for us.”