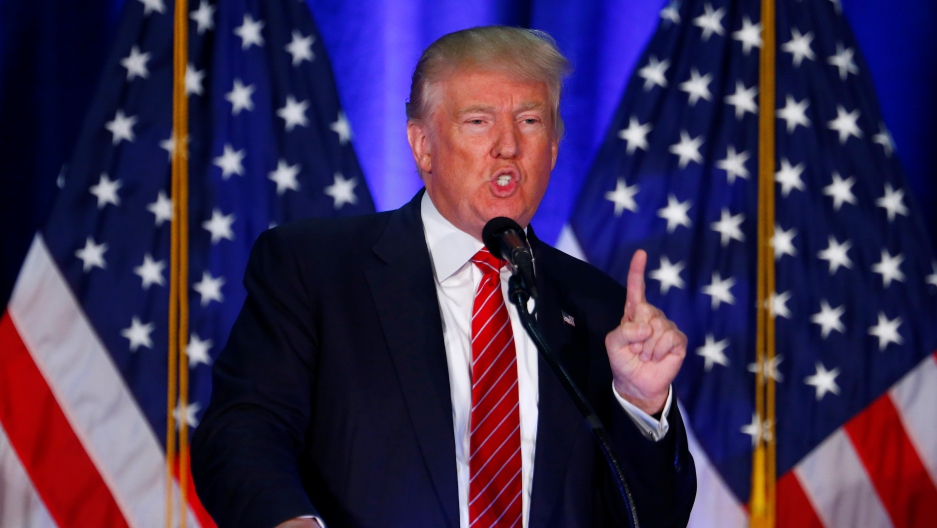 Donald Trump said this week he was ready to get vicious in the war with what he called radical Islam. The Republican presidential candidate called it an ideological struggle, like the Cold War. But he also said he was ready to embrace "moderate Muslims."

Qasim Rashid rejects the label “moderate Muslim.” Rashid — who heads the Washington-based organization Muslims For Peace — says there is extremism and then there is Islam.

“They are two very different entities,” he argues.

“What he [Trump] is proposing is not a combatting of extremism, it’s actually a demonization of Muslims,” argues Rashid. “And it’s creating more problems than it could ever hope to solve, because he’s basically trying to punish ‘thought crime.’ If you believe in Sharia [Islamic Law], you’re going to be excluded; if you don’t follow the exact values he follows, you’re going to be deported or thrown out of the country.”

Rashid is also North America spokesperson for the Ahmadiyya Muslim community. He says their message to Trump has been to invite him to “work together to combat extremism.”

“In this ideological fight, we can’t afford to respond to extremists with more extremism. We need to respond with education, compassion and collaboration.”

“Our door has been open,” Rashid adds. “In fact, we sent him a personal copy of the Quran last year, and our doors have remained open. We’ve invited him to look at the ‘True Islam’ campaign. This is a campaign we launched last year after the San Bernardino attacks to demonstrate what true Islam stands for, to separate it from extremist ideology.”

The True Islam campaign is based on a model that Rashid says has been proven around the world to combat those who are trying to radicalize youth.

“The beauty of the US government,” argues Rashid, “is the fact it’s actually the most Islamic government in the world,” says Rashid. “Because it’s based off of justice; it’s based off of equality, which is what Islam teaches: that you must treat all citizens with equality regardless of race, color or creed.”

“The First Amendment protects universal freedom of conscience, and to violate that is I think a violation of our founding values and of our founding principles as a republic.”

Rashid acknowledges other schools of Islam are less tolerant, but says that highlights “the need to work together. Rather than fighting fire with more fire, water is what puts out fire, not more fire."

The Ahmadiyyas are seen as a heretical sect by mainstream branches of Islam. However, Rashid says many other individual Muslim communities and organizations have endorsed their approach, and he says these include Sunni Muslims and Shiite Muslims “who are joining together in this united non-sectarian effort to counter extremist ideology.”

The Ahmadiyyas have suffered persecution from extremists because of their religious beliefs. But Rashid says love is still the best response.