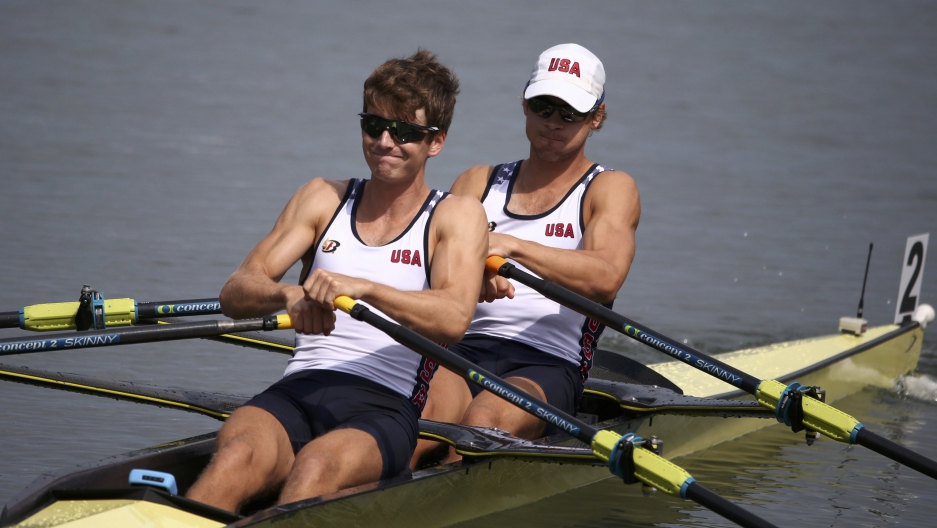 US rowers Joshua Konieczny and Andrew Campbell Jr. compete at Lagoa Stadium at the Rio Summer Olympics on Aug. 8.

We heard a lot about the water quality before the Olympics got started.

How the place where some of the games would be held were polluted and filled with sewage. There were fears the athletes would come down with skin diseases and stomach ailments. Rowers and sailors were especially concerned.

"The water quality wasn't a problem at all," says Andrew Campbell, member of the men's lightweight double sculls for Team USA. "The regatta organizers took water quality measurements every single day of training/competition, and found that levels of E-coli and other harmful bacteria were well below the threshold that were considered harmful."

Campbell says not a single US rower got sick. He doesn't even know of a rower who got sick on other Olympic teams.

If anything, the venue at Lagoa was incredible, with the Christ the Redeemer statue in the background. It's a body of water exposed to the elements. That proved benefitial to Campbell, who practiced on the Charles River in Boston.

"The water for a number of days here was kind of rough," he says. "In this case it was a natural lake, so it's got open sides, and that can mean that when the wind kicks up the course can get rougher. And so I think that training on the Charles River basin, which is very open and is windy all the time, was great preparation for competing down here in Rio."

Rio has treated Campbell well. He placed fifth in the finals along with his teammate. He considers it a personal victory.

The team made their goal of reaching the finals. Now that racing is over, he's exploring the place.

"The people are incredibly welcoming. Food is great," he says. "We went to the beach the other day. It really is kind of a paradise. And it's a great venue for Olympics."