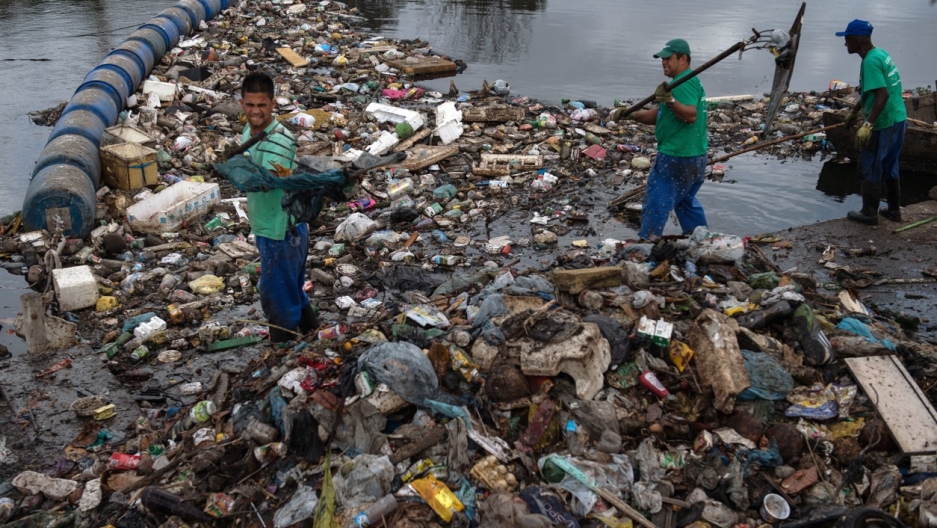 RIO DE JANEIRO, Brazil — This city used to be a bucolic paradise. Children bathed in the crystalline Guanabara Bay, while couples strolled the clean beaches of Copacabana and Ipanema.

Then about 12 million people showed up, and Rio’s city and state governments totally bungled the trash collection and sewage treatment for all those new residents. And the authorities lost control of whatever muck poured into the bay from factories springing up along its shores.

Much of Guanabara Bay — host of some of next year’s Summer Olympic Games — is now a stinking mess. And, as the Associated Press has done a brilliant job reporting, the government squandered more than $1 billion earmarked to clean it up.

Looking more closely at Rio’s water mismanagement, two statistics stand out as extraordinary even by the standards of this mess. In April, then-Rio State Environment Secretary Carlos Minc told Rio’s O Globo network that the state was decimating its original budget of almost $1 billion to clean up Guanabara Bay because it didn’t actually have the money.

That killed the state’s major infrastructure revamp plans, according to O Globo. All that was left were two programs called “ecoboats” and “ecobarriers.”

Ecoboats are basically little vessels fitted with garbage collection contraptions (see one in action here). The ecobarriers are floating nets set up across the rivers and streams that flow into the bay. Ahead of the 2016 Olympics, the Rio state government built “ecobarriers,” pictured here, but scientists say they do very little to block the filth.

Water quality experts say both of these programs are almost entirely cosmetic. They don’t do anything to clean up the chemical or biological pollution in the bay. And they definitely don’t do anything about the high levels of dangerous viruses found in the bay and local beaches that can be traced to raw sewage that flows into Rio’s waterways.

But here’s another startling piece of data:

2) The state’s trash collection efforts only remove about 7.5 percent of the 90 tons of waste flowing into Guanabara Bay

Citing the Brazilian Association of Public Cleaning Companies and Special Waste, the newspaper reported that about 90 metric tons of garbage is dumped into the bay each and every day.

Last year, the paper reported, the ecoboats collected about 1.8 tons of trash daily, while the ecobarriers prevented about another 5 tons from entering the bay. That’s a total of about 6.8 tons — just 7.5 percent of the trash thrown every day into this once-pristine body of water.

The state government has pledged to improve its trash collection efforts using mathematical modeling to make the boats and barriers more efficient. But earlier this year, even the ecoboat program was closed down for four months due to a lack of funding.

More from GlobalPost: Come for the World Cup, swim with the feces (PHOTOS)