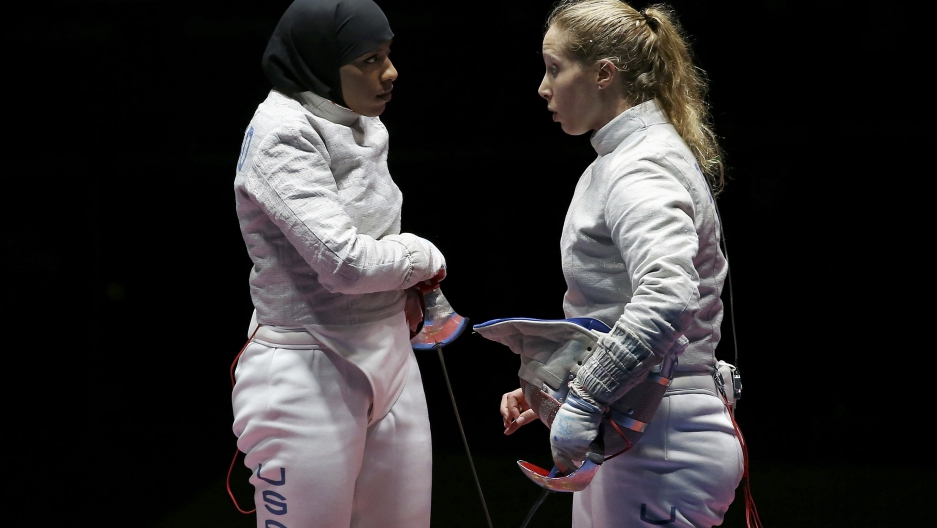 You've likely seen or heard from her over the last week.

American fencer Ibtihaj Muhammad is a black, Muslim woman who wears a hijab — and she has become the first ever American athlete to do so on the Olympic stage.

It's brought her an unprecedented amount of attention, especially as Presidential candidate Donald Trump continues to defend his proposal to ban all Muslim immigrants from entering the US. And now, she's a bronze medalist, too.

Diverse, strong and proud. The first @TeamUSA member to compete in a hijab, @IbtihajMuhammad wins Bronze in fencing pic.twitter.com/0ou5UM3SWW

Shireen Ahmed, a freelance writer who focuses on Muslim women and sport, calls Muhammad "a very identifiable black Muslim woman, and for me, represents possibility and she represents inclusion."

"She ... doesn't apologize for her identity and that is really, really powerful."

But while much has been made of Muhammad being the first American athlete to wear a hijab while competing at the highest international level, she isn't the first Muslim Olympian to compete in a hijab. 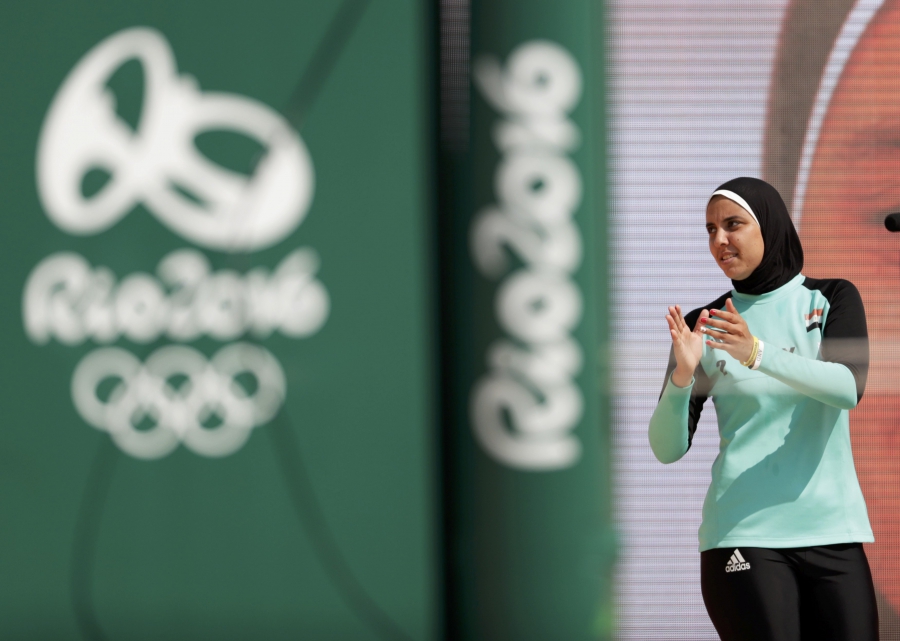 Doaa Elghobashy of Egypt competes in beach volleyball in a hijab.

The reality is that many women in competitive sports find themselves in a bind in which what they wear can have a direct impact on their ability to compete.

The justification for these bans often fall under safety concerns. But that argument is not one that convinces Ahmed.

"Particularly with the basketball federation ban, there's no proof, there's not one iota of evidence that a woman has ever been injured in a mandated game by a hijab."

But some countries, like Iran and Saudi Arabia, will only allow female athletes to compete in hijab.

"For example, the Iranian women's national [soccer] team could not compete, were not permitted to compete without hijabs. Yet for so many years, FIFA said they couldn't compete with hijabs. So where does that leave those athletes?" Ahmed asks.

"What happens to them is they have to sit on the sideline. The people who lose out the most are the female athletes in this case."

Ahmed says it's time women athletes had more of a say in what they can wear.

"I have a very firm opinion that women should be allowed to choose what they want to wear, what as an athlete suits them, what they're most comfortable wearing," she says. "It should be up to the athlete. It's also important to remember that the governing bodies of these sports are mostly governed by men."

"I'm also very sure that female athletes are able — if they've mastered an athletic skill — they're also very capable of mastering their own wardrobes."

This story was first aired as an interview on Day 6 from the CBC.