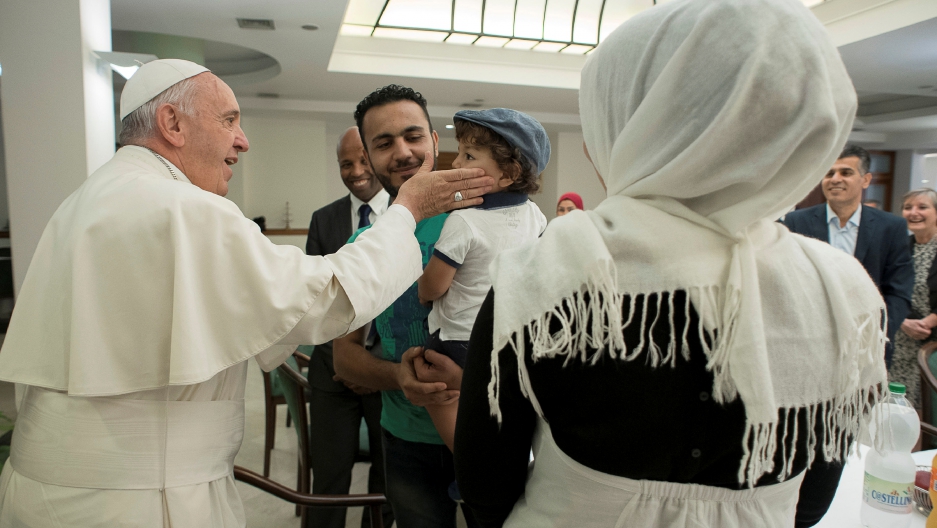 Pope Francis greets some Syrian refugees at the Vatican August 11, 2016.

Young Syrian refugees who Pope Francis brought home with him after a trip to Greece laughed and joked with the pontiff Thursday as they told him of their new life in Italy.

The seven children were part of a group of 21 Syrian refugees given a new start in Rome after the pope's intervention following a visit to the Greek Island of Lesbos in April.

All 21 sat down for lunch with him at the Casa Santa Marta, a Vatican guesthouse, with the children presenting him with a book of their drawings.

"It was a moving, family moment ... they spoke in Italian, which they have been learning ... they told him about their life, where they came from, their country, their town, but also what they are doing in Rome," said Daniela Pompei, of the Saint'Egidio religious community, which is temporarily housing the families.

"They thanked him, because he saved their life [and] the children little by little became more confident and started to play with the pope, laughing, making jokes, something that greatly amused the holy father," she added. 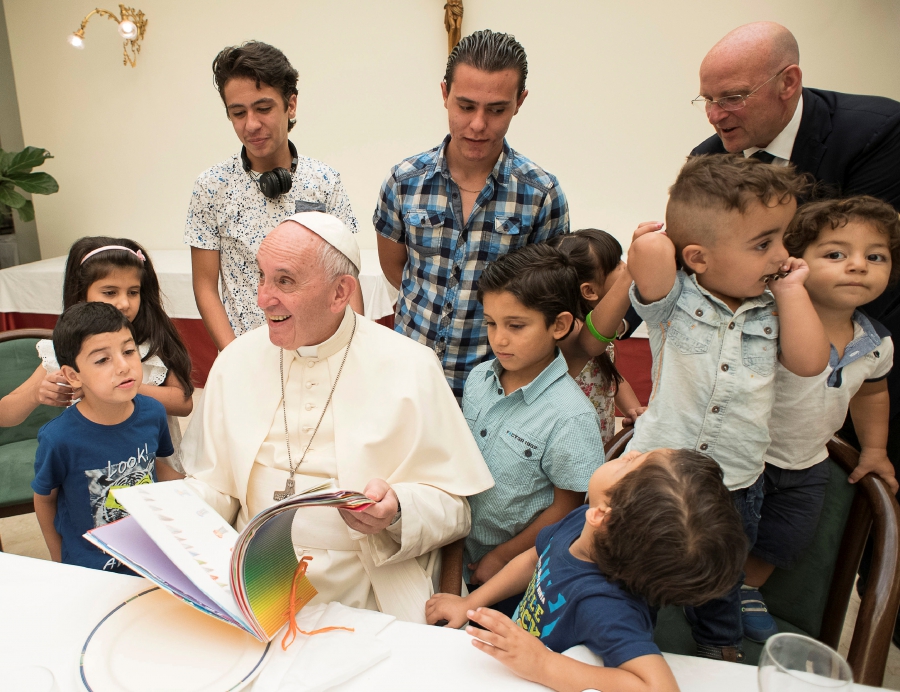 Pope Francis sits with some Syrian refugees at the Vatican August 11, 2016.

The refugees came to Italy in two groups in April and June.

Twelve of the group were brought to Rome by the pope himself in April at the end of a trip to Lesbos in Greece aimed at highlighting the plight of hundreds of thousands of refugees arriving on the shores of Europe.

Another nine who had also been living in a transit camp on the Greek island after making the perilous sea crossing from Turkey were brought to Italy in June.

Francis has repeatedly condemned Western society for its indifference to refugees, making the cause of migrants trying to reach Europe one of the defining themes of his papacy.

More than 1.1 million people have crossed clandestinely from Turkey to Greece since the start of 2015, with hundreds drowning en route. Many of them are Syrians, fleeing the horrors of the country's war.

Arrivals in Greece fell sharply after Turkey agreed in March to take back anyone denied asylum in return for billions in EU cash and other concessions. Human rights groups have criticised the arrangement.