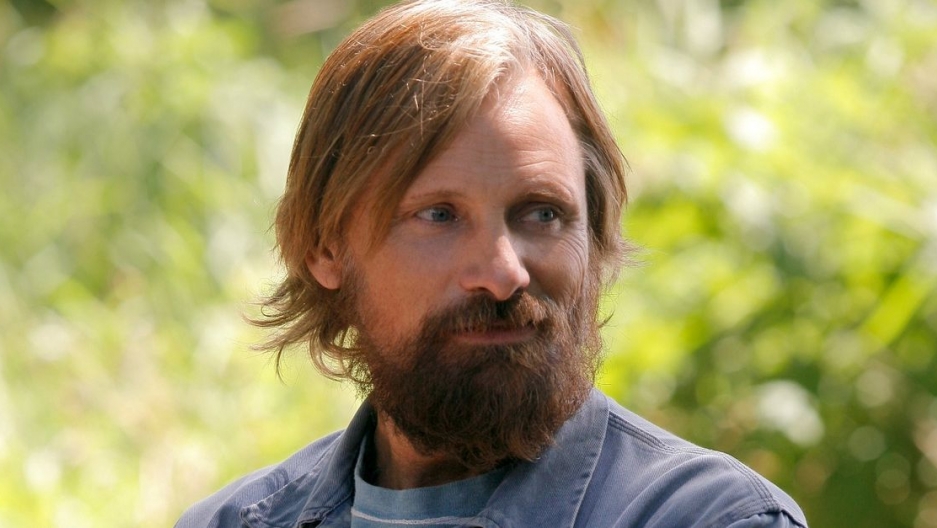 In the years since Viggo Mortensen played Aragorn in “The Lord of the Rings” movies, he’s used his bankability to foster smaller, quieter films — like the surreal Argentinian Western “Jauja” or David Cronenberg’s “A History of Violence” and “Eastern Promises.”

“Lord of the Rings was an incredibly ambitious project, which was successful beyond anybody's imagination. You know when we were shooting it, you're hoping that people are going to like it — but we had no idea it would be such a phenomenon,” Mortensen says. “It just helped me have more options to do what I'd always been doing, which is looking for interesting stories without any thought to what the budget is, or personalities. I just like stories that challenge me, that I'm going to learn something, that I think will stand the test of time.”

“The Lord of the Rings” also gave Mortensen the money he needed to focus on projects he valued, instead of using his acting career to advertise products.

“When I see people basically being models, one, I'm looking at an actor doing that and they may have their great reasons for doing it and that's fine. I'm not criticizing. It’s just, as an audience member, for me, no matter how good a job they do in a movie, I can't completely erase the image of them selling a watch, or a perfume, or a dress, or a car from my mind. It's more of a leap of faith — they really really have to hit out a part for me to forget that,” Mortensen says. “The other thing is, I just think, well, how much money do you need? You know, I mean, life is short — do things that you're going to be proud of.”

Mortensen’s most recent project, “Captain Fantastic,” may sound like a superhero movie, but it’s not. Mortensen plays a father who’s raising his six kids off the grid in the Pacific Northwest as a kind of leftist Swiss Family Robinson. He trains the kids to hunt, climb mountains and spout Marxist theory. But after a family tragedy, the family embarks on a road trip into the heart of mainstream America.

The father Mortensen portrays is not a clearly good or clearly bad.

“[He’s] the father of the six kids — wildly intelligent and ferocious wolfpack of kids — I guess one thing is unquestionable: He loves them, and he's present, and he is not the kind of dad that just says no because I said so. He's the kind of dad that says, ‘Perhaps not,’ and ‘Let me explain why,’ and ‘If you have a counterargument, I'd love to hear it.’ It takes being truly present and it involves making mistakes because you may not always be right,” Mortensen says. “You're watching as an audience and you're wondering, ‘OK. Is he going to realize that at some point?’ because we've already realized that he was on the wrong track and he's too extreme in some ways."

"My son put it this way when we saw the movie, he said ‘By being morally uncompromising, he's inadvertently compromising his morals.’”

Mortensen, who famously prepares for roles more than is required, began working on his character months in advance. He went out to the set, helped plant a garden and lived there before filming began.

“We talked a lot about ‘How do we make this as believable as possible? That they're self-sustaining, that hygiene is taken care of, how do they feed themselves? How does it really work? We wanted it to be brutally real, completely credible,[ so that it would contrast in a credible way and hence be funnier in a way at times and more striking with what you see once they leave the forest.”