Kasimpasa is a different neighborhood today than it was when Recep Tayyip Erdogan, the Turkish president, sold lemonade on its streets as a teenager.

This working-class area has had a reputation for being a little rough around the edges. On Turkey’s version of Monopoly, it used to be the lowest-priced property on the board.

But ask anyone on the street here and they will tell you that their home, like much of Turkey, has been transformed. They will also tell you that this boils down to a man many remember as a boy: Erdogan.

In last week’s deadly failed overthrow, more than 230 people were killed. Since retaking control, Erdogan has been cracking down on suspected supporters of a group he blames for the coup plot: a movement led by a Pennsylvania-based Muslim cleric named Fethullah Gulen. The cleric and the Gulenist movement deny the accusation.

Erdogan has declared a state of emergency, ordered the arrest of thousands of military officers, and dismissed thousands more police, judges, teachers and academics. The fast-widening purge prompted warnings from the US and Europe to respect the law and human rights.

But seen through the eyes of Erdogan’s staunchest supporters in Kasimpasa, those actions have been a long time coming.

“During the coup attempt, the people broke through and now the path is open to us,” says Mustafa, 52, while sitting at a card table in a smoky social club. “The doors are now open for the Turkish people.”

Mustafa’s friends do not want to talk to a foreign journalist. They throw down their cards and walk outside. Mustafa, who only gives his first name, wearily tries to explain why they aren’t interested in hanging around.

“The international community does not want Turkey to be strong. They use terror organizations to weaken us: the [Kurdish rebel group] PKK, the Gulenists,” he says. “Germany, England, the US, they are supporting terror to weaken Turkey.”

For many Erdogan supporters, the coup attempt was just the latest round in a battle they’ve been fighting for decades. It’s a struggle over the very nature of Turkey — between its traditional secular roots and large conservative Muslim population, on the one hand, and between an ascendant country and a meddling world on the other. More than that, it’s about a whole section of society emerging from the shadows of repression.

“Before Erdogan, we were always governed by others,” says Mustafa, while his friends peer in through the window. “After Erdogan, the country is very strong in terms of [the] military, economics and politics.” 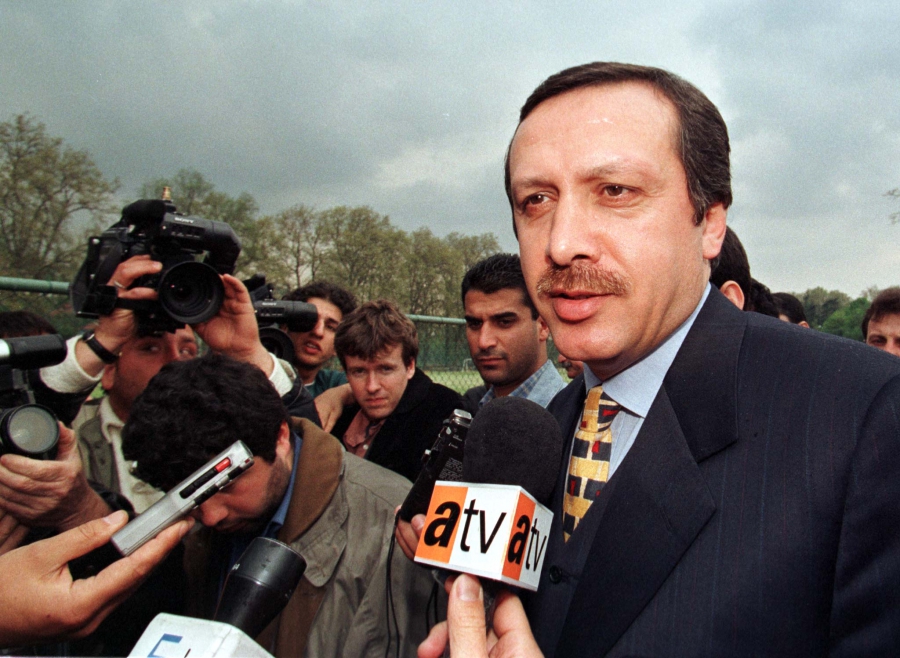 Since modern Turkey’s foundation in 1923 by army officer and later President Mustafa Kemal Ataturk, the military has viewed itself as the protector of the country’s secularism. Ataturk introduced strict controls on Islamic customs. When elected governments tried to remove these restrictions, the army stepped in. In 1960 and 1997, the military intervened to beat back Islamist gains. The latter coup, which was carried out without violence, led to a shutdown of the Islamist Welfare Party, which counted among its members a younger Recep Tayyip Erdogan.

The president’s supporters view the events of July 15-16 as a continuation of this trend. But this time was different: The public answered Erdogan’s call, came out to the streets and stood up to the rebel troops and tanks, bravely so. About 145 civilians were killed, and many wounded. Erdogan backers and opposition groups alike denounced the coup effort.

The suspected source of the attempted takeover varies, depending on whom you ask. A survey after the failed coup found about 47 percent of Turks blamed Gulen, the cleric in exile, for the military rebellion. Thirty-two percent blamed Erdogan — a sign of Turkey’s deep polarization.

Some 5 percent blamed the US and the CIA.

Theories are swirling quickly in Turkey. Showing no evidence, even prominent politicians in Erdogan’s ruling party have suggested the US — considered Turkey’s top military ally — was behind the overthrow plot. The US government said “public insinuations or claims about any role by the United States in the failed coup attempt are utterly false and harmful to our bilateral relations.”

In Kasimpasa, most people PRI spoke to blame both Gulen and the US for the coup attempt.

Just down the street from the social club is a nondescript barber shop owned by Yasar Ayhan. Ayhan, 50, is an old friend of Erdogan’s, and has been cutting his hair for many years. When Erdogan is in Istanbul he will sometimes invite his old barber to his house on the Anatolian side of the city. A photograph above the shop’s mirrors shows the pair smiling together.

“He loves the people and loves the country,” says Ayhan, trying to explain the authoritarian president’s appeal to an outsider. Not only that, he consistently wins elections — by a large margin.

While Ayhan snips at a customer’s beard, Yusuf Bastani, a regular in the shop, starts to talk about the Erdogan he remembers from childhood. But he insists nobody should assume the area is special in its support for their leader. “If you say this neighborhood loves Erdogan, you betray the country. The country loves Erdogan,” he says. When asked how the neighborhood has changed since Erdogan came to power, Bastani says: “Asking how this neighborhood changed is a mistake, because the whole country has changed.”

He points out that since Erdogan came to power in 2003, Turkey has undergone what some economists call an “economic miracle.” Erdogan freed his supporters from religious restrictions, but he’s also credited with helping lift many from poverty. So Bastani is right about some changes not being exclusive to Kasimpasa. (Although, not every town has a soccer stadium named after Erdogan.)

When pressed on whom he thinks is responsible for the attempted coup, Bastani names Gulen and the US. “Turkish people know what’s going on,” he says. “America is sneaky.”

He mentions US support for Kurds fighting against the Islamic State in Syria. Those Kurdish combatants belong to an offshoot of the Kurdistan Workers’ Party, or PKK, which is waging a low-level guerrilla war against the Turkish army.

“Turkey is not stupid anymore. International powers think we are the same country of 20 years ago,” Bastani says, and he credits Erdogan for raising this awareness.

Less separation between Islam and state

Economics aside, many changes introduced by Erdogan unsettle his opponents just as much as they embolden his supporters.

Turkey has taken on a more Islamist character during Erdogan’s rule. Citizens who want to keep religion separate from the state are worried, and feel ignored. Erdogan has been accused of sliding toward authoritarianism, clamping down on opposition, attacking media freedoms, and accumulating power for himself. Critics call his style “majority rule,” with little regard for the rest.

In 2013, massive protests in Istanbul’s Gezi Park fumed with resentment. Erdogan, prime minister at the time, responded partly by threatening to mobilize his “50 percent” — the share of voters who won him the previous election. The attempted coup has mobilized that 50 percent like never before. That is what Mustafa, the gambler, meant when he said “the doors were now open for the Turkish people.”

There are simpler explanations for Erdogan’s support.

A 42-year-old woman who would offer only her first name, Eda, sits on a bench in a playground while her kids play on a shiny jungle gym. She was 6 years old during the 1980 coup. She can’t remember it, but she remembers the lessons.

“I was scared for my children last Friday. Turkish people killed other Turkish people, Muslims killed Muslims. I’ve never seen that before,” she says.

Eda, a conservative Muslim, says people like her “can live freely now,” unlike before. She had relatives who joined the Gezi Park protests. Despite being too scared to go out on the streets on July 15, she cheered when the coup was defeated.

“People used to hide when coups happened. This time people came out onto the streets. People won.”

She says that there is a divide between Erdogan’s supporters and others, “But everyone is free to vote for who they want. And democracy is a nicer concept than living under the military.”