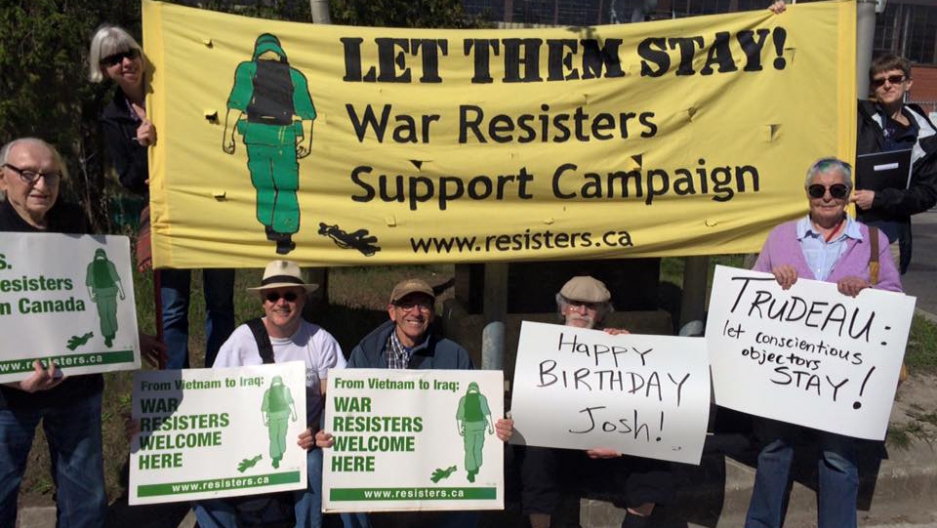 In the 1960s and '70s, during the Vietnam War, tens of thousands of Americans fled north to Canada as conscientious objectors and deserters. It was "the largest political exodus from the United States since the American Revolution," according to author and professor John Hagan. And many of them stayed permanently.

Something similar happened on a smaller scale during the Iraq War — except, the staying part is a little more complicated.

Even though Canadian Prime Minister Justin Trudeau expressed early support for letting war resisters from the United States remain in Canada, not much has been done to formalize their status.

"Since the election, which was nine months ago, unfortunately, very little has happened," said Michelle Robidoux, spokeswoman for the War Resisters Support Campaign. The campaign says that they offer assistance to US military personnel who "refused to participate in the Iraq war and came to Canada seeking asylum."

Fifteen war resisters are living in Canada, and Robidoux said they live like any Canadian, but with the constant fear of deportation.

"US war resisters who came up here, most of them between 2005 and 2008, are still living in limbo and are still under the threat of deportation," Robidoux said. 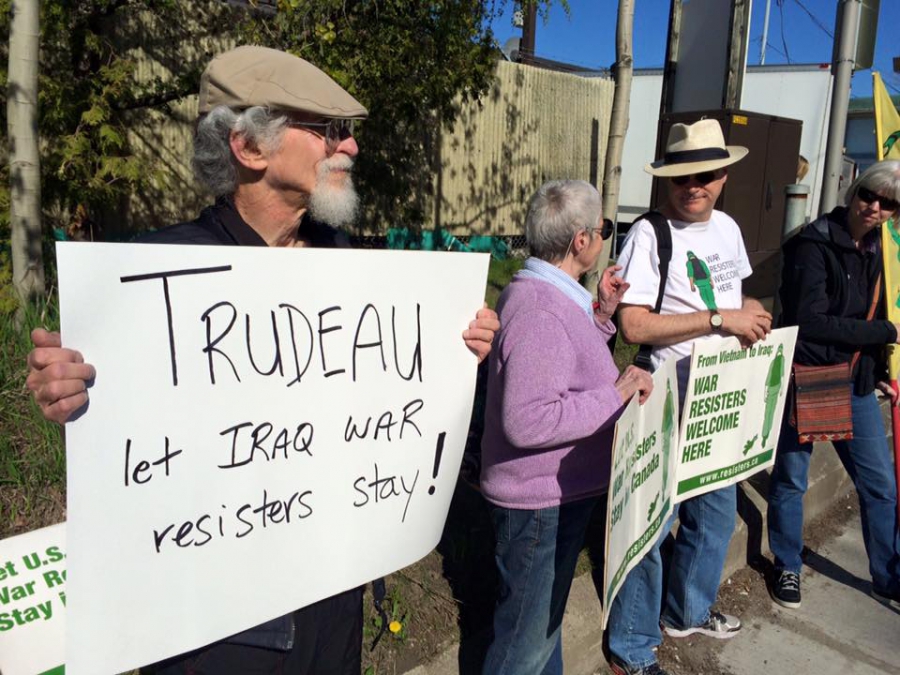 Their fears of deportation are justified. Robidoux said that "a number of war resisters [were] deported under the Harper government and sentenced to harsh jail terms."

And the consequences of being sent back to the United States could be grave. Servicemembers face possible court-martialing and jail time.

Robidoux says her organization is still hopeful that there will be changes under Trudeau. "We do think there are people in this government listening."

And, she believes Canadians feel strongly that Americans resisting their country's wars should be allowed asylum in Canada.

"A poll was conducted just a few weeks ago that found that three out of five Canadians want US war resisters to be allowed to gain permanent residence status in Canada," she said.

She added: "If anybody should be punished because of the Iraq War it certainly shouldn't be soldiers who said no," Robidoux said.

Correction: An earlier version of this story misstated the status of US conscientious objectors living in Canada and some of the historical details of their residence requests.