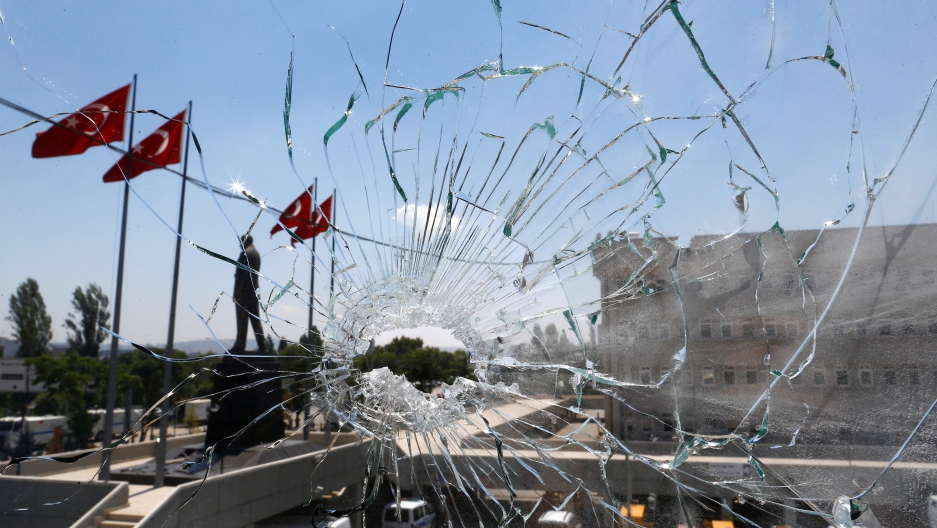 A damaged window at the police headquarters in Ankara, Turkey on July 18.

US fighter pilots fly their missions against Islamic State militants from a location in Turkey. Usually. But on Saturday, the skies over Turkey's Incirlik air base were empty.

"During and after the attempted coup, the Turks closed the air space to Incirlik air base," says reporter Jeff Schogol of the Marine Corps Times. "That meant the US and the coalition could not launch any airstrikes against the Islamic State in Iraq and Syria."

Incirlik is in southeast Turkey, less than 200 miles from the Syrian city of Aleppo and even closer to other cities along the Syrian-Turkish border. It is home for the 10th Air Wing of the Turkish Air Force. But it is also a base for US forces leading the bombing campaign against ISIS targets in Syria and Iraq.

While other bases around the Middle East can accommodate US and NATO fighter jets, tankers and drones, none is as close to the action as Incirlik.

In the aftermath of the attempted coup, Incirlik was sealed off for several hours on Saturday. Power was cut to the base, and no flights were allowed to leave. Until Friday, when power was restored, the base had been working on backup generators.

On Sunday, the Wall Street Journal reported that Turkish General Bekir Ercan Van, the commander of Incirlik, and 11 other service members stationed at the base had been arrested. It was part of President Recep Tayyip Erdogan's massive sweep of officials suspected of attempting to overthrow him.

Evidence that Incirlik personnel were involved in the coup plot is scarce, but according to Umar Farooq of the Los Angeles Times, "Turkish officials say they provided air-to-air refueling for F-16 fighter jets deployed by the leaders of the coup."

Other media reports suggest they may have had a more active role in the plot. "Allegedly some of the F-16s that took part in the coup — and may have dropped bombs on the parliament building — took off from Incirlik," Schogol adds.

On Sunday, operations at Incirlik resumed.

Pentagon Press Secretary Peter Cook said in a statement on Sunday, "US facilities at Incirlik are still operating on internal power sources, but we hope to restore commercial power soon. Base operations have not been affected." On Friday, the restoration of power was announced.

Schogol says Turkey's support for a US-led war against ISIS has been shaky at best. "They have insisted that US policy include an answer for [Syrian leader] Bashar al-Assad whom the president, Erdogan, wants to see go away," he says.

It was only in 2015 that Turkey, a NATO member, first allowed the US to use Incirlik for staging attacks on ISIS. Now, following the coup attempt, diplomatic relations are fragile. 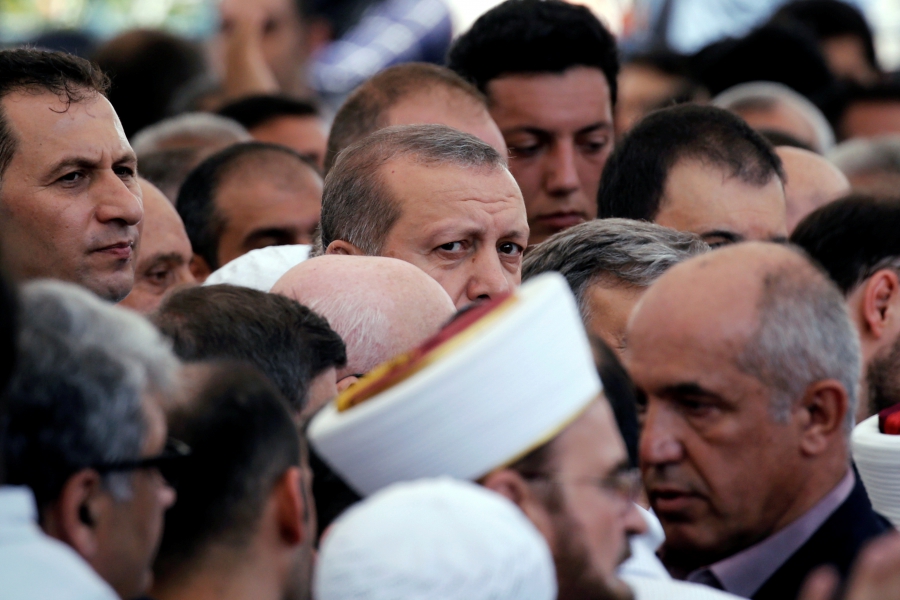 Turkey has accused cleric Fethullah Gulen for being the mastermind behind the coup, and Prime Minister Binali Yildirim has pressured the US government to extradite him. Gulen has lived in self-imposed exile in Pennsylvania for nearly 20 years.

US Secretary of State John Kerry responded to that pressure on TV on Sunday by welcoming Turkey to make a formal, well-founded extradition request.

Gulen, who has a loyal following in Turkey, has condemned the coup attempt and denied involvement.

"Relations have become more complicated," notes Schogol. "The prime minister said anyone who shelters this man is at war with Turkey."

According to Schogol, the US stayed in close contact with the Turkish government during and after the coup. However, it's still unclear whether Gulen will be extradited.

This story was updated with the restoration of power to the base on Friday.