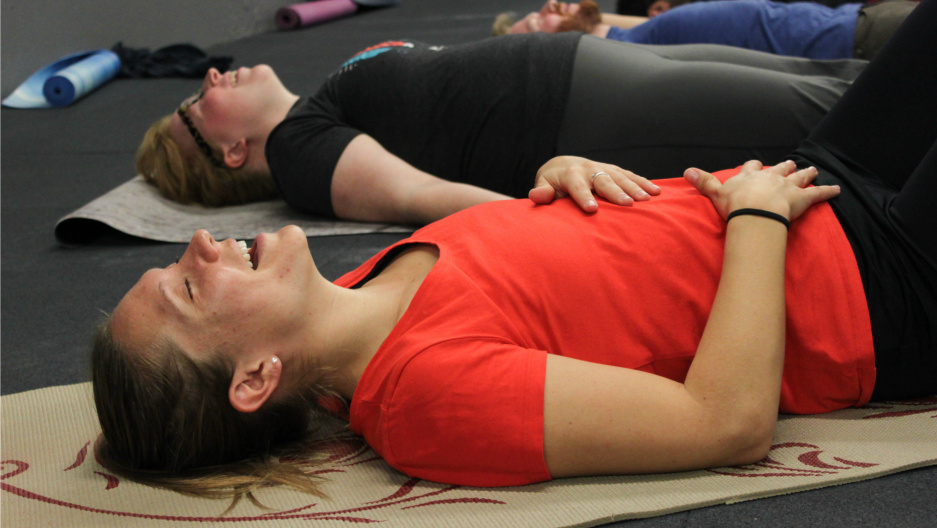 In part one, Kurt Andersen and Mary Harris, host of the health podcast Only Human, decided to check out laughter yoga. Now that they've spent an hour faking laughter and hugging strangers, what's their conclusion?

For Kurt and Mary, the class felt awkward, sometimes excruciatingly so. But Kurt had started the class feeling jet-lagged from an overseas flight. And after laughter yoga?

"To tell the truth, after our hour there, I did feel better," Kurt says. "I felt my jet lag remediated."

"Yeah, and I felt kind of weirdly energized," Mary adds.

Ever since Norman Cousins' "Anatomy of an Illness," medical researchers have tried to find links between laughter and better health, with mixed results. Some studies have suggested that laughter does improve your immune system and raise your body's pain threshold. Kurt and Mary were impressed with research that finds that laughter lowers both adrenaline and cortisol levels---hormones associated with stress that have been found to have wide-ranging effects on your well-being. But like Sophie Scott, a neuroscientist who studies laughter, they were skeptical about whether the simple act of laughing itself makes us feel better.

"What we don't know," Scott tells Kurt, "is that the laughter, or the fact that pretty much always the laughter is being elicited in a social context? So was I feeling great because I'd been laughing all afternoon, or was it actually because I'd been laughing with two friends all afternoon? And it's very hard to start separating that, because if I hadn't been with my friends, I wouldn't have laughed that much."