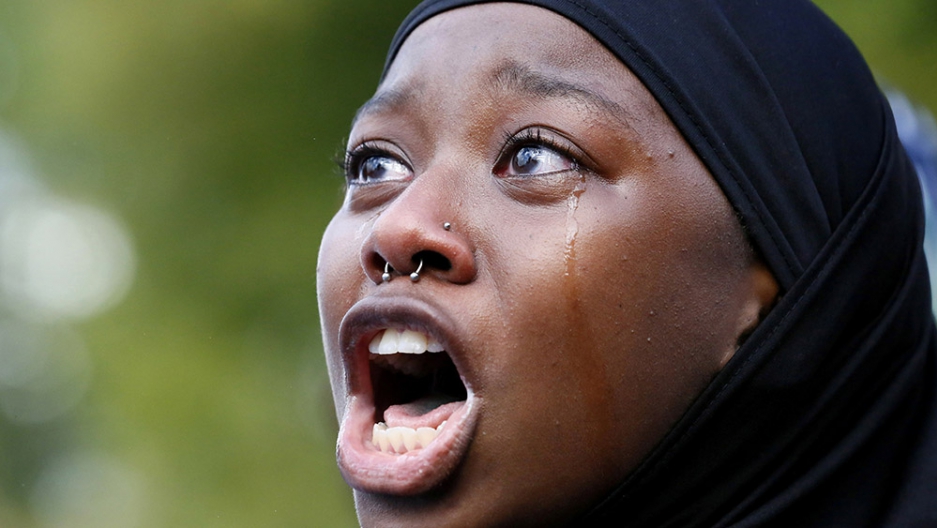 A woman protests the shooting death of Alton Sterling near the headquarters of the Baton Rouge Police Department in Baton Rouge, Louisiana.

Recent killings by police officers in Louisiana and Minnesota have, once again, brought attention to a long-standing problem in the United States — violence by police against communities they're tasked to protect.

The racial disparities are well-documented: Compared to other groups, black males are disproportionately stopped, searched, and killed by US law enforcement officials.

But put the US statistics in a global context, and something else becomes clear: The rate of killings by police with firearms in the United States — of anyone — is insanely high compared to other developed countries.

Note we're talking about developed countries here — were we to include the whole world, the story would be different. But among its developed peers, the United States is in a league of its own.

Governments in many developed nations, including the United States, do not publish comprehensive data on police killings. There is no international database on police shootings. The FBI statistics that do exist for the United States are known to be flawed.

Media outlets and NGOs have tried to fill the vacuum by building their own databases. To compare eight countries here, we used the latest multiple-year data from governments, NGOs and/or media reports to calculate annual numbers of deaths per capita.

For US data, we used figures from Mapping Police Violence, a widely cited source. Other frequently cited datasets are maintained by the Guardian, the Washington Post, and Killed by Police.

These numbers show that police shootings of civilians are far more prevalent in the US than in other developed countries. Many blame this stark difference on high levels of gun ownership in the US and limited regulation of firearms purchases. According to the 2013 Global Study on Homicide report by the United Nations Office on Drugs and Crime, 60 percent of the murders in the US were committed with guns, compared to only 13 percent in Europe.

There are differences among countries in policing culture, too. Law enforcement officials in the United Kingdom, Iceland and New Zealand do not carry guns, for example. Unsurprisingly, these countries don't have many shootings of civilians by police.

Clarification: A previous version of this story included a chart that has been removed for clarity. While the data were correct, their presentation was confusing.