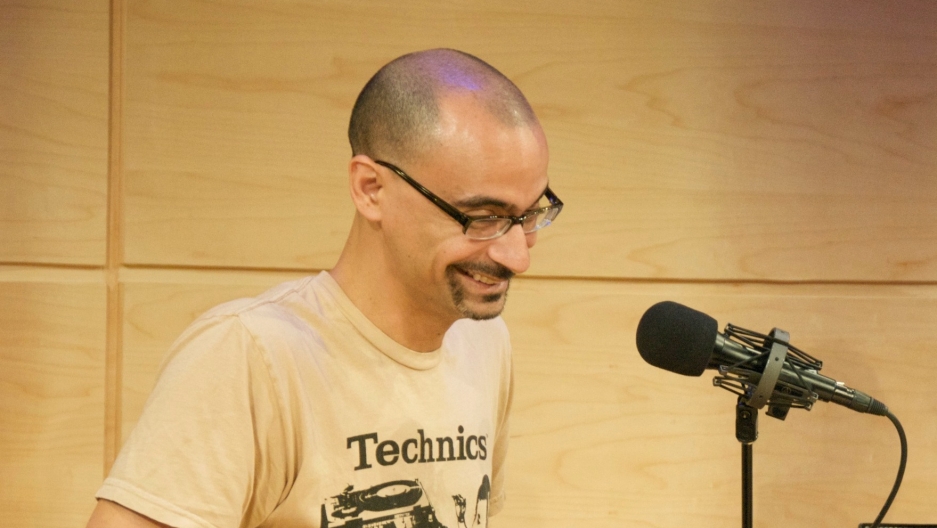 Junot Diaz'ssecond novel,"The Brief Wondrous Life of Oscar Wao,"is about the children of Dominican immigrants struggling toward adulthood. Kurt Andersen spoke with the Pulitzer Prize winner at a live taping of Studio 360, where Diaz reflected on how writing the book was a process of growing up in its own right.

Junot Diaz: Second person creates this repulsive intimacy. Because most of us grew up with our parents saying "you." And half the time we want to knock them the hell out, because the "you" form is kind of abrasive. But it's also real intimate. If you walk by a cop and the dude says "you!" everyone near him is gonna look. As a writer, you're always looking for ways to draw people in, but at the same time to make them aware that they're being drawn in. You want your audience --- at least I do --- to resist you as much as to be drawn in, because in that moment you get a much more human reaction. As an artist, if you want people just to like you, there's a thousand other careers for that.

Yeah, there's no question. Basically, the book is asking for you to become the person that you need to be to write the damn thing. It's asking you to be transformed in the process. The book wanted me to be a better person than I was when I started out, and I think that was harder than any of the sentences or any of the practical literary concerns.

A lot of your fiction is about young people. As a person now over 40, do you think you'll stick with writing about kids?