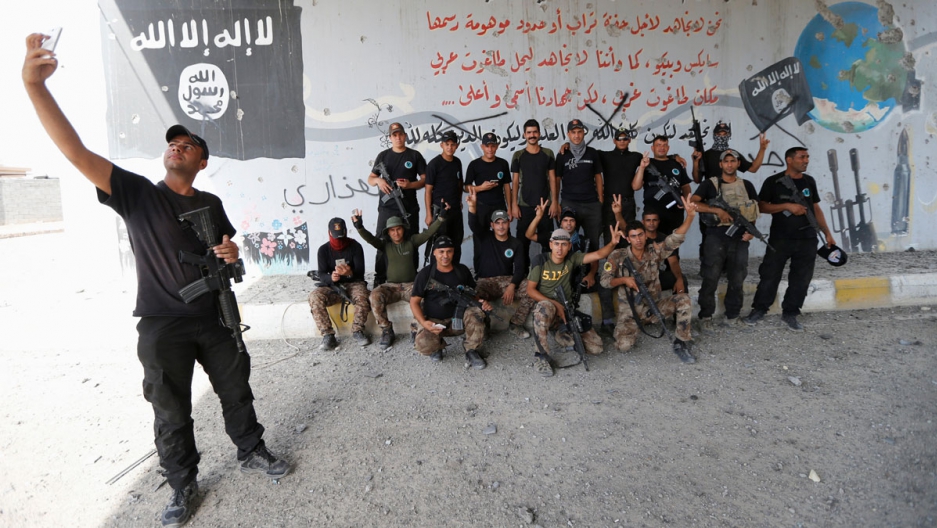 Iraqi counterterrorism forces pose for a picture in Fallujah, Iraq.

The Pentagon on Monday welcomed the recapture of the Iraqi city of Fallujah from ISIS, but warned of widespread booby traps and pockets of remaining jihadist resistance.

Iraqi forces seized the last positions in Fallujah on Sunday, establishing full control over one of the jihadists' most emblematic bastions after a month-long operation.

"There will be pockets of ISIL that they will encounter, we certainly know there will be significant challenges that they will face as they go through and back clear and remove that city of booby traps and IEDs [improvised explosive devices]," Pentagon spokesman Navy Captain Jeff Davis said, using an alternative acronym for the Islamic State.

"Not just vehicle-borne IEDs but these house-borne IEDs which are particularly nasty to try to clear," he added. 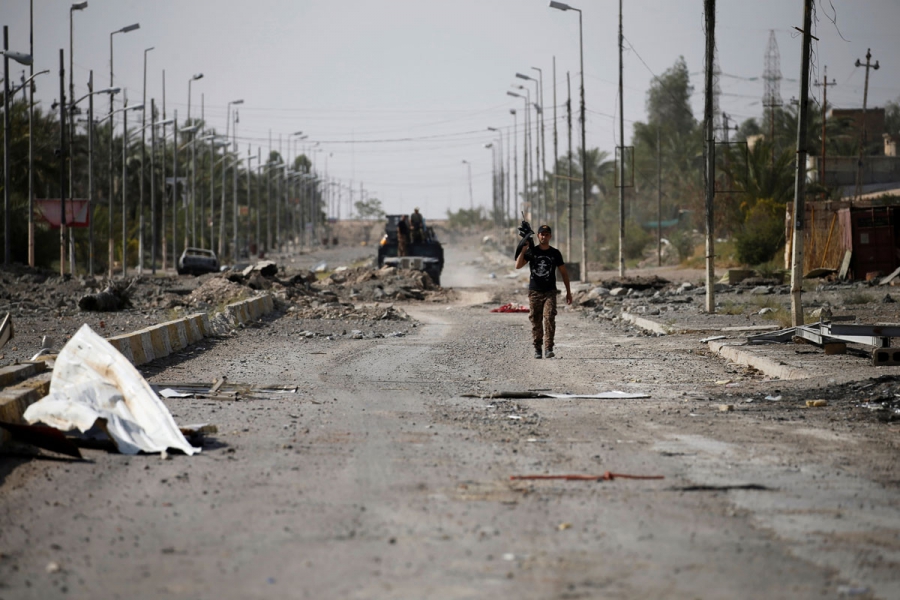 A member of Iraqi counterterrorism forces walks with his weapon in Fallujah.

The coalition is helping Iraqi troops move north from Baiji toward the town of Qayyarah, which lies around 35 miles south of Mosul on the banks of the Tigris river. 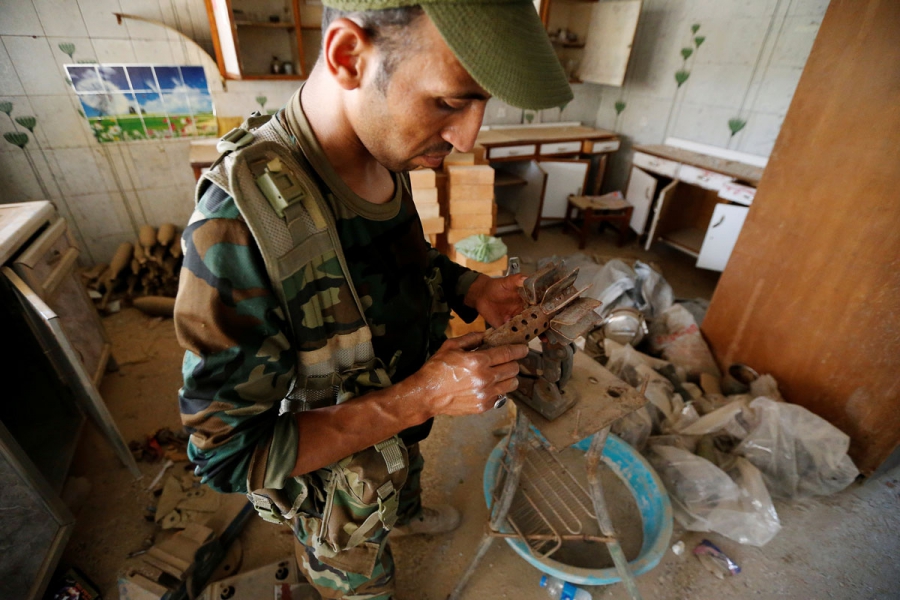 A member of the Shiite Badr Organization examines an item in a factory abandoned by Islamic State militants, following clashes in Fallujah.

The fighting to get into Fallujah was initially fierce, particularly on the southern side, and Iraqi forces were supported by more than 100 US-led coalition air strikes.

"To some extent once [Iraqi troops] got through the hard candy shell and into the chewy center, things went much more quickly," Davis said.

"It was really a heavy fight along the frontline but once they penetrated in it seemed to go very quickly." 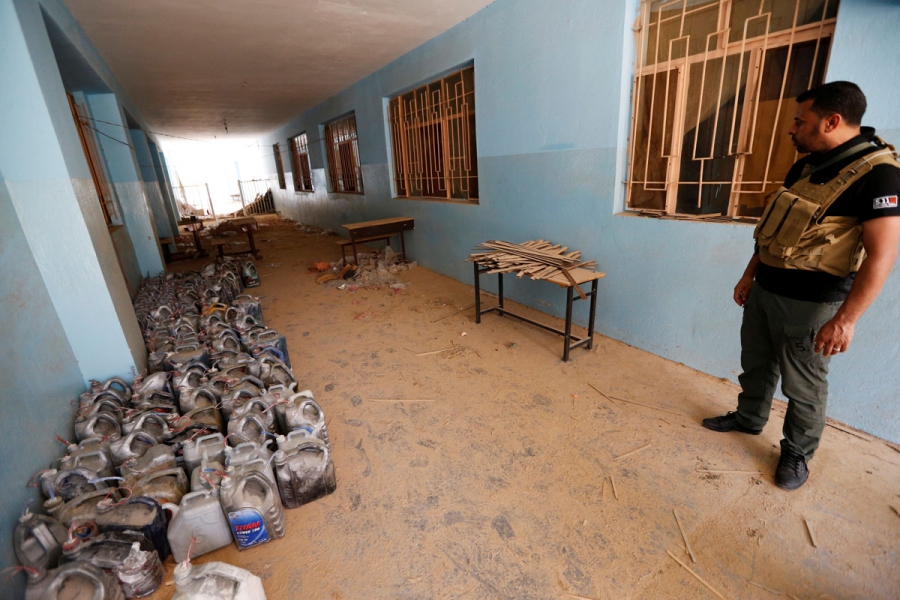 A member of the Iraqi security forces looks at explosives abandoned by Islamic State militants at a school in Fallujah.

Davis said the recapture of Fallujah would "significantly" help the security situation in Baghdad, where ISIS fighters, thought to have come from Fallujah, have carried out a string of bomb attacks in recent weeks.

"The loss of Fallujah will further deny ISIL access to a province that is critically important to its overall goals," he said. 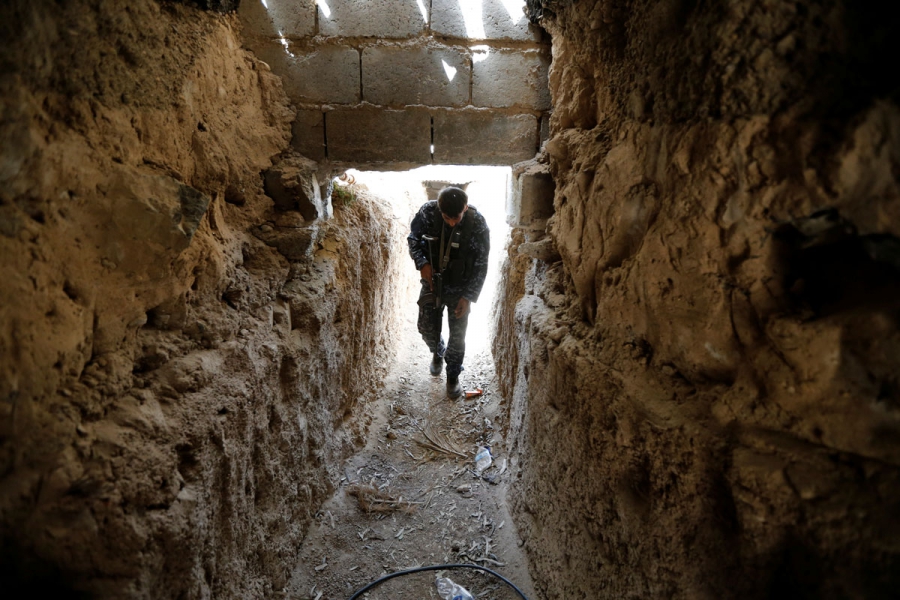 A fighter from the Iraqi Shiite Badr Organization holds his rifle in an underground tunnel built by ISIS fighters on the outskirts of Fallujah. 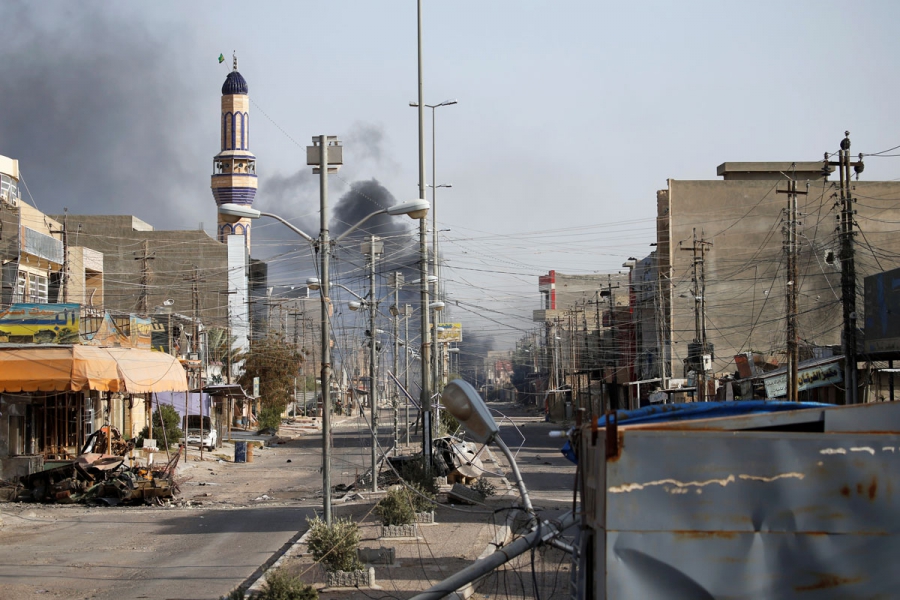 A view of streets in Fallujah. 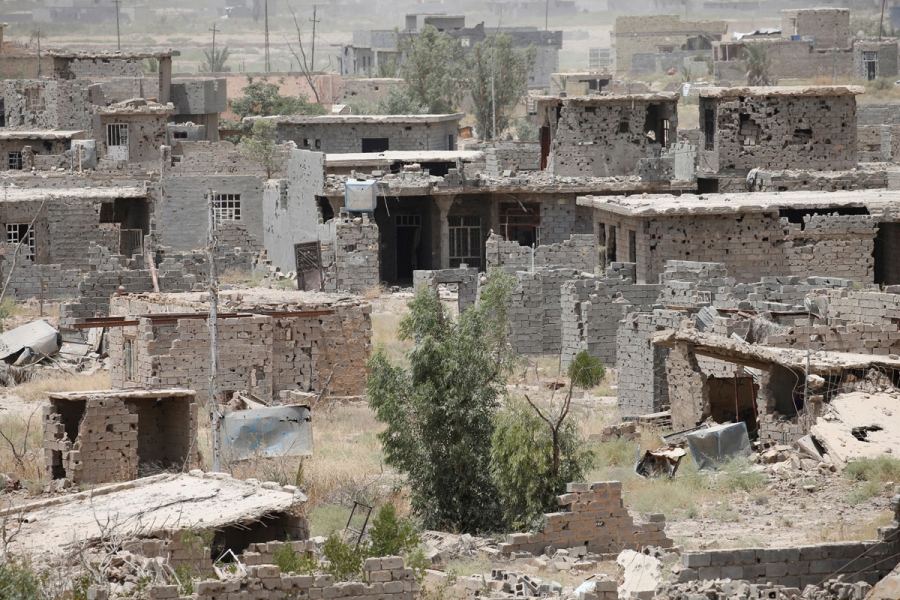 Buildings destroyed by clashes on the outskirts of Fallujah. 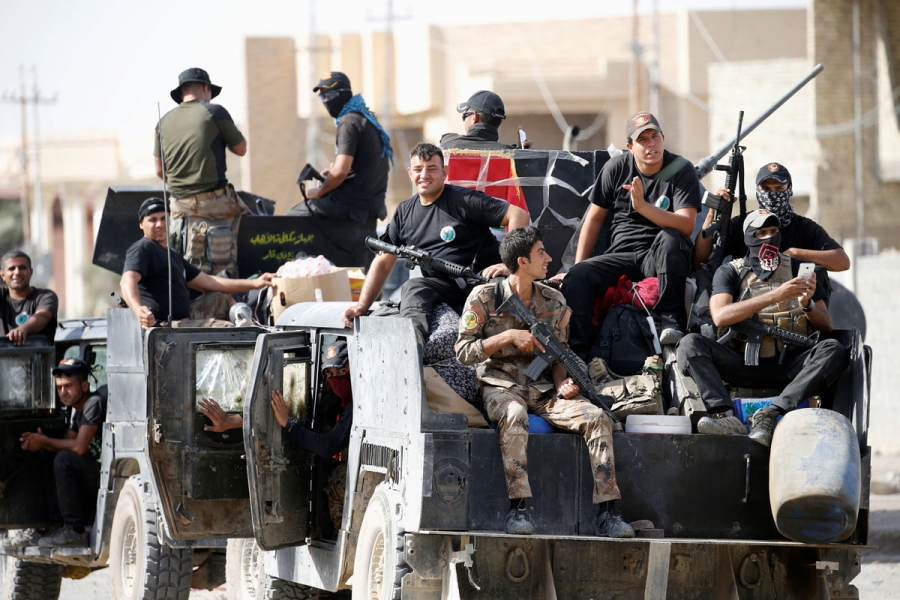 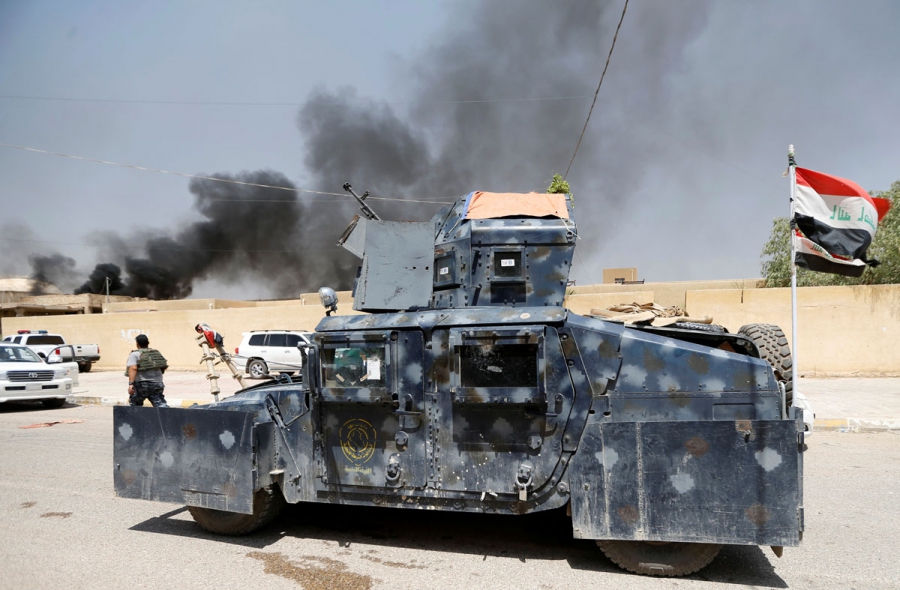 A military vehicle of Iraqi security forces is seen in Fallujah. 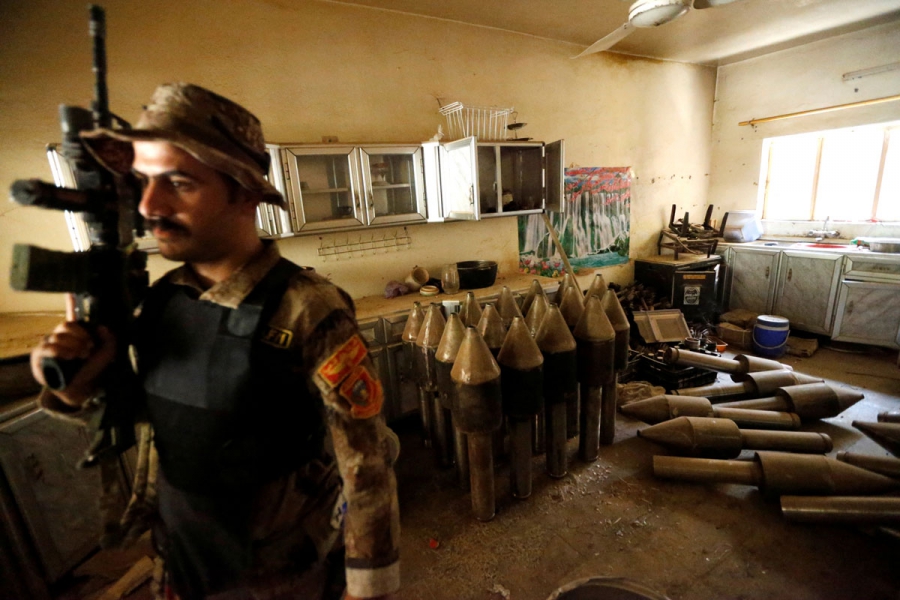 A member of the Iraqi counterterrorism forces stands by a former ISIS weapons factory in Fallujah. 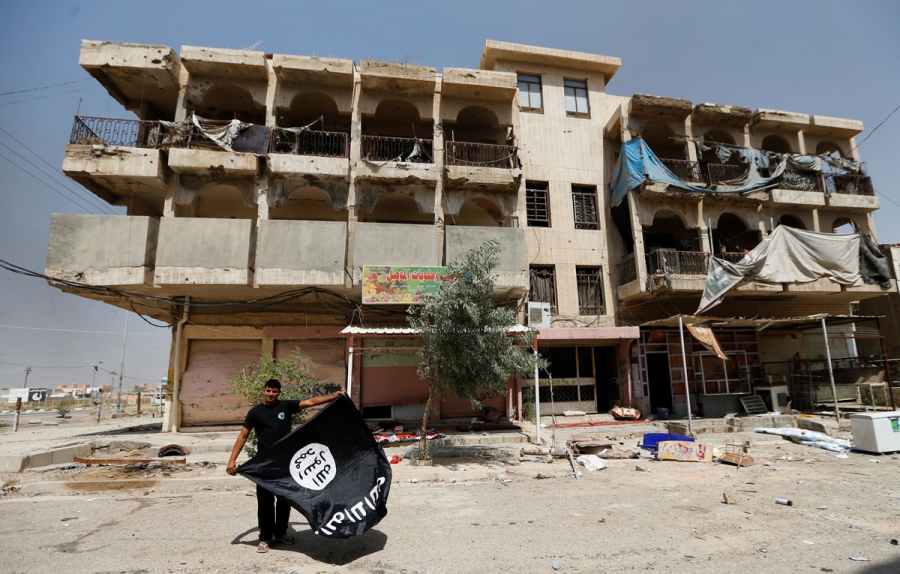 A member of the Iraqi security forces holds an ISIS flag, after pulling it down from a building, in Fallujah.