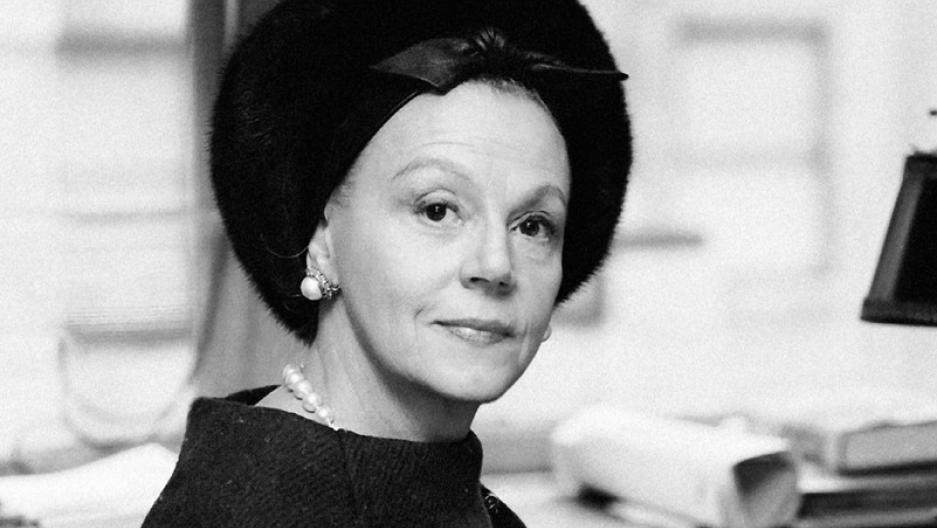 In the early 1900s, America took its fashion cues from the glam and glitz of Hollywood. And Hollywood — like most of the world — took its cues from the fashion houses of Paris. The New York City garment industry was based around the manufacturing trade, not the trendsetting designers that made Paris the couture capital of the world.

But all that changed in the 1940s when World War II took hold of Europe.

“The occupation of Paris by the Nazis meant that all the Allied countries were cut off from fashion news for really the first time in centuries,” explains Valerie Steele, curator of the FIT Fashion Museum. That left Hollywood as the de facto US fashion capital. But a publicist and fashion enthusiast in New York, Eleanor Lambert, had other ideas.

“She was a very dignified, wonderful woman,” says fashion editor Polly Mellen, who knew Lambert well, “She had a passion for fashion and for designers but people loved her…. she definitely came up with this amazing idea.”

In 1943 Lambert launched “Press Week,” a selection of designs curated from New York designers by the New York fashion press. The US fashion scene had been growing slowly through the 1930s, but Lambert created a platform to introduce their garments to the American public.

“It's to be a big variety show, a kind of vaudeville performance with a prologue showing a cross-section of women who get their clothes in New York,” Lambert said when the show started.

“It was so exciting I ran to work every day,” Mellen says. “It was a whole different way of dressing, less fancy, less uptight, much more exciting to a young person like myself. And it really affected the fashion market. And I think it started Europe looking at us, the American fashion market.”

The launch of "Press Week" in New York coincided with an explosion of cultural growth in the city. New York jazz, poetry and painting were phenomena that the entire world, including Europe was fascinated by. And with women entering the workforce in greater numbers, there was a huge interest in women’s fashion.

Still, while highly respected, many doubt that New York fashion week and the American designers that showcase their work there will ever be able to rival the French fashion industry.

“Europeans continue not to take American fashion very seriously. People still assume that Paris is first among equals. Even if they add New York and Milan and sometimes they'll add London but sometimes not — Paris seems to again come out on top,” says Steele. “The French admire American blue jeans, but that's easy to do and still patronize us about not [having] fashion with a capital 'F'.”