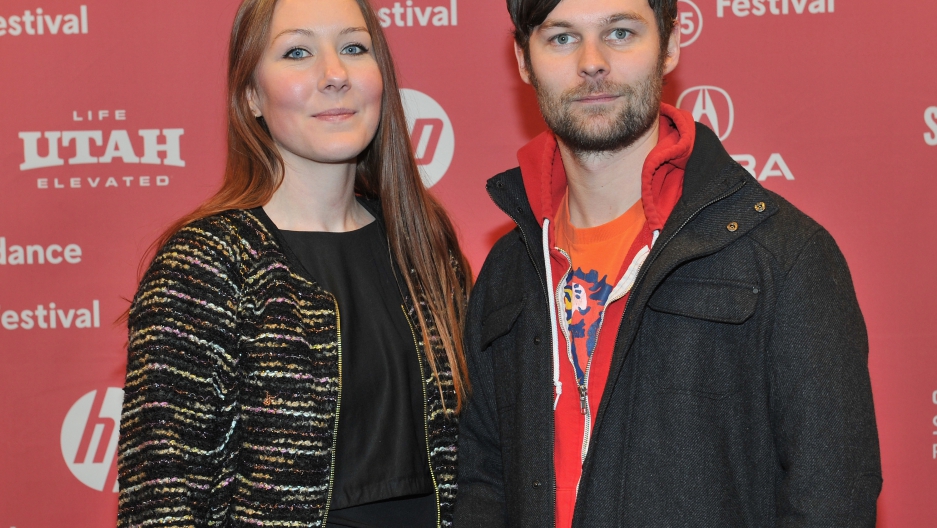 With its sodium lighting, flaking paint and prefab housing, it could be any trailer park in America. Except the residents of this particular park share a sinister past: They are all sex offenders.

The Palace Mobile Home Park in western Florida is home to 120 of society's most detested outcasts — pedophiles, rapists, flashers and internet predators. They share communal facilities, group therapy sessions and an unlikely dream for rehabilitation and redemption.

The park, outside St. Petersburg, has been housing sex offenders for more than a decade and says no resident has ever been convicted of a new sex crime.

The Palace is the subject of a Sundance Film Festival award-winning documentary called "Pervert Park" — the name given to the site by its disgusted neighbors — which airs on PBS on July 11.

"These are the crimes that are often too painful or uncomfortable to discuss," says Swedish director Frida Barkfors, who made the film with her Danish husband, Lasse.

The filmmakers ask whether society's "wilful silence" when confronting unspeakable sex crimes is actually holding back progress on prevention.

"If we hope to curb the cycle and culture of sexual violence, is there value in exploring the lives of sex offenders, regardless of how heart-breaking and difficult it might be?" Frida asks.

There are more than 800,000 convicted sex offenders in the United States, and the country has seen an estimated 15 percent increase in registered sex offenders over the past five years. The Palace was opened in 1996 by Nancy Morais, the mother of a sex offender who had difficulty finding a place to live after his conviction.

This is a common problem in Florida, where sex criminals are forbidden by law from settling within 1,000 feet (300 meters) of any place where children congregate, including schools and churches.

The residents, aged 25 to 88, check in with the Florida State Police twice a year, wear ankle bracelets, and are listed on a registry available via a smartphone app. "Pervert Park" offers unflinching portraits of their lives, and the crimes they discuss when they open up in group therapy sessions.

Viewers are introduced to Patrick Naughton, who confesses to a longstanding infatuation with child and rape pornography and describes driving to Mexico, kidnapping a 5-year-old girl and raping her.

Many of the stories, however, are more nuanced, and start with the abuser having been abused themselves. Perhaps the most disturbing comes from Tracy Hutchinson, the only female resident, whose father began having sex with her when she was a child.

She was also being abused by her mother's boyfriends, which "caused my body to want those same feelings."

She became compulsively promiscuous, eventually having sex with cousins, undergoing an abortion at 11 and embarking on a consensual sexual relationship with her father as an adult. 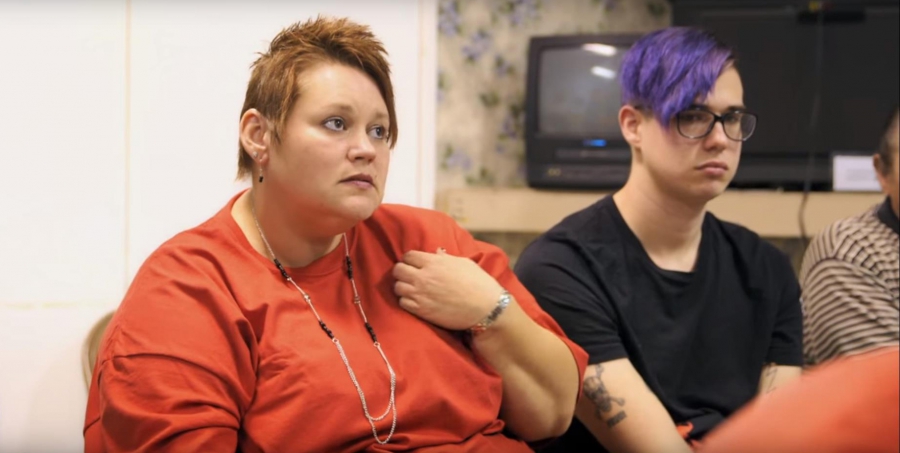 Residents of the Palace Mobile Home Park in western Florida at a group therapy session.

Later, she met a man online who said he would send her money if she had sex with her 8-year-old son, which she agreed to do.

Hutchinson's 13-year-old son continued the cycle of abuse by molesting a three-year-old boy.

"I don't see myself as a victim," Hutchinson says, adding that she wishes she had been able to talk about her troubles earlier in life.

"Pervert Park" questions whether all, or indeed any, of the offenders should get a second chance, and if their experience can help reduce the growing number of sex crimes.

"The typical reaction of normal citizens is, 'We don't care. They committed a crime and we don't care if they die,'" says therapist Don Sweeney.

Locals call the residents "baby rapers" and vandalize the park at night.

One resident just shrugs when he finds a bag of dead rats in his laundry one day. Others are verbally abused by the neighbors.

"Accepting responsibility becomes probably the most important thing that anybody in my situation can do," says Will, a resident who molested an 8-year-old and a 13-year-old.

"Believe it or not, I think just about all of us have a conscience, and conscience really works on you. It makes it become the most important thing to you to address the issue and make it right before you can move on."