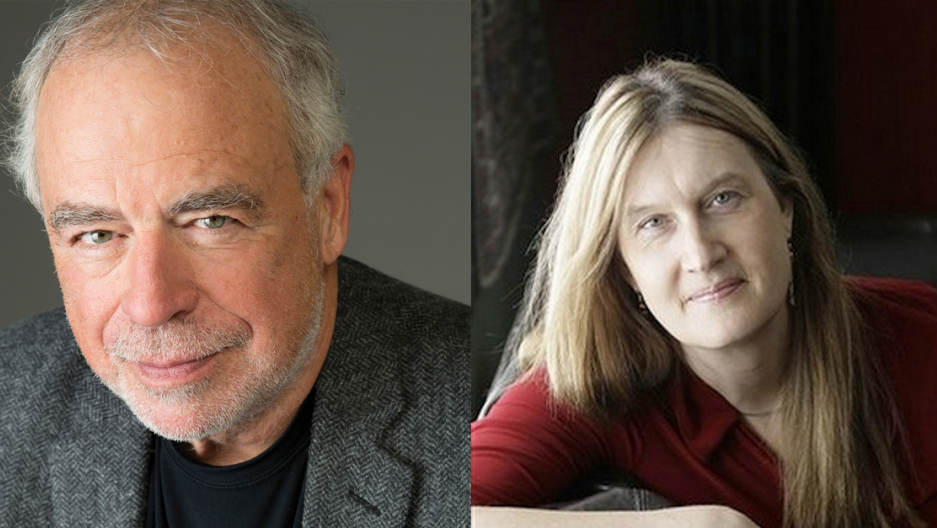 Richard Russo was in his early 40s when he published "Nobody's Fool" in 1993. The novel focused on the residents of a fictional mill town in upstate New York called Bath, including Sully, who Paul Newman played in the movie version of the book, and his slow-on-the-uptake friend, Rub. Today Russo is in his mid-60s, and after all these years he’s brought Sully and Rub back to life in a sequel to "Nobody's Fool" called "Everybody's Fool."

Russo’s been friends with writer and novelist Jenny Boylan since they shared an office as professors in the early 1990s. But at the time, Jenny Boylan was Jim Boylan. She made the transition to Jenny about 15 years ago, and she wrote about it in her acclaimed memoir, "She's Not There."

Boylan and Russo remain friends, and in a recent interview about Russo’s new novel, they talked about plot twists in life, in friendship and in novels. Boylan says reading Russo’s new novel feels like attending a class reunion.

Boylan: It’s so funny to be reading this book in the midst of going to a 40 year high school reunion … As I've read this book, it was very much the feeling that I had: here these people, some of whom I've thought about a lot — Sully and Rub — and not only because it's always been our private joke that I'm Rub and you're Sully, but also that there are some people whom I hadn't thought about for 25 years.”

When Boylan came out of the closet to Russo, Russo sent his long-time friend an email, reaffirming their friendship. Part of the email read: “I’ve always known and never doubted that if I called you you'd be right there. I just never knew that you'd show up in heels.”

Boylan: I think you had a great sense of humor about my transition…I think it was necessary, but it's fair to say that was also something that you struggled with.”

Russo: Of course, yes. Some of what I was having so much difficulty wrapping my mind around has now been clarified and is out there in the culture much more and that's largely, I think, due to you. Not just the kind of education that that you gave me before you wrote the book, but the kind of education you gave America in writing all three of your memoirs. I mean, in the culture now gender is much more fluid.”

Boylan: I mean, did you feel that you were losing your friend at the time? Is that part of what it was?

Russo: At the very beginning I felt that, but over the course of your transition, of course, it became obvious, clear and apparent to me that that was not going to happen. And once I put that aside then everything changed. But what also was at play in our relationship had, I think, nothing to do with gender. And that was the sense that I thought that I knew you in a way that, intellectually, I know you. Part of the reason we become novelists, I think, is to plumb to some degree the mystery of other people's souls. But despite that we go through life believing that we understand people and when something as fundamental as what you told me occurs, part of what's happening is not just, "Can I wrap my mind around this?" but you're saying to yourself, “If I was so wrong, what the hell else am I missing?”

Russo: No, I see the person that you are now. I see my old friend Jim in you. And I loved Jim the way I love you now. It's for me just kind of not really an issue anymore. We're friends. I told you at one point after you had told me what was going on in your life and what your life had been like, I said to you, it’s strange because there were very few people in my life at that point about which I could have said I would change absolutely nothing. And you are one of those people. And that is still true but you're different, you're the same. You are my old friend and you are my new friend and none of the rest of it just makes any difference.

Russo: It was a difficult relationship because on face value it seems to be one-sided because Rub really needs Sully for everything. But there is something going on there between them. Rub is a kind of foil, and maybe Sully needs Rub the way Don Quixote needs Sancho.

This story is based on an interview that aired on PRI's Studio 360 with Kurt Andersen. The radio segment was produced by Andrew Adam Newman, Kate Essig and Danielle Fox.