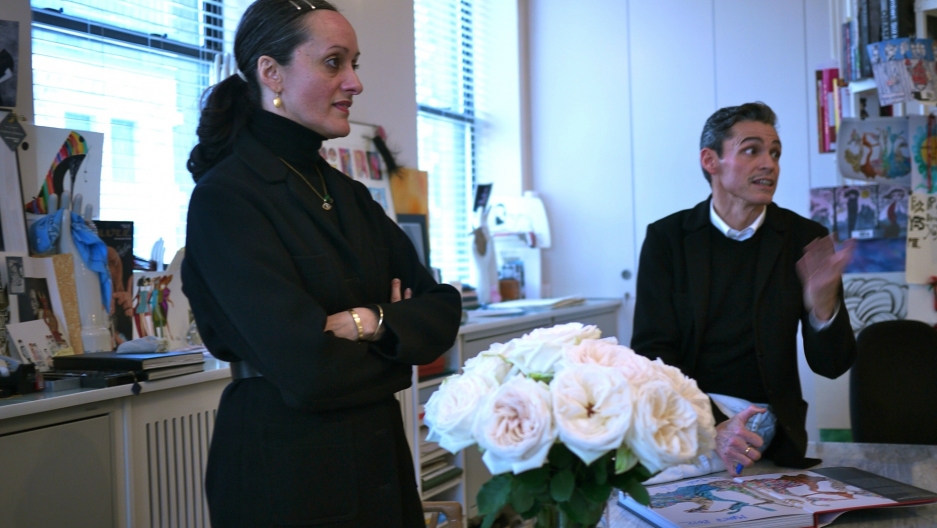 Over a couple of decades,Isabel Toledoquietly became one of the most sought-after fashion designers in the business. But in 2009, she experienced overnight global exposure. At the inauguration that January, amid a sea of dark suits, First Lady Michelle Obama stood out in achic chartreuse lace dressand matching overcoat designed by Toledo (a color she described as "lemongrass").

Kurt Andersen visited Isabel and her husband and business partner Ruben Toledo at their studio in Manhattan's Garment District. High above a scruffy stretch of Broadway, the light-filled loft space is where the clothes are imagined, designed, prototyped, cut, and sewn. Few designers today work in this kind of artisanal environment, with everything under one roof. (The couple even lived here until few years ago.)

When Isabel gets an idea for a garment she never draws; that's where Ruben comes in. "I might wrap the fabric around me, anchor it in certain places, and then Ruben will draw it; he puts his heart in his hand," she says. That partnership is also at work in Isabel's book "Roots of Style," a memoir and how-to book for creative success, with Ruben's illustrations.

The small scale of the Toledo enterprise forces them to be practical, making high-end clothes that sell without extensive marketing. "I really feel that it's important that the woman connects to the garment, and wants to own it forever, and give it to her daughter after that."