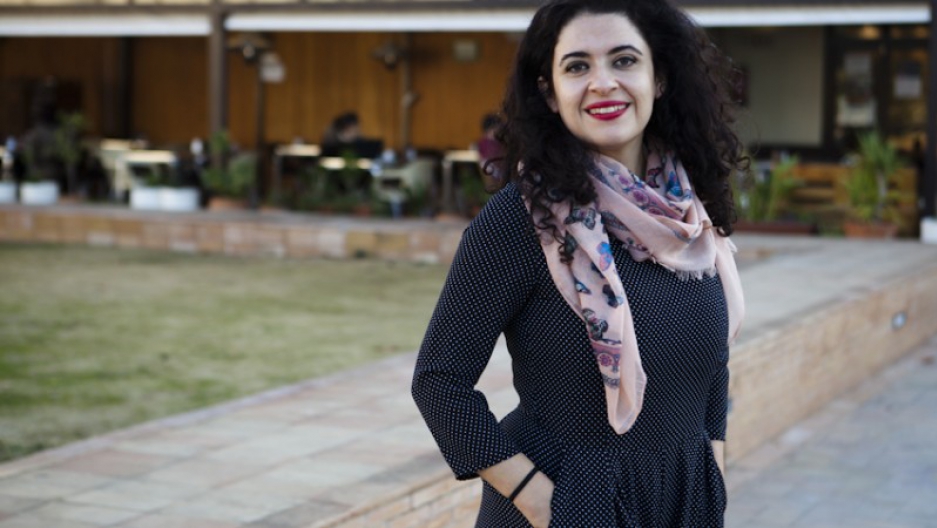 Leila Nachawati Rego, a Syrian-Galician journalist and activist, is betting on the power of the stories that we don't normally read, see, or hear.

Syria, one of her native countries — and greatest passions — has been immersed in a grueling and bloody war, but love and resistance still flourish there. This belief, among other things, is the basis of her first novel, "Cuando la revolución termine" (When the Revolution Is Over).

In an email, the author (@leila_na) spoke to Global Voices, another one of her great passions, where she volunteers as a writer. She speaks about her new novel, literature, identities and her memories of another Damascus.

Global Voices: Why do you feel that this is a story which is better told through literature than journalism?

Leila Nachawati: I have been writing articles and essays about Syria and the Middle East for years, and the more time passed, the more I realized that the region wasn't understood, it is interpreted in terms of religion, identity or geopolitics. I think that a novel can reach a wider public and make people empathize with a context that they consider to be far away, yet in reality is closer than they think. Reviews of the novel so far have highlighted the fact that the novel portrays Syria before 2011, how people lived, what people ate, how people enjoyed themselves, and this is important as it creates empathy, which is not always something you get with coverage and analysis from mass media.

GV: Your novel is political, yet also a love story; love for children, friends, partners, for countries, and for cities. For a long time now, the only stories we read about Syria are horror stories, tales of death and devastation. What are we not reading about Syria? What other stories need to be told? 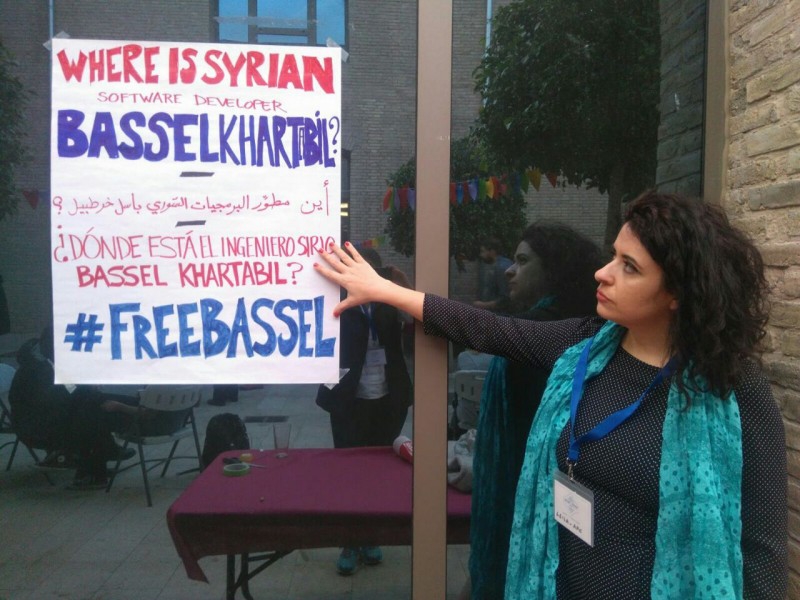 Rego points to a poster appealing for the freedom of Syrian software developer Bassel Khartabil. Photo courtesy of Leila.

LN: Daily we read stories in which the protagonists are those that destroy Syria (be it [Syrian President] Assad or ISIS/Daesh) yet we hear little of those who resist, construct and reconstruct the country, in an increasingly difficult context. My novel is a homage to those anonymous people who every day live, love, resist and struggle for their country, for a better society, even if the odds are against them.

GV: You are Syrian-Galician. How do you navigate your identities?

LN: I think that those of us who spend our lives between two cultures have a double vision which allows us to be a sort of bridge, translators of different environments which actually have a lot in common. The “happy medium” that Aristotle talked about.

GV: Tell us about your memories of Damascus.

LN: To me, Damascus is the sound of lathes, of construction that is never finished, of car horns in rush hour traffic, the smell of double-apple shisha, of onion frying in butter, of oranges and jasmine. Of smiles and knowing glances, of silences that speak more than any scream, of whispers, of the suppressed desire for change.

GV: How has belonging to the Global Voices community influenced your life? The protagonist in your novel is also a GV author.

LN: Global Voices marked a before and after in my life, it allowed me to meet a whole generation of activists who opened my eyes to struggles and desires for change, to social justice, both local and global at once, based in strong networks of solidarity and bonds formed regardless of cultural differences. In the novel, Global Voices marks a turning point in the path of the protagonist, who says, “Before 2011, in all my travels to Syria, I hadn't met a single activist. From then on, I would know many.”

A version of this story first appeared in Global Voices, a grouping of hundreds of bloggers worldwide.