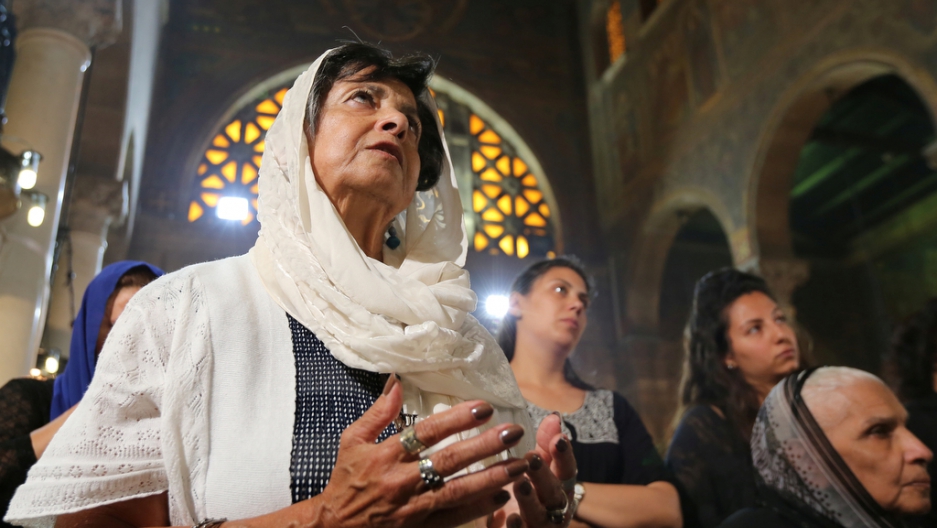 Relatives of the Christian victims of the crashed EgyptAir flight MS804 attend an absentee funeral mass at the main cathedral in Cairo, Egypt, on May 22, 2016.
Credit: Mohamed Abd El Ghany
Share

Investigators are still searching for Airbus A320's two black boxes on the seabed as they seek answers as to why the aircraft came down early on Thursday.

"DNA samples have been collected from the victims' families to help identify body parts," EgyptAir said in an emailed statement.

Experts and sources close to the investigation told AFP local media reports that body parts analysis showed evidence of an explosion did not in fact reveal anything about the cause of the disaster.

Hesham Abdel Hameed, head of the justice ministry's forensics department, also denied that the reports were accurate, according to the website of state-owned Al-Ahram newspaper.

It reported Abdel Hameed as saying such comments are hypothetical and could not have been issued by the department or any of its forensics doctors.

"No trace of any explosives has been found so far on debris or body parts," one source told AFP.

"When a plane crashes, an explosion takes place at some stage or another, reducing the plane to pieces," another source said.

This is "either as a result of mechanical failure or a criminal act, or when the plane hits the sea after falling 11 kilometers (6.8 miles), as in this case."

"This does not advance the investigation, unless we find traces of an explosive, which is not the case at this stage," the source added.