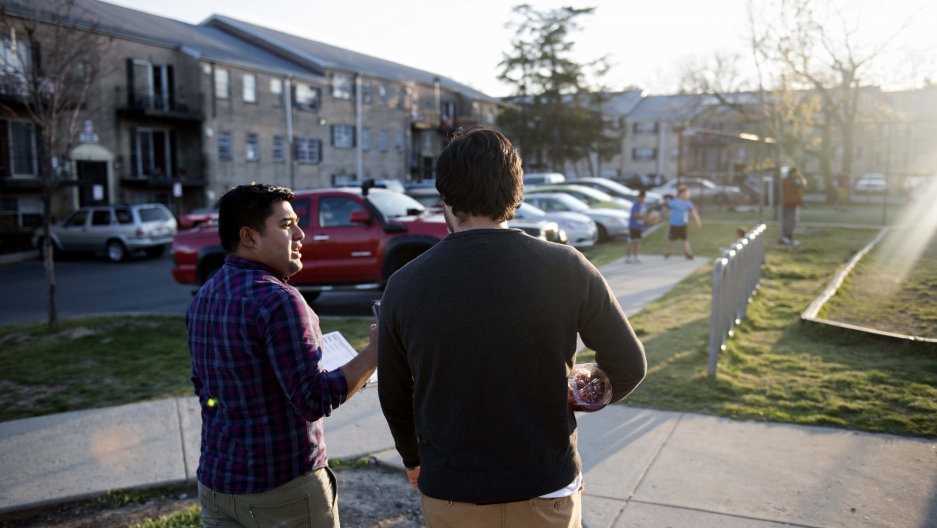 Jessica Hernandez is in a small room with about a dozen other people at CASA de Maryland in Silver Spring. They’re spending their Thursday night calling Latino immigrants to get them to register to vote.

But some of the volunteers, like Hernandez, can’t vote themselves.

“I’m like what you call an ‘alien,’” Hernandez says. “But I am in the process of trying to get papers. And then I will vote to make a difference for us immigrants.” Hernandez is 19 and came to the US from Mexico two years ago. She’s undocumented and is dealing with the frustration of not being able to vote by making sure others do. “I can’t physically put my vote in and say, ‘OK, I want this change.’ So I go around telling my friends who were born here or who do have papers and are able to vote, so I tell them, ‘You can make a difference for us. Each vote is very, very important.’” 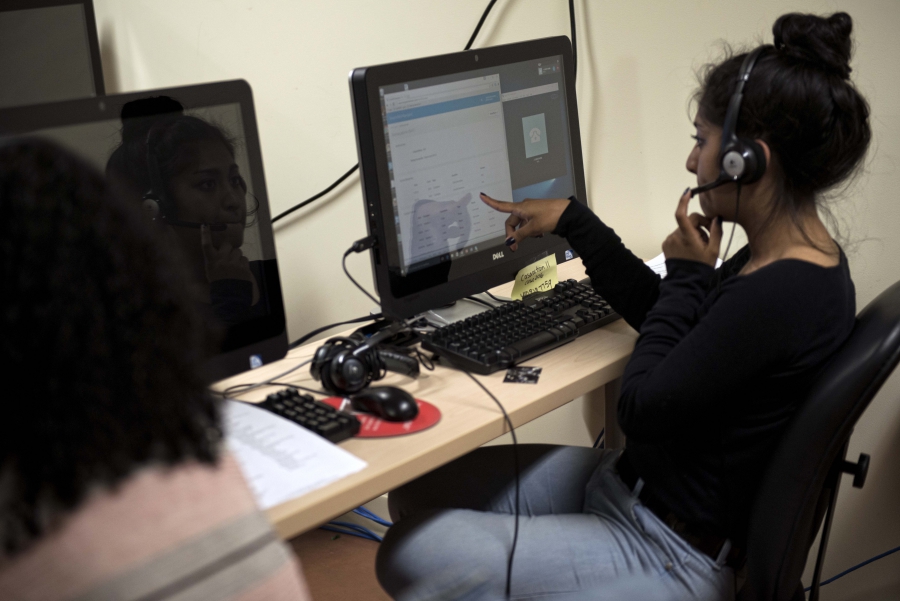 Hernandez says she’d never been politically active before, but this election has changed that. “What if Trump wins by one vote? You’re one vote could make a difference for somebody else.’”

There are also volunteers here like Juan Carlos Espeno, who is from Mexico and can’t vote because he’s only 17. But, like Hernandez, that doesn’t stop him from going door to door to try and get people to register.

Even though he’s a US citizen, Espeno wants other Latinos to register to protect his undocumented friends. He wants to be a part of their fight.

Espeno says he’ll keep knocking on strangers’ doors if that’s what it takes to keep away a future president with anti-immigrant policies. As for what he would propose if he were president? “If I were to be president, I would pass immigration reform. That’s what I would do. I would unite families again, offer them jobs, make them productive citizens of the United States, make them family. We need more reunification rather than division.”

CASA de Maryland hopes to register 20,000 voters by this fall. Nationwide, there are millions of Latino citizens not registered to vote, and volunteers like Hernandez and Espeno know they’ll only reach a few of these people. But they’ll keep up their efforts, knowing that every person they get to show up at the polls, might represent a vote in their favor.

How do you educate a Global Nation? Are you registered to vote? Read more of our coverage of immigration and education. Then join the conversation in the Global Nation Exchange on Facebook.

Related: Why is it so hard to register to vote