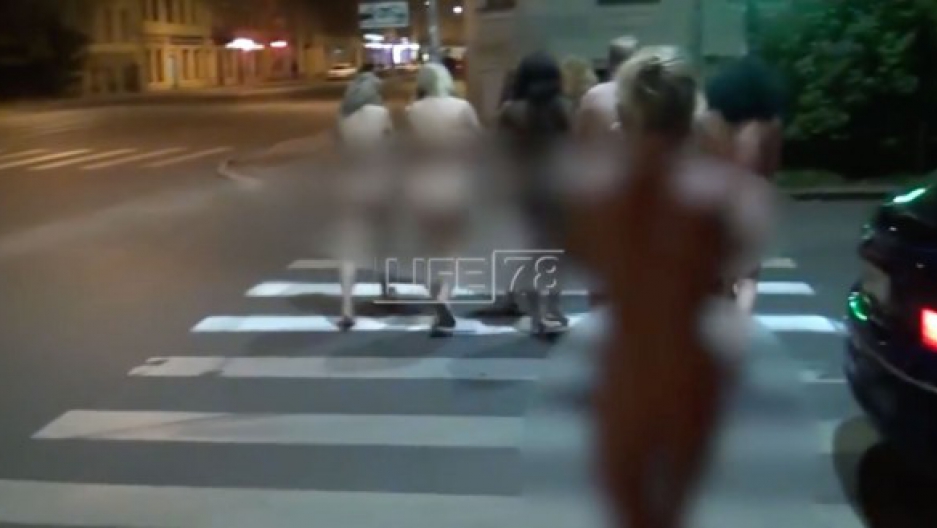 Women forced to walk nude through the streets en route to a police station. “Activists” captured them for practicing prostitution.

A group of men led by a former kickboxer forced their way into a brothel in St. Petersburg, Russia, smashing a hole in the front door. They rounded up the 10 women (and one man) they found inside the building, then shoved them outside and made them march through the streets, nude, to a local police station.

When the group arrived at the station early Wednesday, all the officers on duty reportedly stopped what they were doing, hurrying to find clothes for the women and make sense of what was happening. The kickboxer, Viacheslav Datsik, who had recently been released from prison, quietly filed a formal report and slipped out. He and his accomplices then attempted another attack on a second establishment that same night.

Asked why his men forced their prisoners to walk the streets naked, Datsik sarcastically told the news website Fontanka, “The country should know its heroes.”

According to Fontanka, Datsik even forced his hostages to listen to a lecture about the ills of “paid love,” while ordering them to remove their clothes.

Datsik’s invasion spree ended at a motel, where he was subdued by security guards and turned over to law enforcement. While prostitution is illegal in Russia, the only reported charges now being prepared by St. Petersburg police are against Datsik for hooliganism and intentional property damage.

One of the self-described “activists” working with Datsik filmed the group’s raid on the first bordello, and later turned the video over to the tabloid Life.ru (formerly Lifenews). The news network published that footage (accessible here, though readers should be aware that the content is extremely disturbing), blurring only the women’s bodies, but not their faces. At one moment in the video, a nude woman is caught trying to escape Datsik’s gang. One of his men holds her by the throat against a wall, as she pleads, “Please leave me alone. Please.” 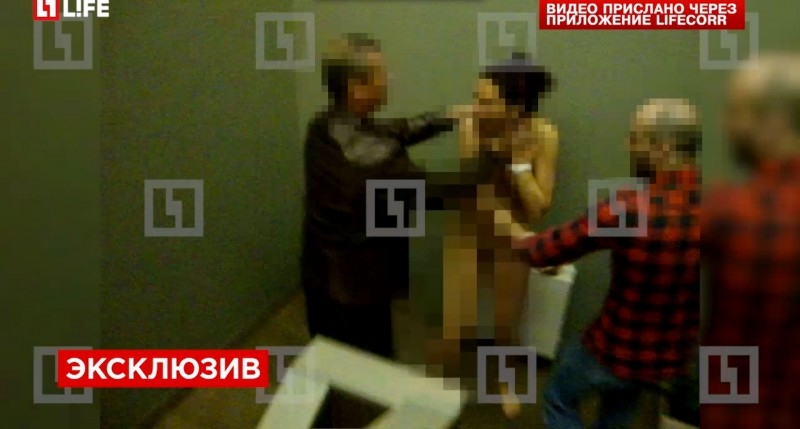 Life.ru broadcasts footage from an attack by Viacheslav Datsik and his men on women at a presumed brothel.

Alexey Kovalev, a Russian journalist and the creator of NoodleRemover.news (which uncovers dirty dealings and dishonest reporting in the Kremlin-controlled Russian media), drew attention to Life.ru's decision to show the women's faces, writing on Facebook:

Viacheslav Datsik is a former kickboxer and mixed martial artist. Calling himself the “Red Tarzan,” he is a convicted criminal, having served time in prison for robbery, belonging to an organized criminal group, money forgery, and more.

Datsik has anti-Semitic and anti-Christian views, calling himself a Slavic pagan. During a mixed martial arts match in 2001, referees had to restrain him with a forearm chokehold, when he didn’t respond to the bell, signaling the end of the fight. In August 2010, he even escaped prison and illegally crossed into Norway, where he was eventually captured and ultimately deported back to Russia. In March, just two months ago, Datsik was released.