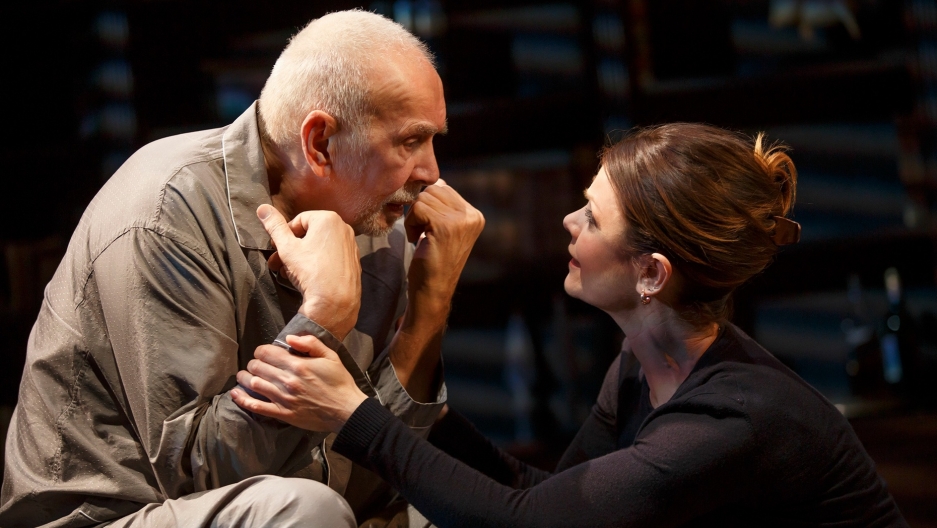 Frank Langella's career has been full of complex characters with very dark sides. In the 1970s, he starred in a production of "Dracula" that went from Broadway to the movies. And three decades later, he went from the stage to the screen again: he originated the role of Richard Nixon in the play "Frost/Nixon," won a Tony Award, then got an Oscar nomination for the movie version.

His roles have continued to grapple with morality and mortality, from an aging jewel thief in "Robot & Frank" to a KGB spy on "The Americans." Right now, he's starring in "The Father"on Broadway. He plays a man being undone by dementia, a role that's earned him another Tony nomination.

Kurt Andersen: You've said of "The Father" that you've never been so frightened of a part as this, and that "King Lear" was like a walk in the park. Why?

Frank Langella: When you do King Lear you've got a crown on your head and you've got long robes and you're in another era. So whatever the character is going through, you can sort of look upon it as a great old classic. When you play a man who is in fact your own age and who is in normal everyday clothes, you must imagine yourself in that position. And I started to think about my own mortality, and how I've always felt totally strong and totally on top of things. So I had to face my own feelings of what it's going to be like when I can't come up here and sit and talk to you.

This is a bit of a homecoming for you --- you were a successful stage actor before your movie career. You won a Tony in your 30s for your role in Edward Albee's "Seascape."

I'm a very fortunate man in that I'm basically a theater actor so I've always been able to return to the stage.

And one doesn't age out of that.

No. You can do it as long as you have breath in your body. One good example of that was in 2006. I was offered a little play to do in England for eight weeks, and I was offered a major television series on CBS and another one on ABC. And I read this little play and I thought, 'I don't think I can play this part, I'm not sure I'm good for it. But I can't resist the challenge of it, so I'm going to turn down the two TV series.' And the two TV series crashed and burned but the little play I did was called "Frost/Nixon." Which lead me to one of the greatest successes of my life.

Both in your stage career and in movies, you've played all these morally compromised men: Dracula, Richard Nixon, Skeletor ... You're good at playing these iconic villains.

I'm drawn to them. I'm drawn to men with epic problems, and I have been since I was a young actor. I always wanted to play men who had epic challenges in front of them. It thrilled and excited me to do it and it still does, as is the case with Andre [in "The Father"].