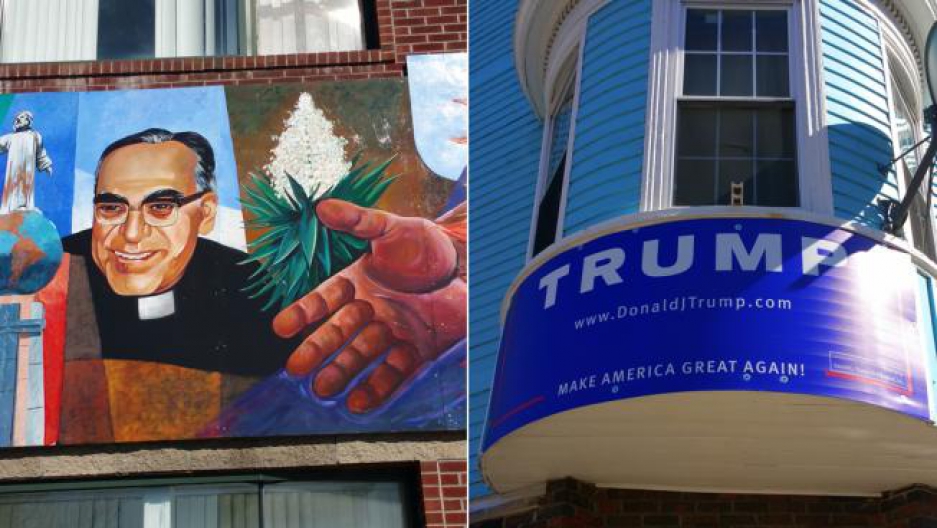 Latinos and European Americans live together in East Boston. But the politics of Donald Trump is resurrecting old racial wounds.

We’ve heard a lot about Donald Trump’s controversial comments about Mexicans, Muslims and mosques. But how are those targeted by his comments reacting?

In his office, Boston NAACP director Michael Curry displays photos from the school desegregation era in Boston in the mid-1970s. It was a violent period and Curry says he’s reminded of this by the number of times during this election season when black students, Muslims, Mexicans, young whites, a news photographer and others have been punched, roughed up and kicked out of Trump rallies.

“I think where it gets into another realm is when we start talking about inciting violence, particularly Donald Trump’s campaign, an adoption of physical violence as a good thing. He might think its funny, but in a racially divided country as we are, it’s a dangerous game to play.”

Race is the crux of the problem, argues Curry, and data support this view. A YouGov analysis found that 70 percent of Trump supporters favor flying the Confederate flag and 20 percent thought freeing the slaves was a bad idea. Sixty-nine percent — according to a Pew Poll — think that immigrants are a burden on this country.

At a popular East Boston restaurant, packed with immigrants from Mexico, Peru, El Salvador and other countries south of the border, no one — at least not at that moment — wanted to talk about Donald Trump over dinner.

But walking out of the restaurant, followed by a pleasant waft of churrasco, right smack in front of you hovering above Maverick Square was one of several signs that are upsetting so many here.

Boom. It's Donald Trump. And big.

“This community, East Boston, it is really concerning to see this very large billboard supporting this guy Donald Trump and I'm appalled.”

Sandra Lorena Alaman Nijjar is a familiar community activist in East Boston.  She emigrated from El Salvador 23 years ago. She works on housing issues and has also worked to maintain good relations with long-established white residents. But then came Trump’s populist message.

At the start of his campaign he described undocumented Mexicans as “rapists”, and not long after that signs began to appear in this neighborhood — a neighborhood 55 percent Latino — supporting Trump’s candidacy. Alaman Nijjar says she was “outraged, disgusted, disappointed.”

Alaman Nijaar says none of the signs were put up by Latinos and says they have resurrected old feelings from the early 1990s, when she and larger numbers of Central Americans began moving into East Boston — popularly known as Eastie — and encountered racial resistance.

“I never thought that we will live through this again because it feels like we're going backward where hatred was spread all over the place and people were mistreated, and not because you are a rapist, not because you're a criminal.” 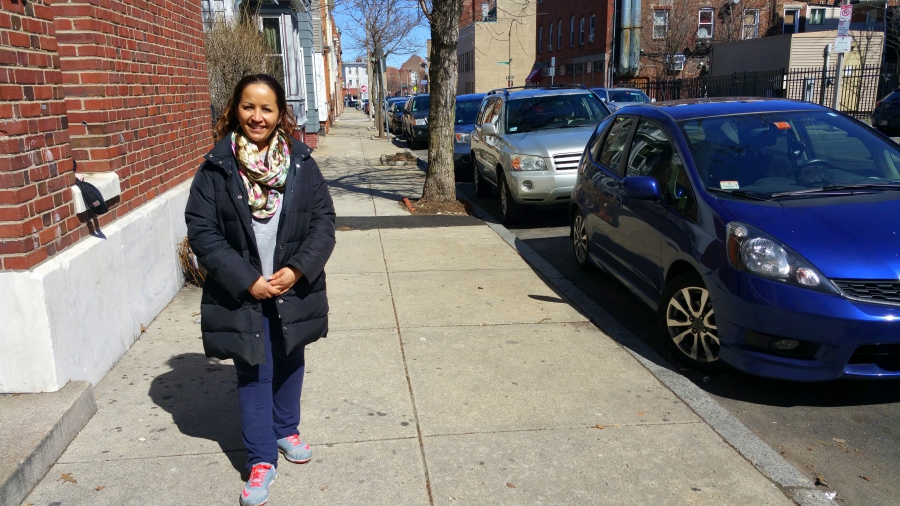 But Michael Curry says as bad as this sounds, he thinks there is a silver lining to Trump’s impact:

“His candidacy has caused an awakening. We were within the last eight years talking about post-racialism. There's no more proof that that's not true then what we've seen around his candidacy.”

And that is provoking many to push back against Trump and his supporters. In the basement of a church near Maverick Square, Latino activists were meeting one day to figure out the best ways to do that. Among those there was music teacher, Anthony Gaby Sombrano, a Mexican American who lives in East Boston.

“There’s a laundromat on the corner of Meridian Street and apparently a lot of people on Facebook have asked people not to go do their laundry there.”

Sombrano was referring to the Soap Box Laundromat, where the owner has placed a huge Trump sign outside the building. The laundromat is used almost exclusively by Latinos.

Inside I counted seven people washing and drying clothes. None of them was willing to talk about the blue-and-white Trump sign hanging outside. But when I left, a young man followed and offered a one-word obscene opinion of Trump. He also confided that he was in the country without the necessary documents that would allow him to stay. 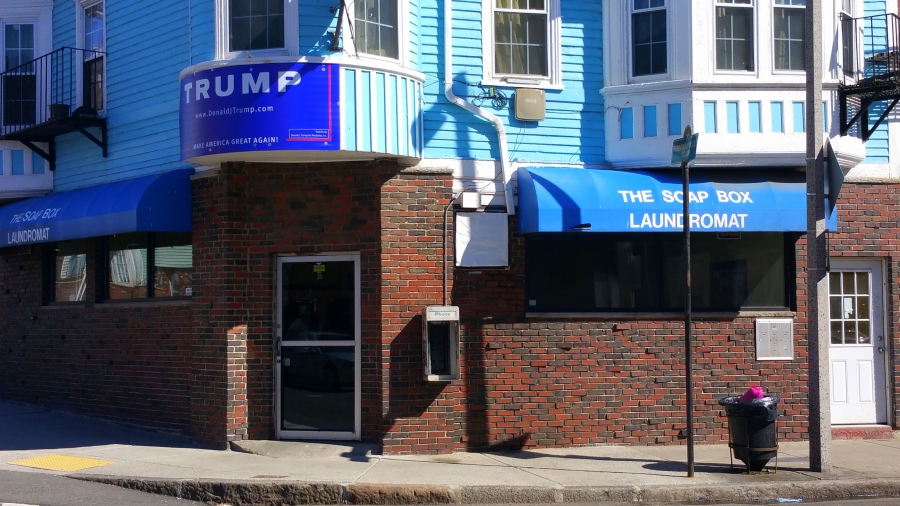 A pro-Trump sign hangs above The Soap Box Laundromat in East Boston.

That points to the very reason why the owner of the laundromat, David Tirone, says he supports Trump. Tirone and his family live in New Hampshire, but he was raised in this community and often comes back to visit.

By everybody, Tirone means people in Eastie. Tirone still hangs out with friends at his favorite East Boston bar and says he knows a lot of Latinos.

"And what they’re saying to me is ‘you know, we don’t hold this against you Dave cause you got a Trump sign on your building.’ I’m here legally. They should be here legally.  Drug dealers and the killers and all of that, ship them back to their country, and keep the good ones. I mean I voted for Obama twice. I am far from a bigot.”

Tirone explained he went from being a loyal Democrat to a Trump supporter because "he sounds like one of the guys off the street. He wasn't telling the people what they want to hear, ya know politically correct and all that. He was saying what he believed, and a lot of people feel that way.”

Activist Anthony Gaby Sombrano says Latinos in this community who are offended by the Trump signs can’t force the owners to take them down. But Latinos can help take down the candidate, he says.

“When you see evil you have to fight it. You have to stand up against it. If anything it’s just emboldened me.”

And Sombrano says it is in the voting booths of East Boston and elsewhere where he and other Latinos will make a stand against a candidate whom they consider to be a messenger of bigotry, but whom supporters of Trump believe is simply telling it like it is.