Belgium has more foreign fighters with ISIS, per capita, than other European countries.

A suprising number come from here the town of Vilvoorde, outside Brussels. It's known as the place with the highest number of young people who have left to fight for ISIS in Syria — an estimated 200 young men.

Devastation doesn’t even begin to describe the grief parents of these children feel. Families are destroyed and ostracized. They are the “parents of terrorists.”

Photographer Poulomi Basu traveled to Vilvoorde, a place she described as fragmented and alienated. “The only place I saw people was around school or a bus stop. It had a very diverse vibe, but only confined to certain spaces where you would see young kids. Otherwise the streets were empty."

Basu spent time — a lot of time — with three mothers who lost their sons. “What I did was spend a long time with them just doing normal things, whether that’s having a cup of tea or just sitting and observing,” she said.

One of the mothers Basu met was Saliha. Her son, Sabri, was killed in Syria in December 2013.

Basu said at a point during her time at Saliha’s home, the mother suddenly fell quiet, then said: “‘You know what? I just want you to photograph me, I can’t talk anymore."

"I said ‘that’s fine, just be yourself.’ There was this huge period of silence and then tears started falling out of her eyes. It was just so emotional.” 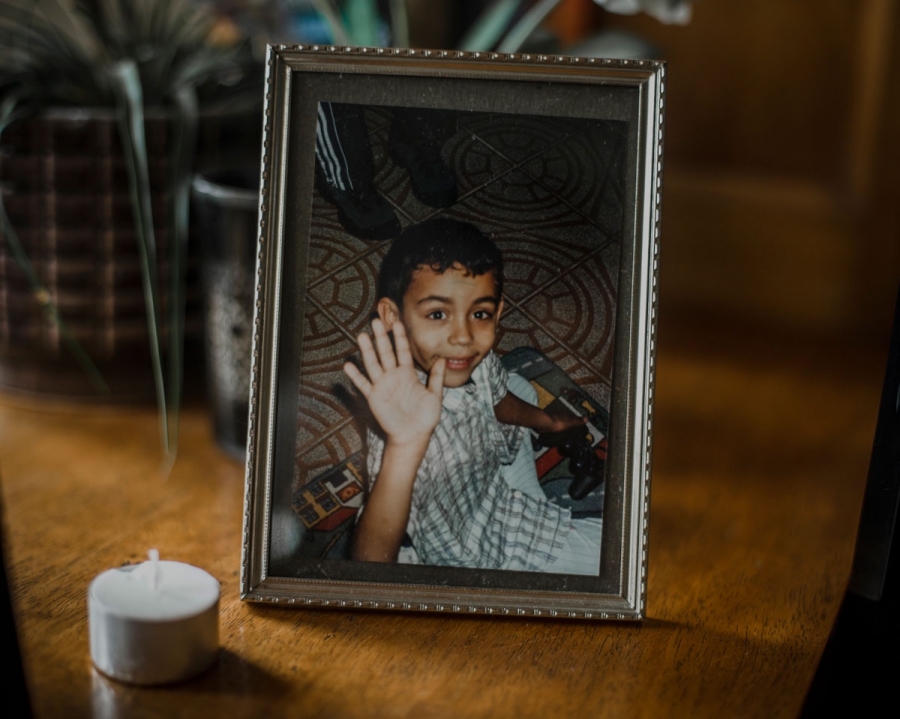 According to Saliha, this is the most important photograph she has of her son Sabri, who was killed in Syria in December 2013. In this picture, he is saying goodbye: this is how she wants to remember him.

Basu also photographed Chantal Dubois, whose name has been changed to protect her identity. Dubois’ son left for Syria in 2012 and is still believed to be there. Understandably, she’s desperate for any news about him.

When Basu met with Dubois, she was in a hospital recovering from knee surgery. The two decided to photograph her around the empty spaces in the hospital. 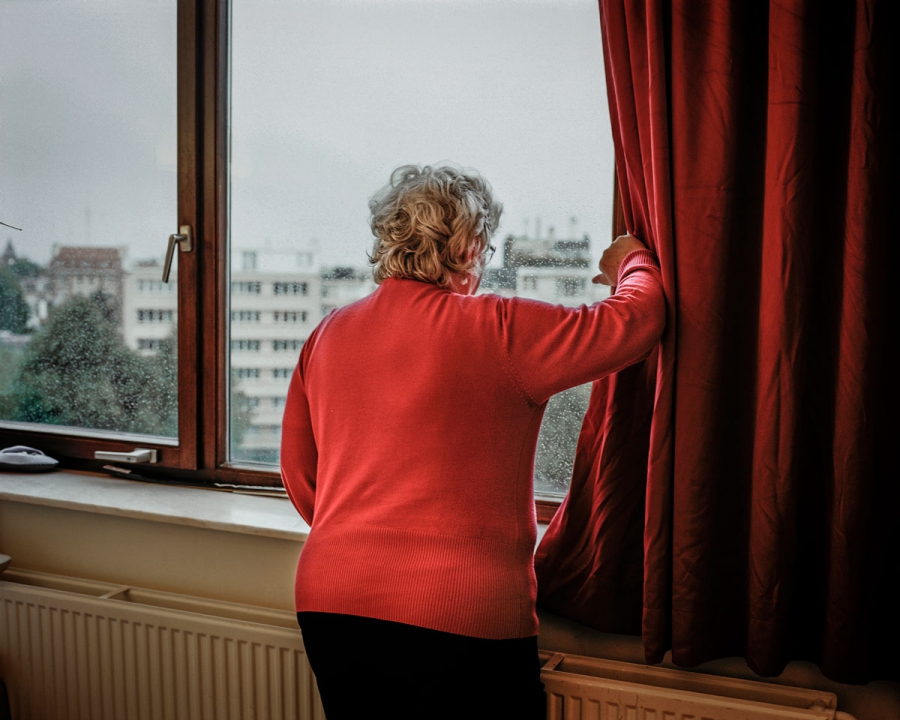 Chantal Dubois (name change for anonymity), 65, from Brussels, whose son left for Syria in 2012 and is still believed to be there. She is recovering from knee surgery in a hospital, where she only has sporadic access to the internet. Dubois has counseled 20 people about their children who have fled to Syria over the past two years. She fields phone calls from worried parents and social workers from a hospital bed in Brussels. She is growing exhausted and desperate for some news of her son. It has been three years since he left Brussels. She longs to know whether he is still alive.

At one point in their time together, Basu noticed Dubois' reflection obscured in a window. The symbolism struck her.

“It’s almost like parts of the memory that was there and at the same time not there of the child,” Basu said. “It’s fading away with time. And I just thought that would work as a photo because it [didn't] just conceal her identity, it also had a stronger message about memory, about separation that is so difficult to pinpoint.”

It’s hard to imagine what the loss of a child is like for a parent.

“It was extremely confusing for a lot of the mothers,” Basu said. “A lot of them saw change coming through their children, but they just couldn’t perceive it. It was not until the sons were gone, only then they realized how they were changing. Whether they wanted music to be a certain type of music they didn’t want to listen to in the car any more. They wouldn’t have posters in their room anymore. They were just sort of radicalizing slowly, and a lot of the women just couldn’t understand that at that time.”

Basu also met with Martine, who also asked that her real name not be disclosed. Martine's son left for Syria in February 2014. A year later, Martine received a text message saying her son had been killed in an attack on the Deir Ez-Zor airport.

Basu described Martine and the other mothers she met as regular women, just like anyone else.

But “at the same time they are ostracized from society in Belgium. I wanted to get that effect of isolation within the mundane, which is why I photographed Martine in a restaurant but perceivably in a corner on her own. ... These are places that we see people normally inhabit, but at the same time isolation was important for me to come across in the piece.” 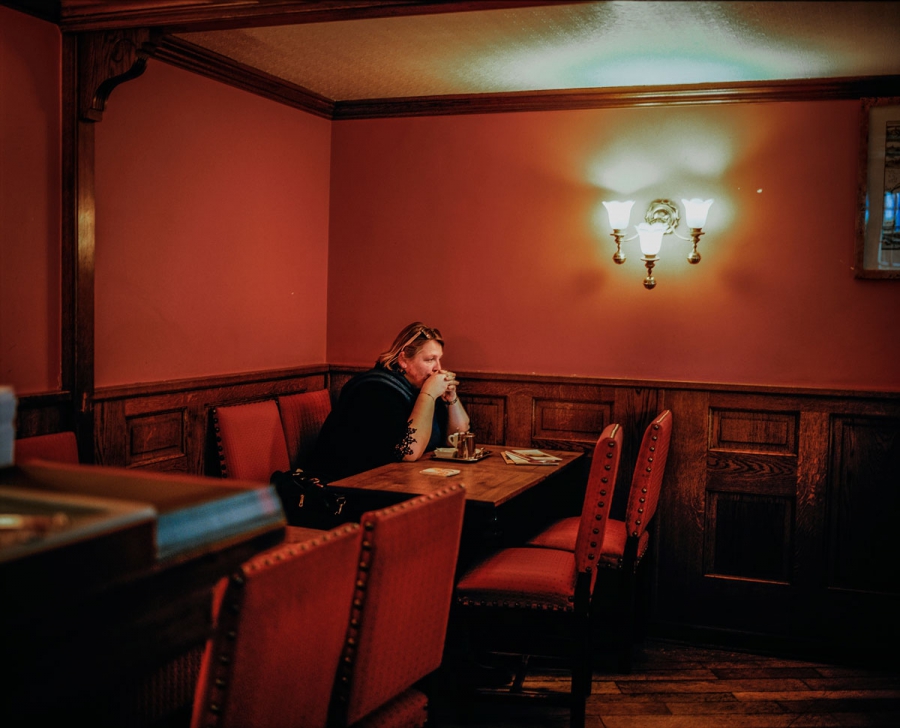 Martine's son died in Syria in February 2014. Her son was an 18-year-old high school drop out who told his mother his Arab surname did not appeal to employers was lured by recruiters from radical groups who said they did not care about his lacklustre résumé.

After the restaurant, Basu and Martine decided to take a walk in a nearby park.

“I asked her if she wanted to be photographed, just surrounded by the trees. And she said ‘yes,’ and I thought that would make a really powerful picture. At the end of the day it’s about them and how they feel in this world. ... It’s this vacuum of grief.”

Dealing with trauma is difficult. But these three mothers are trying.

Photographing them “was really my way of understanding and investigating this emotional and psychological landscape for the women really mourning for their sons and those that have departed,” Basu said. “How does one deal with trauma? How does one deal with losing a child whose death is so difficult to explain, understand or mourn?”

Additional reporting for these photos and story came from Lisa De Bode.