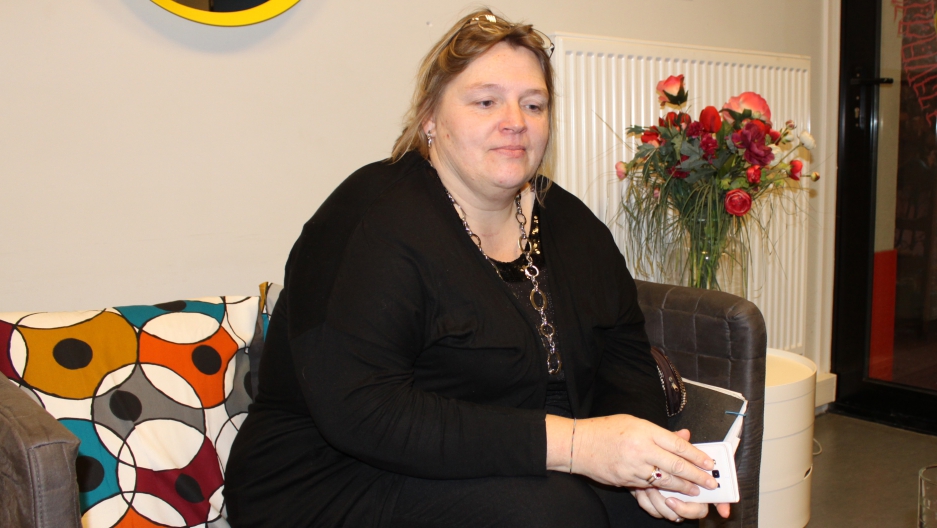 Hundreds of young Belgians have left their country to join groups like ISIS in recent years. And for every fighter who goes to Syria there’s a family back home affected by that choice.

Geraldine Henneghien’s son Anis left for Syria in 2014 and was killed there in 2015. She’s now part of a support group numbering 48 people.

“It’s not easy for a parent when we lose a child,” she says. “I have no body, nothing. Only that my son will never come back.”

There’s also a great sense of shame and stigma.

“When your son or daughter leaves for Syria, you are alone in Belgium,” she says. " We are considered terrorist parents. It's very difficult for us."

Family members have turned to one another for support, but also for advocacy purposes. They want to prevent more kids from radicalizing and they want to help those who have left the country to find a way to come home and be rehabilitated.

“We can go to the authorities and say please help us,” says Henneghien. “We are here, these children are Belgian children, we must help them. And we must also help the parents.”

Henneghien grew up in Belgium and married a Moroccan immigrant. She converted to Islam 22 years ago. Her troubles started when her son wanted to take a year off after high school. She and her husband said fine, but he had to get a job. But he couldn’t find one, which Henneghien attributes to the discrimination faced by young people of North African descent here.

When Anis started getting up early for morning prayers, she thought it was a sign of newfound discipline, not a red flag for radicalization. Looking back, she realizes it was part of his recruitment by jihadists. Next thing she knew he was talking about the plight of the Palestinian people and how no one was helping them.

And then he started talking about Syria.

“It was more aggressive,” she says.

“He said, ‘No authorities were helping the Syrian people, nobody was doing anything for them. I must help them. I’m a Muslim and I can’t stay on my chair while they are dying at the hand of Bashar [Assad], and so on.’”

Henneghien and her husband talking him, reasoned with him, even suggested he go to Syria with a non-governmental organization if he was so impassioned about the cause. They became more and more concerned his positions were hardening.

When they found out he was planning to leave for Syria, they went to the police and tried to have him put on a no-fly list. They were even assured he would be stopped if he tried to leave. But the next thing they knew, authorities were calling them not to say they’d stopped him but that he was on his way to Turkey.

Eventually she was able to talk to an official who told her they couldn’t stop him in the end, because he wasn’t a minor. He was 18.

Henneghien managed to stay in touch with her son by text over the next months but she was never able to persuade him to return home. A year after he left she received the message she had dreaded.

“I didn’t receive a call, I received a short message from a young boy who was there. He said to me, ‘Are you the mum?’ I said, ‘Yes, I’m the mum.’ He said, ‘Your son has died. He was a good guy. He was loved by everybody. We are very sad that he’s died. You must be proud of him.’ I asked, ‘Who are you?’ He said, ‘I’m a friend of your son and he gave me your phone number and he said if I died to let you know.’”

Henneghien breaks down as she gets to this part of the story.

Her grief is palpable, but so is her sense of mission. She spends all her free time on the move, talking to the news media, in schools, at conferences. She wants to educate young people about the dangers of extremism and she wants the Belgian government to get its act together on security and prevention. That includes getting more creative about prosecution and rehabilitation. She says young recruits need to be able to change their mind and come home but right now there’s no incentive because they’d be thrown in jail.

"We say to the authorities, please, change your message," she says.

Most of all she wants young people, especially young Muslims, to take their place in Belgian society. She said she never knew how much her own son was struggling to feel integrated in his own country.

She's had teenagers at schools say to her, “We see no future. We have no place. They don’t want us.”

She tries to persuade them otherwise.

“You have your place,” she tells them. “You are the future of Belgium.”