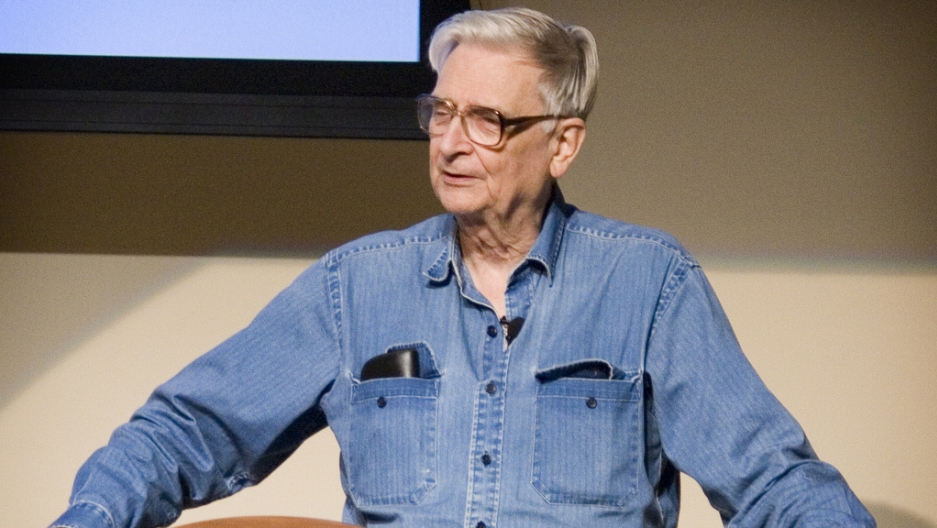 Dr. E.O. Wilson addresses the audience at the dedication of the E.O. Wilson Biophilia center at Nokuse Plantation in Walton County Florida.

E.O. Wilson occupies a special place in the science world. Not only the world's most famous entomologist, he's a big thinker with a knack for stirring up controversy.

He founded the field of sociobiology, which transformed the nature-nurture debate, but also earned him plenty of enemies. He introduced the idea of "biophilia" to suggest that humans have an innate affinity for nature. And in recent decades, he's been the most prominent advocate for biodiversity. In fact, his new book "Half-Earth" argues that the only way to stave off mass extinctions is to set aside half the planet's surface as nature reserves.

So when Wilson publicly embraced the proposal to wipe out several entire species of mosquitoes — particularly those carrying malaria and the Zika virus — it stunned a lot of people. How could the great champion of biodiversity call for the extinction of another species?

Do humans really have the moral justification to eradicate another animal? Wilson, now 86 and retired from Harvard, no longer does many interviews, but Steve Paulson recent caught up with him to talk about mosquito-cide.

SP: Given your history of advocating for biodiversity, I was astonished to discover that you wouldn't mind seeing some species go extinct - for instance, the African guinea worm and several species of mosquitoes.  Can you explain your thinking?

EW: There might be an even longer list when we get right down to it! There are species in the world which have for tens of thousands of years specialized on humans. They can only live on humans. Of course, a lot of pathogens use them to feed on humans, such as malaria, viruses and various forms of bacteria. These include a group of mosquitoes called the Anopheles gambiae. We don't want to wipe out all Anopheles because that's a vital link in food chains around a lot of the world.

But Anopheles gambiae — the group of species in Africa that co-evolved with people over thousands of years — is specialized to live in human settlements and lives on human blood. As a result, it's a principal conveyer of malaria. That's one I wouldn't mind seeing go.

What I would do is make a good sample and get them into liquid nitrogen. We haven't gotten rid of every genome of the smallpox virus and I think we could do the same [with Anopheles gambiae], but we need to get them off the face of the Earth for our own minimal welfare.

SP: Would it really be OK to target and wipe out those mosquito species that carry human diseases?  Wouldn't the environmental impact be severe?

You have to find out which species are carrying particular pathogens and then you can go after them. It's highly unlikely that you could eliminate them entirely, but there will be regions where the pathogens also occur, and that's where you want to take out the mosquitoes. We want to take out Aedes aegypti, if we can, in the Zika areas. And also yellow fever, which is persisting.

I would not want to see the species wiped out entirely, though, until we could make much more cautious estimates about how that would affect all the rest of life.

SP: Is there any precedent for intentionally eradicating an entire animal species?

EW: Yes. One case was the flesh fly, which is a dreadful fly that lays its eggs on scratches and wounds of animals and the larvae, when hatching, burrow into the living flesh of the animals. It was causing a lot of problems with livestock, including cattle.

It's a ghastly kind of animal. Just for economic reasons, it made sense to take it out in the main areas where it was causing considerable damage to animals, to the economy. The method invented to take it out was to breed in the laboratory vast numbers of males and then sterilize them and release them over the areas where the mating was taking place.

The lady flesh flies didn't know the difference, and this actually succeeded in eliminating the flesh fly over a large area.

SP: That's exactly what people are talking about doing with these mosquito species.

EW: It is. I'm just saying that aside from Anopheles gambiae, the malaria carrier that's adapted to human beings in particular — for which I would gladly throw the switch and be the executioner myself — we should make removal of populations, maybe even occasionally entire species, highly informed and surgical.

Not with the mass destruction of whole populations, because we don't know what damage we're doing to everything else when we attempt something like that. And I cannot emphasize enough that this is a minute fraction of the millions of species of insects and other small creatures.

SP: Doesn't this raise the specter of humans playing God?  Even if we acknowledge that certain mosquito species cause all kinds of harm to humans, is it morally justified for us to intentionally engineer the extinction of another species?

EW: In extreme cases like the one we're describing, yes.

SP: I've talked with other scientists and science journalists who were, frankly, startled to hear that you, E.O. Wilson — the most famous entomologist in the world — say it's OK to eradicate entire mosquito species. It felt like a turning point in how we talk about this idea. Given your status in the scientific world, do you feel some personal responsibility for taking a position like this?

I always thought we should get rid of Anopheles gambiae. We know enough about those species and we know the damage they're doing. But to emphasize one more time, we believe there are two million or more species of insects alone.

I'm talking about a very small number of species that have co-evolved with us and are preying on humans, so it would certainly be acceptable to remove them. I believe it's just common sense. It's morality with a strong scientific basis that needs to be considered.

This story is part of a series on mosquitoes from To The Best of Our Knowledge.  Subscribe to the TTBOOK podcast.