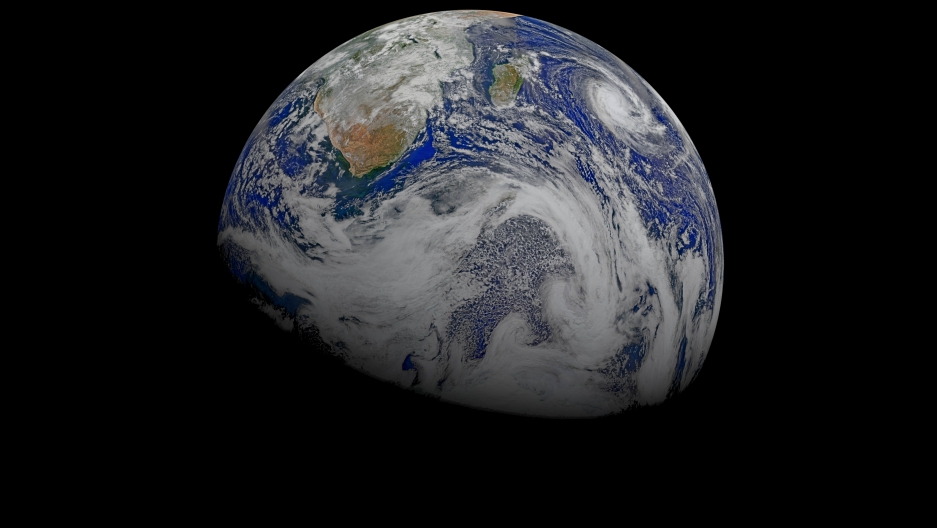 We may need to protect more of Earth if we want to stave off another mass extinction event — one that could affect humans.

But if you add it all up, the tally of protected land in the US is still only about 14 percent; worldwide, it’s about the same. And that, argues Harvard biologist Edward O. Wilson, isn’t nearly enough to stave off another mass extinction of the world’s biodiversity. If we want to preserve our wildlife, Wilson says, we need to set aside at least half of the world’s lands and seas.

“At one half,” Wilson says, “we are now very roughly in a position of moving the extinction rate ... down to 10-20 percent over what's going to happen if we leave it alone.”

Wilson argues that setting aside half of the Earth for preservation is not as difficult as it sounds.

The America that most Americans never see

“It's a matter of putting together ... the remaining real wilderness areas, which are substantial, on the land,” Wilson says. “That's not as difficult ... as it might seem: creating corridors, picking the largest areas that are available and designating them, and just moving it on up until we come to about half. .... It can be done easily in the sea where we have three percent covered now and we can take it up over 50 percent by simply setting aside the open seas and preventing fishing there.”

Wilson says the political and practical mechanisms to make half the world into a nature reserve already exist.

“We already have various devices within the United Nations,” Wilson says. “The National Park System, unknown to most people I guess, already has a series of methods by which this can be done to great efficiency.”

The Harvard professor emiritus of biology, who has written a book called "Half-Earth: Our Planet's Fight for Life," also insists the project could be done without forcing anyone to move or give up their personal property rights.

“Setting up of what is called the national natural landmarks ... and with that designation, allowing people who are there to continue being there and having their own property. ... I think by persuasion alone it will be possible to do that,” he says.

Even if the nations of the world can be convinced to set aside half of the Earth’s land and sea mass for preservation, Wilson says there will still be a battle to keep people from violating what is protected on paper.

“The worst place in magnitude is Indonesia, which has laws against the cutting of more rain forests in many very rich areas like Borneo. But the laws are just overlooked. And we are still getting massive cutting and burning throughout Indonesia,” Wilson says. “This comes down not to what government policy is ... it comes to just public leader or political leaders looking the other way. So if we can mount at the same time as realistic procedures to aim for that half Earth mark ... then increasingly that can be a moral issue that could, I hope, eventually be universally accepted.”

The consequences of not setting aside sufficient reserves, Wilson says, are catastrophic.

“At the present time we have driven the fisheries of the world down, according to one study ... to only between 17 and one percent of their original quantity,” Wilson says. “And it's going on down with predictions of a lot of fisheries collapsing within 50 years. How do we get out of that? Well, one way we get out of it is ... making a reserve of the entire open ocean and the result would be — it looks pretty firm to me — an increase in the worldwide production of all of the fisheries in the coastal waters.”

Let us know below what place on Earth you would set aside. Fill out our form or leave a comment.

Fill out my online form.